Monkeypox: symptoms, how it is transmitted between humans and new confirmed cases in Valencia

The Ministry of Health analyzes three suspected cases of monkeypox (Moneypox) in the Valencian Community, one per province, and has ruled out a fourth compatible contagion in Valencia. 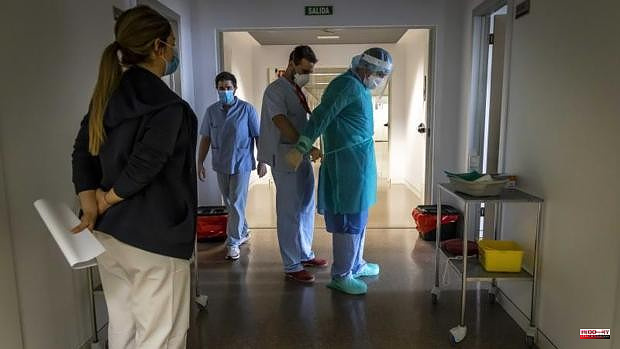 The Ministry of Health analyzes three suspected cases of monkeypox (Moneypox) in the Valencian Community, one per province, and has ruled out a fourth compatible contagion in Valencia. One of those that are in the study phase, that of Castellón, is a young elite athlete who remains admitted to a hospital waiting to know the results analyzed by the National Center for Microbiology.

During last Wednesday, the new Minister of Health, Miguel Mínguez, used the arrival of monkeypox as an example to address structural improvements in Public Health services. A crisis that already affects a total of nineteen countries where zoonotic infection is not common, with more than 200 confirmed cases according to the European Center for Disease Prevention and Control (ECDC).

Since last week, the Generalitat sent an alert to the Departments of Health, Public Health centers and AIDS Information and Prevention Centers (CIPS) of the Valencian Community with the pertinent indications about the disease, its causes and its detection.

Likewise, this letter included instructions so that in the case of identifying compatible infections, they urgently contact the Preventive Medicine services to initiate the corresponding epidemiological investigation.

In parallel, the Progenie Molecular laboratory, based in Valencia, has designed a kit that allows detecting the virus that causes monkeypox, based on a PCR and that will soon begin to be distributed in hospitals and clinics that have placed their orders.

Monkeypox is considered a rare disease, which generally presents with fever, myalgia, inguinal lymphadenopathy (swollen glands) and a rash on the hands and face, similar to that of chickenpox.

At the moment, there are no specific treatments or vaccines. Based on scientific studies, it is normal for those infected to develop rashes that usually start on the face and then spread to other parts of the body, such as hands and feet. A short time later, the rash changes and goes through different stages before it crusts over and finally falls off.

The case fatality rate, based on documented epidemic events, is less than ten percent. The most serious cases occur more frequently among children and depend on the degree of exposure, the health status of the patient and the severity of possible complications.

As explained by the Spanish Society of Emergency Medicine, this endemic zoonosis circulates in unknown hosts, probably rodents, and can be transmitted in contact with animals, people or infected material through broken skin, mucous membranes and the respiratory tract.

The spread of the virus through direct and indirect contact with live and dead animals is considered the main factor in human infections, which occurs mainly through respiratory droplets, although it can also occur through body fluids or contaminated objects such as clothing.

The incubation period for this disease ranges between five and twenty-one days, although most cases proliferate between seven and fourteen days after exposure to the infection.

1 Police were urged to enter a Texas school by onlookers 2 Arrested for allegedly killing a man in Tarrasa after... 3 Matthew McConaughey spoke out about the shooting that... 4 Three reasons Trump's influence suffered a major... 5 Threats or witch hunts: schism in the First RFEF due... 6 A New Mexico fire destroyed the New Mexico Elk Calves.... 7 Twitter will pay a $150million fine for improperly... 8 The elderly couple from Uvalde who prevented a major... 9 "I don't know how to live without you":... 10 Oklahoma Governor Signs Nation’s Most Restrictive...