The unopened letters are piling up while the fridge is empty. 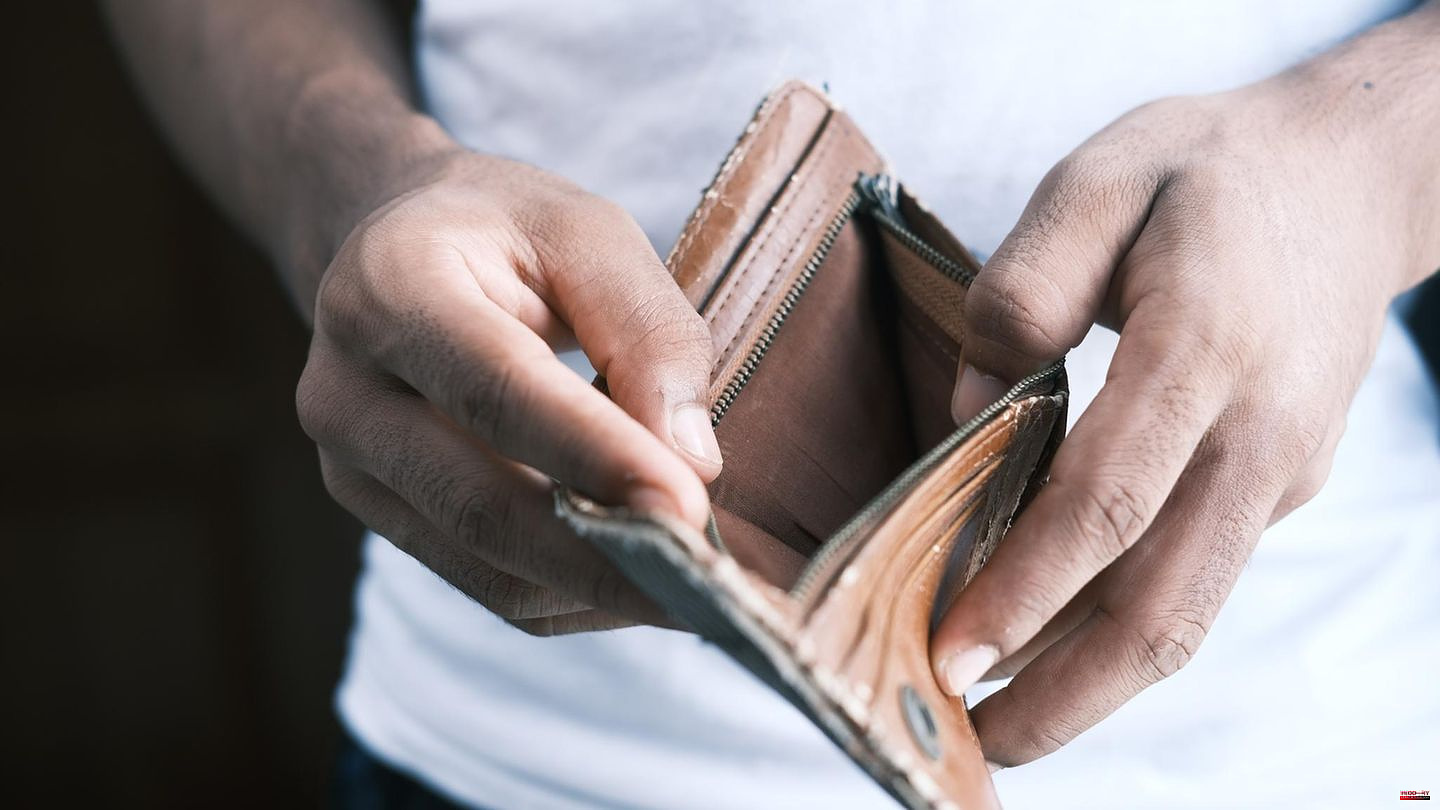 The unopened letters are piling up while the fridge is empty. Window shopping awakens new longings – always knowing that there is just enough money for the weekly shop in the supermarket, if at all.

Those who live in poverty are used to renunciation. But the constant money worries often lead to constant stress and can even promote the development of mental illnesses.

In any case, this is the result of numerous studies in recent years. Author Olivier David is someone who has experienced the interplay of poverty and mental illness first-hand. The 34-year-old grew up with his siblings with his single mother in Hamburg's Ottensen district and has written a book about his childhood.

When the Hamburger talks about his past, for example in conversation with the star, he always emphasizes one thing: "We were not a family in which food was regularly missing. There are other cases where it was much worse ." However, poverty does not only begin when food becomes scarce. Poverty depends on the standard of living that prevails in one's own country. This means that someone who is considered poor in Germany could be viewed as rich in another country.

The decisive factor for determining the poverty line is the median income – i.e. exactly the middle of a country’s total income. In Germany, the median is currently around EUR 44,074 gross per year for a single person. This corresponds to a gross salary of 3,673 euros per month.

Anyone who earns less than 60 percent of this, i.e. less than 2,204 euros gross, falls below the poverty line in purely statistical terms. According to the Federal Statistical Office, around 13 million people are currently on the verge of the poverty line.

Currently, inflation is putting even more pressure on the low-income classes. There may still be enough money for the weekly shop, but trips to the museum, watching a film in the cinema or having dinner in a restaurant are far removed from reality for many people. They are affected by relative poverty.

"Any form of poverty leads to exclusion," says David. But he only really understood that as an adult. As a child, however, he was less aware of his family's financial situation: "I didn't even realize that we were poor when it was obvious."

The man from Hamburg now speaks openly about growing up in relative poverty – and the consequences that had for the rest of his life. The 34-year-old suffered from psychological symptoms such as depression and impulsiveness at an early age, but only sought professional help as a young adult.

Today he knows why he waited so long: "Poverty causes stress and ties up mental capacity. This then lacks the ability to deal with one's own psychological problems."

Statistically, mental illnesses are more common among low-income people than in other classes. A recent study by the Robert Koch Institute was able to show that around a third of men and more than 40 percent of women from the lower class suffer from a mental illness every year. For comparison: In the total population, 27.8 percent are affected by mental illnesses every year.

According to a study by the Massachusetts Institute of Technology, people with low incomes are three times more likely to be affected by depression. Anxiety disorders, schizophrenia and suicide are also more common. One possible reason: According to recent research, persistent and parent-mediated poverty changes children's brains. Accordingly, the fear center is more activated, while the content of the happiness hormone serotonin is comparatively low.

Persistent money worries can also lead to a variety of physical symptoms, including headaches, constant fatigue, high blood pressure and gastrointestinal problems. Nevertheless, many people affected by poverty either go to doctors or therapists too late – or not at all. The result: Poor people have a significantly lower life expectancy than people with higher incomes.

And Olivier David is convinced that the feeling of poverty will remain when you start earning more money. He himself now lives in Hildesheim and studies literature, and in terms of income no longer belongs to the lower class. "My socialization is still present every day," says the author of the star. His childhood is "in his bones". For example, he runs faster than other people when he is walking alone. The reason: "The inner pressure of always having to deal with a new problem."

Another problem shared by many people in poverty: isolation. Professor Petra Böhnke and Sebastian Link from the Department of Social Economics at the University of Hamburg were able to show in a study that low-income people participate less in social life and are therefore more affected by loneliness. The only social area that is hardly affected by poverty: the family. Here socialization shapes the problem burden and the way in which conflicts are dealt with – but not the cohesion.

During his childhood, Olivier David felt a close connection to his siblings and his mother: "Home was a place where nobody could harm us," he says. "We had a feeling of 'us against the world'. We never explicitly talked about it, but each of us had that feeling." However, as soon as the hamburger left the house, everything felt like a fight.

Despite numerous studies, it has not yet been clearly clarified which comes first: mental illness or poverty. The fact is that both occur together. And dealing with mental illness is all the more difficult for people.

After all, people affected by poverty often suffer from stigmatization. A similar stigma still hangs over mental illness. In society, both are often wrongly linked to failure.

This triggers shame and guilt in those affected. Olivier David reports: "I had internalized failure so much through my upbringing that I didn't even expect myself to be successful. In the end, that often led to self-sabotage."

Poverty is a social problem that cannot be solved overnight. Nevertheless, there are ways and means to make it easier for those affected to seek help. For example, by expanding the range of therapies and making them more accessible and gradually changing the public image of poverty and mental illness. Because, what is often forgotten: both can potentially affect anyone.

Particular attention should be paid to young people in this regard. According to studies and surveys, these are not only the most likely to be exhausted and are increasingly complaining about psychological problems, but also have an increased risk of falling below the poverty line.

Another factor in turn leads to increased internal pressure, as youth psychiatrist Michael Schulte-Markwort explains in an interview with "Dlf": "My father was able to say to me: You should have it better one day and we both knew that would happen. And today children tell me: I don't know if I will be able to maintain the standard of living of my parents"

Hamburg-based Olivier David is now writing his second book. He has already achieved a higher standard of living than his parents - but has not yet reached his goal: "I would like to think less often at the end of the month, 'How am I supposed to pay for that?' I have said this sentence far too often in my life thought."

Sources: Study by the University of Hamburg, report by the German government on poverty and wealth, report by Deutschlandfunk,

1 Good to know: why coffee sometimes makes us tired 2 Travel law: free travel cancellation in the pandemic?... 3 Energy prices: City Day: Traffic lights must not get... 4 Tensions with China: US supplies Taiwan with weapons... 5 Air traffic: Situation at Frankfurt Airport stable... 6 Saarlouis: Five seriously injured in a car accident 7 National player: Captain Popp: "As of now, I... 8 US Open: Double Krawietz/Mies misses round of 16 at... 9 Back from the summer break: Jan Böhmermann's... 10 Ratings: "Murder sisters" start strong 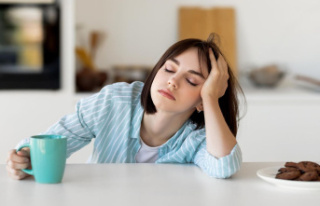 Good to know: why coffee sometimes makes us tired