The reversal of the relationship of forces in the Constitutional Court, which will go from a conservative majority 7-5 to a progressive majority of the same proportion, will still have to wait a bit. 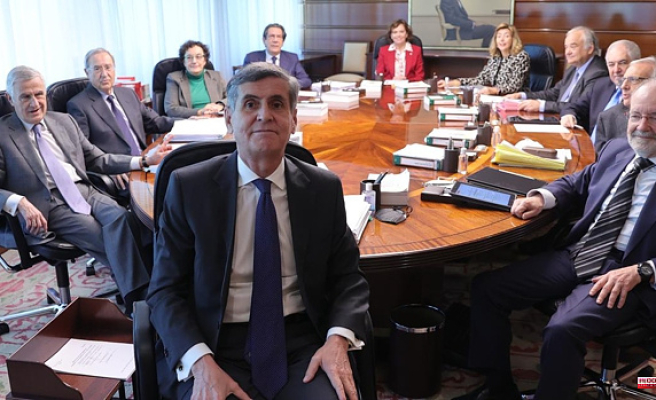 The reversal of the relationship of forces in the Constitutional Court, which will go from a conservative majority 7-5 to a progressive majority of the same proportion, will still have to wait a bit. Although this Sunday the mandate of the four magistrates whose appointment corresponds to the Government and the General Council of the Judicial Power (CGPJ), among them that of the president and that of the vice president, the renewal will not take place on time. The Government has decided to wait for the elections in Andalusia to propose its two candidates and not open the melon of possible unconstitutionality beforehand, which would mean a partial renewal in which the CGPJ, in office for three years, would not be present. and a half.

The link between the governing body of the judges and the TC is clear from the moment in which the reform promoted last year by the PSOE and United We Can to prevent the CGPJ from making appointments while in office does not allow this body to appoint the two magistrates that correspond to him in this partial renewal of the TC. In this way, until the new Council is constituted – something that would only be possible if the negotiations between PSOE and PP are unblocked – the mission entrusted to it by the Constitution in article 159 cannot be carried out. twelve members of the court will be appointed for nine years and will be renewed every three years by thirds, that is, four by four. One of those thirds is at the proposal of Congress (the four magistrates who were renewed two years late last November); another third at the proposal of the Senate, and the last third at the proposal of the Government (two) and the CGPJ (another two). Appointing only two of the four outgoing members would mean a renewal by quarters, not by thirds, something that the Magna Carta does not foresee, which, as legal sources recall, unites two different wills and at the same time in this specific renewal: that of the Executive and the of the Judiciary.

Although there are those who defend that the two Executive candidates could land without waiting for the two from the Council (it was done with the UCD when the TC was constituted and the CGPJ had not yet been elected), the mere fact that the debate of the possible unconstitutionality of this partial renewal throws the Government back. Hence, neither the previous Council of Ministers nor next Tuesday's announcement of the two candidates to be part of this body is expected.

The situation, of course, is completely new because just as there have been delays in the renewal of the thirds that correspond to Congress and the Senate (precisely due to the lack of agreement of the parliamentary groups), that of the third that depends on the will of the Executive and CGPJ has been working on time for forty years.

Added to this are also the doubts that exist in the Government that the current plenary session of the TC, with a conservative majority, is going to give the placet to the two candidates that the Executive puts on the table with that peculiar interpretation of the constitutional mandate that obliges it to have the CGPJ. Others do not even see so clearly that the two magistrates concerned by the entry of those proposed by the Government (González Trevijano and Narváez, appointed at the time by the Rajoy Government) could be present at that Plenary. The tension that the debate on his presence or absence would cause would cause an internal conflict that is to be avoided both inside and outside the court.

In any case, the Government has desisted from making its proposal with the confidence that after the elections in Andalusia next Sunday 19 the renewal of the CGPJ will be a reality, something that is also taken for granted by sources close to the PP, who already They are convinced that regardless of the study of another model for the election of members of judicial origin, the renewal and fulfillment of the constitutional mandate cannot be delayed any longer. It is taken for granted that the new leader of the Popular Party, Alberto Núñez Feijóo, will address this issue bluntly and relaxed if the forecasts of the polls regarding his formation are fulfilled.

After a period of negotiations that do not have to last too long – it is not starting from scratch, legal sources remind ABC – the Council could start the second half of July, once the eight members of non-judicial origin have appeared in Parliament, as required. Bearing in mind that the first plenary session of the CGPJ is the one that elects the president of the governing body of the judges – which is also the president of the Supreme Court – it would be very hasty for the election of its two candidates for the TC to take place in that Plenary, so everything would point more to that election being held in September, with the start of the new judicial year.

What the Government is clear about is that it is one thing to give a margin to the new PP and another that the blockade continues to continue without the possibility of an agreement. In that case, the Executive would take the step to carry out the renewal of the two candidates that correspond to it in this renewal with the risks that this initiative may entail for the purposes of possible unconstitutionality. The relationship of forces would go from the current seven-five to a six-six, always assuming that the current plenary session of the TC gave its approval to this maneuver.

1 Clara Gutiérrez: «Last year alone, 100,000 million... 2 Viñedos de Álava, the project that threatens to... 3 A victim of an abusive facility seeks out her Korean... 4 Former president of Bolivia sentenced to 10 Years... 5 US: China's military activities around Taiwan... 6 NBA Finals: An unstoppable Curry ties the series between... 7 UK military: Russia uses anti-ship missiles against... 8 The booths of the Madrid Book Fair will close this... 9 Venezuela president praises Iran fuel shipments during... 10 Unbeatable Climent on the first day of the Cutty Sark... 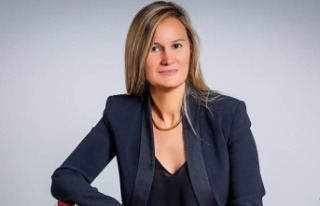