Moncloa could save 2,800 Euros per year by installing self-consumption

Photovoltaic panels could help save as much as 3,900 euros per monthly on the official buildings of the President of the Government, and regional officials from different communities. 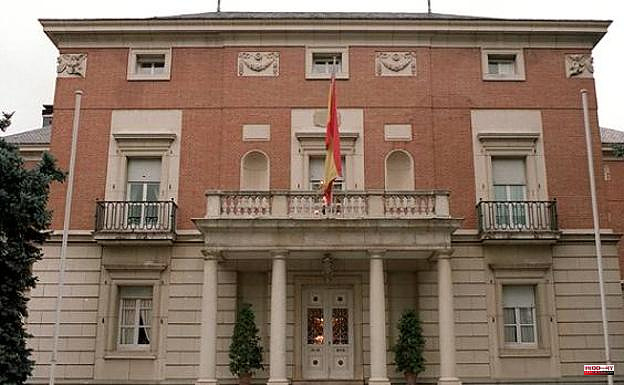 Photovoltaic panels could help save as much as 3,900 euros per monthly on the official buildings of the President of the Government, and regional officials from different communities. The Palacio de La Moncloa could have a photovoltaic output of up to 10,629kW/h annually if it had a self-consumption system installed and a battery. This would result in a savings of as much as 2,800 euros per annum for the public coffers. We use the Spanish electricity prices to guide us, even though the president's residence has a rate that is negotiated outside of the wholesale market. The 30-year lifespan of the installation means that the President of Spain and his family could cut their electricity bills by between 70,000 to 84,000 euros.

Otovo, a Norwegian company that specializes in residential self-consumption, has analysed the potential of the roof on the building where the President and his family live. The average home's consumption, along with the dimensions and needs of the home, is considered. This home would have a monthly bill of around 292 euros. Fixed costs, which can be anywhere from 30 to 50%, should also be taken into consideration. With a solar self consumption ratio of 60-75%, you could save close to 250 euro per month starting from this premise.

Otovo's study includes the same calculations for residential buildings in autonomous communities where their presidents reside.

The Palacio de San Telmo in Andalusia could produce as much as 11,528 kW/h annually with a photovoltaic solar self-consumption system mounted on its roof. This could result in a savings of up to 3,030 euro per year for the public coffers.

The official residence of the president in the Canary Islands could produce as much as 10,754 kWh annually. This could result in a savings of as much as 2,820 euros each year.

The Casa dels Canonges in Catalonia, which is the official residence for the president of Generalitat, could produce as much as 10,580 kWh annually and save 2,800 euros each year.

Castilla y Leon is the official residence of the President of Board. It could produce as much as 8,551 kW/h and save 2,250 euros each year.

Extremadura's official residence could produce as high as 14,972 kW/h and save 3,900 euros annually.

The Palacio de Monte Pio in Galicia could produce as much as 8,441 kW/h annually with savings of up to 2,220 euros.

1 Casado's anti-Vox campaign is entangled by Ayuso,... 2 UK seeks to extradite Kevin Spacey 3 Malu rediscovers the roots of her family 4 The Official State Gazette donates the Royal Charter... 5 Nuria Vilanova: "Despite the uncertainty, there... 6 In a week of full green, the Ibex gains 5.3% 7 Before Ayuso's victory, the PP barons surrendered... 8 A white coat can help you avoid the 'green'... 9 Nestor Sanmiguel, industrial tailoring to Reina Sofia... 10 Fundacion MAPFRE presents two exhibitions: 'Perez... 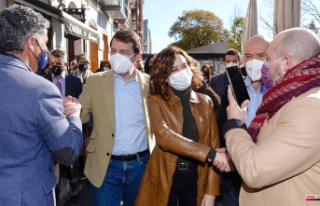