In Spain we went from menarche to monarchy in a blink of an eye, as if we were playing a crazy final thread of Pasapalabra and we didn't know how to get out of the letter eme. 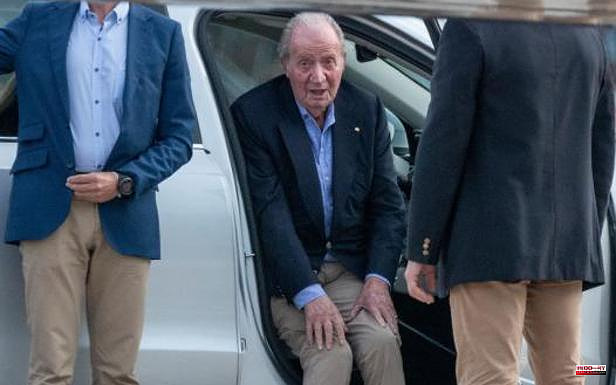 In Spain we went from menarche to monarchy in a blink of an eye, as if we were playing a crazy final thread of Pasapalabra and we didn't know how to get out of the letter eme. The king emeritus has come and the Republicans have missed the opportunity to go to Vigo airport to receive him in style, with banners, chants and confetti, as if he had just won the Champions League. One day they will have to recognize that Don Juan Carlos is the person who has done the most for the advent of the Third Republic in Spain, much more than Garzón or Iglesias, those ungrateful mindundis who, instead of criticizing him, should be erecting a monument to him by subscription popular. If his son leaves him, Juan Carlos I, expert in transitions, could complete an amazing reign, bringing first democracy and then the republic, which would definitely place him in an unattainable place in history.

However, the recent visit of the emir of Qatar shows us that the rehabilitation of the emeritus is still possible. It would be enough for Don Juan Carlos to buy a piece of land in the desert, put in a couple of wells and start spurting gas. In this way, the next time he comes he will not only be able to sleep in the Zarzuela, but also be received with genuflections by the President of the Government, once again receive fleeces and medals and even stay here to live, as long as he keeps the tap open . In case of doubt, we can ask Emir Al-Thani, a polyamorous but sober guy, who could have come with all three of his wives and was content to bring only one. Those details are what you have to take care of when you want to sell hydrocarbons to a green and feminist government.

1 Formula milk: Ottawa is doing “everything it can”... 2 Requiem for a rural school 3 Visual guide to monkeypox: what it is and how it spreads 4 LBJÉQ: The Royal wants to win in memory of Flavio 5 Metcalf beats Kerman Lejarraga on points to win the... 6 “I am passionate about lives on the edge”, confesses... 7 Wedding marathon in the month of May 8 The DGT clarifies when you can overtake even if it... 9 Hydro-Énergir agreement: Option consommateurs is... 10 The sexuality of the ball 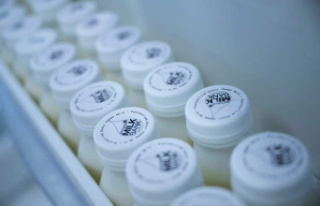 Formula milk: Ottawa is doing “everything it can”...