Modric: "Real Madrid is everything to me, I feel like just another madridista" 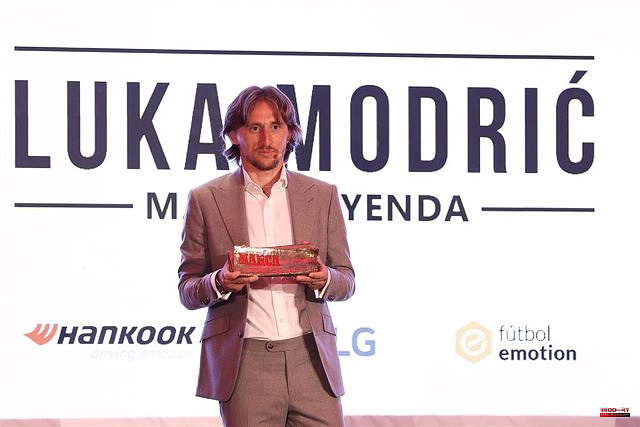 Real Madrid midfielder Luka Modric confessed this Wednesday that the white club is "everything" for him, which is why he feels "just another madridista", at the same time that he wanted to finish his career with the merengue team and recalled the comebacks against PSG and Manchester City in the Champions League as the most fun and the most complicated, respectively.

"Real Madrid is everything to me, it's my home, I feel very happy. From the first moment it's been impressive to be here, I feel part of Real Madrid. I'm just another madridista, that's for life," Modric said. before receiving the Marca Leyenda award at an event held in Madrid.

During the event, the Croatian recalled Real Madrid's tenth European Cup as the "most magical" moment since he joined the white team in 2012. "It was incredible to win in such a special way," admitted the assistant of the famous tie. one to force extra time in the 2014 Lisbon final.

And it is that for the Croatian it is "difficult to explain what happens at the Bernbéu on Champions nights." "It's something magical, we never give up, we fight to the end and that's what this club teaches us, to never give up," he referred to the comebacks against PSG, Chelsea and City in the Whites' fiefdom this year.

"The most complicated comeback was that of City, because there was hardly any time left. But the team and the fans trusted until the end. This is the DNA of this club. The funniest, against PSG, were a few minutes of madness. It's inexplicable and magical. It was the beginning of many magical nights, hopefully we can win another Champions League", he yearned.

The 36-year-old veteran midfielder confessed that being a Real Madrid player is "the best thing that can happen to you", which is why he wanted to retire from the merengue team. "It's my home, I feel very happy at the club and the city, I feel very loved by the fans and my family is very happy. I hope to continue for more years and hopefully I can finish my career at Real Madrid," he said.

"I'm aware of what Real Madrid wants from me, they show it to me in every game. It's something incredible, I'm grateful for the love they give me and they show me every day. I always try to give my best in every game when I put on the shirt of Real Madrid", stated Modric, who sees it as "very important" that his rivals show him "so much respect".

The footballer was "very proud" to receive the "honor" of the Marca Leyenda award. "It is a very special award, I am excited to receive it. It is an impressive thing to be together with these legends," he added.

At the event, the Croatian felt the support of Real Madrid's Director of Institutional Relations, Emilio Butragueño, who referred to Modric as "a legend of world football". "You are a benchmark for the values ​​that Real Madrid represents, we are very happy to have you with us. You belong to the history of our club, you are marking an era that we are proud of", he praised.

"You magnify the history of football and world sport. You are a perfect example on and off the pitch. It allows us to get excited, we are enjoying your talent and leadership very much. You have earned the respect of the entire world of football and sport. It is an honor that you are a Real Madrid player," he concluded.

Finally, at a gala where he was accompanied by his family and loved ones, Modric received praise from the mayor of Madrid, José Luis Martínez-Almeida. "You are an extraordinary football player and an extraordinary person. You represent the values ​​of the sport. Luka shows that attitude is as important as aptitude. The key to Luka is talent and attitude," he concluded.

1 Muguruza falls in the round of 16 and Párrizas gets... 2 Rubiales: "It's not easy to fit in a smear... 3 Virginia Torrecilla: "Now they respect Spain,... 4 The highest contributory pension in the Basque Country 5 What the consumer should know about their electricity... 6 A classic for history 7 The bullfighter Miguel Báez 'El Litri'... 8 The Sainte-Justine emergency under great pressure 9 Bill 96 will negatively impact healthcare system,... 10 Yankees prospect was selling teammates' gear 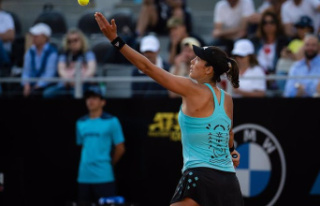 Muguruza falls in the round of 16 and Párrizas gets...