Mobile phones hacked to soccer players: what do they reveal to us?

Countless politicians and other influential people have been spied on through 'Pegasus'. 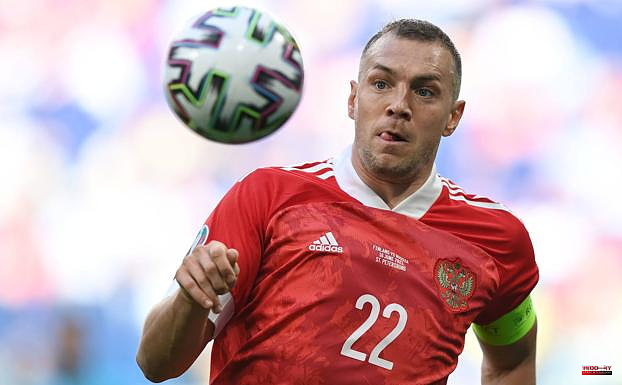 Countless politicians and other influential people have been spied on through 'Pegasus'. But you don't need such sophisticated 'spyware' to access someone else's electronic device. There are detectives that offer services to track a possible infidelity of the couple in the email, companies that advertise software to monitor workers through their terminals or hackers that clone another phone for 200 euros so that a third party can remotely access all its content.

Soccer players are among the victims. In 2020, Russian gamer Artem Dzyuba saw a solo sex video leaked online. The coach separated him from the selection. Worse was soccer player Leigh Nicol who fell into a depression after someone hacked into her iCloud account, accessed intimate photos and spread them on adult websites. She is convinced that the images quickly went viral just because she was a footballer. She had to leave social networks because about 300 men a day dedicated obscene niceties to her. No club wanted to sign her. Only the Crystal Palace offered her, after a while, to return to her profession and turn the page on her.

Sometimes, access to sensitive information is for blackmail. In 2021, five people - including Karim Benzema, who seems to have also played a role - were convicted of the attempted extortion of player Mathieu Valbuena. One of them, whom Valbuena entrusted to recover the data from his broken mobile phone, found a sexual video and unsuccessfully tried to get the player to pay 150,000 euros for not broadcasting it.

But these crimes are not only committed by isolated opportunists. Sometimes there are powerful institutions behind it. The best-selling English-language newspaper -'News of the World'-, by Rupert Murdoch, hacked the mobile phones of a long list of celebrities, including footballers such as Beckham or Ashley Cole. The group that owns the tabloids 'Daily Mirror' and 'Sunday Mirror' did the same. Justice showed that Paul Gascoigne, the most talented player of his generation, was spied on for a decade, between 2000 and 2010, and that at least 18 newspaper articles were written with information obtained from those punctures. At trial, Gascoigne said that knowing he was being watched made him paranoid: he was afraid to even talk to his relatives, he changed his cell phone five or six times a month, and even attributed his alcoholism to that persecution. He was not the only player spied on. Blackburn Rovers star Garry Flitcroft has always maintained that certain journalists hacked into his phone, thereby exposing his extramarital affairs.

In general, we tend to be unsympathetic towards attacks on the privacy of public figures, especially if they earn a lot of money and have an enviable life, like soccer players. Perhaps also because, basically, what these cases show is that there is nothing that human beings like more than snooping into other people's secrets, especially those of a famous person. The audios of Piqué and Rubiales brought to light their shady dealings, but, from the point of view of the echo that these news obtained, they also revealed that we all have a voyeur inside.

Almost 70 years ago, Hitchcock reflected in 'Rear Window' the fascination we experience for the intimacy of our fellow men. It's okay to indulge that very human need. But if I put myself in the shoes of the footballer, I understand that some are developing a certain psychosis -another legendary Hitchcock title-: they have several mobiles, they are suspicious of any unknown call, they avoid compromising comments on whatsapp. Even the partners of soccer players are with the fly behind their ears, and more than one claims to have been the victim of a hack.

I'm going to talk to Benito Zambrano so that he can consider a 'remake' of Hitchcock's classic: 'Indiscreet Screen'. He cries out against the misuse of mobile phones, the evil of cybercriminals and bad journalism. And I agree. But in this film, what role do ordinary citizens play, eager to take a gossipy look at what is hidden not by the curtains but by each person's mobile? Without us, there would be no business. We should have the lead role. Because any intrusion into the privacy of soccer players reveals more about us than about them.

1 The leaders of the black market for the sale of butane... 2 Nadal will seek the fourteenth crown at Roland Garros 3 Museum Day 2022 in Valencia: free tickets, new schedules... 4 Rueda claims "linguistic cordiality" and... 5 Affected by inhaling smoke a pregnant woman by a burnt... 6 The first Canarian coin, located in a market within... 7 The 'Crims' program identifies the young... 8 Twelve arrested and dismantled a criminal organization... 9 Toledo and Cuenca dispute the grand finale of 'I... 10 These are the requirements to enter NATO and some... 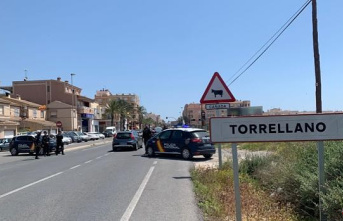 The leaders of the black market for the sale of butane...