"Nothing has changed and less after reading the report from the Prosecutor's Office. 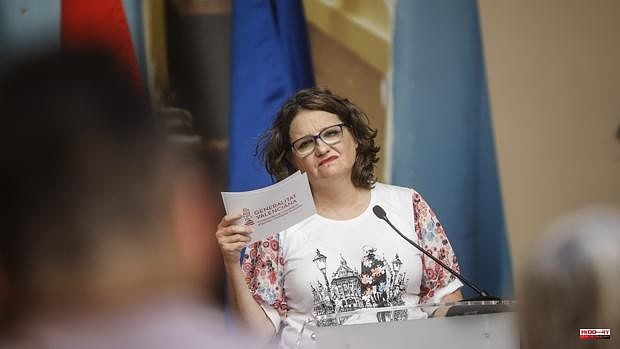 "Nothing has changed and less after reading the report from the Prosecutor's Office." The vice president of the Generalitat Valenciana, Mónica Oltra, has insisted this Friday that she will not resign -she has said goodbye to the journalists "until next Friday"- after the devastating letter from the Public Ministry in which she requests her imputation to the Superior Court of Justice and accuses him of orchestrating a plan to hide the abuse of her ex-husband to a minor under guardianship and discredit the 14-year-old victim.

The Superior Prosecutor's Office of the Valencian Community considers that the actions of the Minister of Equality and Inclusive Policies and her team could constitute prevarication, abandonment of minors and omission of the duty to prosecute crimes.

The Civil and Criminal Chamber of the TSJ must now decide whether or not to charge the leader of Compromís -registered for her status as a regional deputy- in the case with thirteen charges and officials from the regional department investigated for the alleged cover-up of the educator Luis Ramírez Icardi, sentenced to five years in prison and awaiting appeal in the Supreme Court.

Questioned by journalists during the press conference after the weekly meeting of the Consell about when she would consider assuming political responsibilities, the spokeswoman for the Government of Ximo Puig has asserted that "the truth and reality" are, for her, "the red line»: «None of these thirteen people nor I have done anything illegal or dishonest».

Oltra has assured that she feels supported by her colleagues in the Executive and faces the process "with patience". She, too, does not consider turning away from her to focus on defending her. His lawyers are already in that, he has stressed, while stating that "I would lie if I said no" he has been surprised by the harsh tone with which the prosecutor Teresa Gisbert expresses herself in an extensive 69-page document, which she revealed this Thursday ABC.

"Here what is being said is that thirteen people, each one of his father and his mother, have lied to the judge to protect me." «I don't know what these people vote for, what they think, if they like me or not, or if they share the Botánic's political project. And besides, I don't care. What I do know is that they are people who, some of them, have been serving the Administration for twenty years and that their professionalism is being questioned », he explained.

"When the truth becomes unbelievable, this country has a problem. Not only of the extreme right, but of democratic defense. "If it is impossible for the Prosecutor's Office for thirteen people to act freely and according to their professionalism and independence, we have a problem," he stressed. “If it is impossible for everyone to be wrong, instead of thinking that there is a conspiracy there, what if we conclude the simplest thing, which is that they were not wrong?”, he added at the insistence of the media.

"I am not taking away relevance" from the position of the Prosecutor's Office, but for that reason "the accusations have to be based on reality, facts, evidence and evidence, not on conjecture and speculation", which "have been dragging" from a sentence whose "opinions" have become "an absolute truth", referring to the ruling of the Valencia Court -ratified by the TSJ- that sentenced the aggressor, a worker at the residence where the minor lived.

The vice president has rejected that there has been a change of version about whether she ordered - as she initially assured to back down weeks later - to open a parallel investigation to the one that was already underway in a court about the abuses when she learned about them when they were broadcast a restraining order from the aggressor on the victim.

"I made the statements in a highly emotional context in which five more people had just been accused of doing nothing", so by making a "figurative use of language" he meant that these workers had acted "professionally". "It was a way of making me responsible for what had been done," he added.

At the moment, the president of the Generalitat, Ximo Puig, has limited himself to expressing his respect for the Justice, in response to the requests for dismissal from the opposition parties.

1 Castilla y León announces a plan to "monitor"... 2 These are the changes of the urban bus lines for the... 3 Selectivity in Catalonia 2022: this will be the university... 4 The nine spaces of CyL Digital and 16 centers in rural... 5 Quintanar will host the 1st Festival of Electronic... 6 The Champions Burger in Valencia: location, hours... 7 The economy of Castilla y León shows an "obvious... 8 The Prosecutor's Office investigates publications... 9 El Corte Inglés leaves losses behind and obtains... 10 The judge sees "characteristics of a crime"... 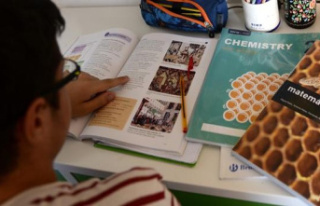