Minister Torrent, on the bench for disobedience on July 12

The Civil and Criminal Chamber of the Superior Court of Justice of Catalonia (TSJC) has set for two months the date of the oral trial against the four secessionist members of the previous Table of the Parlament, including the former president of the Catalan Chamber, Roger Torrent. 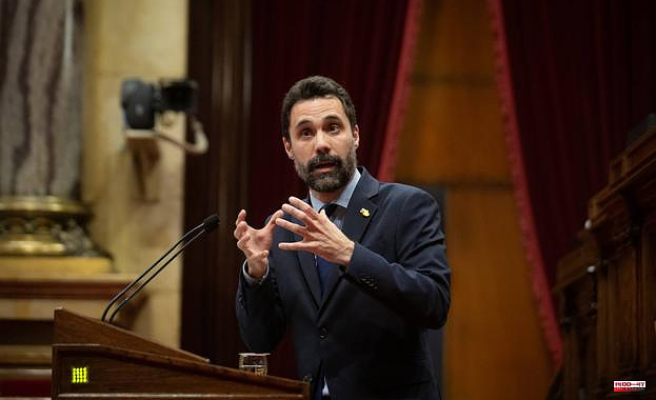 The Civil and Criminal Chamber of the Superior Court of Justice of Catalonia (TSJC) has set for two months the date of the oral trial against the four secessionist members of the previous Table of the Parlament, including the former president of the Catalan Chamber, Roger Torrent. The trial will be between July 12 and 15.

Roger Torrent, current Minister of Business of the Generalitat; Josep Costa, former vice-president of the Parliament; and the former members Eusebi Campdepadrós and Adriana Delgado will be tried for an alleged crime of serious disobedience, for allegedly ignoring the notices of the Constitutional Court and having admitted to processing and allowed the debate in a plenary session of the Catalan Chamber of 2019 resolution proposals "manifestly contrary to the Constitution”, who disapproved of the monarchy and promised to exercise self-determination.

The Prosecutor's Office claims one year and eight months of disqualification and a fine of 30,000 euros for Roger Torrent. If he is firmly convicted, he would lose his act as deputy and would have to cease as a Generalitat Business Councilor. Torrent succeeded Carme Forcadell as President of the Parliament. Forcadell was convicted of her involvement in the secessionist challenge of October 2017. As president of the Catalan Chamber, she allowed the debate and vote of the plenary sessions that approved the disengagement laws and the unilateral declaration of independence. She was sentenced to eleven years in prison for a crime of sedition. Her government pardoned her a year ago.

The indictment confirmed that Torrent and the other secessionist members of the Table agreed to admit the proposed resolutions for processing, for discussion in plenary, "with a manifest and previously agreed will to violate the unequivocal mandate of the resolutions of the High Court" . According to the magistrate, they were "fully aware" of the content and warnings of the Constitutional Court and acted with "disregard for constitutional legality."

1 Alba Torrens signs for Valencia Basket and returns... 2 Jasikevicius: «Madrid will be very hungry, we have... 3 Bildarratz reiterates that students who study in their... 4 Not happy, he shoots in the air and is arrested on... 5 China: in the Uyghur county, one in 25 inhabitants... 6 They arrest a man with a lighter and a can of gasoline... 7 Alicante takes to the streets this Tuesday in defense... 8 Barcelona will have the first vertical forest with... 9 Bill-Masterton: Carey Price among finalists 10 Rangers' key players have responded 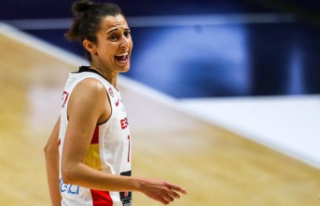