Millions at private clinics during the pandemic

The pandemic has paid off for Chirurgie DIX30, which was awarded at least $51 million in contracts in 2020, following the load shedding in hospitals. 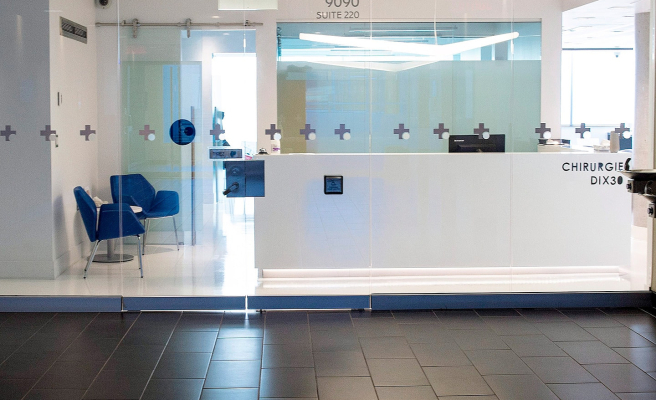 The pandemic has paid off for Chirurgie DIX30, which was awarded at least $51 million in contracts in 2020, following the load shedding in hospitals. Québec wishes to maintain this shift towards private operations in the coming years.

• Read also: Health: do you believe in miracles?

• Read also: The wait for elective surgery varies depending on... your postal code

The Brossard company seems to have won the lion's share of contracts awarded by the government to increase its capacity when hospitals were dealing with COVID-19.

Another well-known private clinic, RocklandMD, benefited from a contract worth more than $8 million to allow the Integrated University Health and Social Services Center (CIUSSS) of the East-of-the-island of Montreal to “reduce wait times for day surgeries or surgical specialties” at the start of the pandemic.

The Opmédic group, in Laval, also signed a contract worth nearly $5 million to relieve the Integrated Health and Social Services Center (CISSS) in Laval.

Some of the agreements include options for more than one year.

This is an explosion in the use of the private sector: the health network had only three partner clinics before the pandemic, compared to around twenty today. In 2017, Le Journal reported that the operations of the public network carried out in the private sector had cost $9.2 million.

This is a partial portrait of the amounts granted to specialized medical centres.

"After several checks, we do not have the amounts of these contracts at the MSSS", indicates the Ministry of Health and Social Services (MSSS) in response to our Parliamentary Office.

A request to the CISSS and CIUSSS generated a variety of responses, with some providing only the amount spent, while others directed our request to an access to information request, where delays can reach 30 days.

The compilation made by Le Journal comes from the Electronic Tendering System, in which certain contracts concluded in 2020 have just been published. Others might be missing.

The general manager of Chirurgie DIX30 points out that he only offers procedures paid for by the public.

“We are the equivalent of a radiology clinic or a GMF [family medicine group],” argues Normand Laberge.

He praises the efficiency of the private model.

"Here, the doctors tell us: 'I do two surgeries a day more than what I do in the hospital,'" he confides.

This is explained by the fact that the teams devote themselves only to operations, according to him, while hospitals sometimes have to interrupt their activities to take care of a road accident, for example.

Citizens have found a way to have surgery more quickly in the private sector, while having part of their costs reimbursed by Quebec.

In a decision dated March, the Administrative Labor Tribunal (TAT) forced the Commission for Standards, Equity, Health and Safety at Work (CNESST) to reimburse part of the $14,660 disbursed by a employed to obtain private surgery.

Before the Court, the young woman explained “having chosen this choice because of the long waiting times for the public for the same intervention. She wanted to be able to recover and return to her job as quickly as possible.”

The worker, having slipped on a patch of ice as part of her job, needed "restorative surgery on the left shoulder".

The CNESST initially refused to reimburse her for her private intervention, arguing that the surgeon had the status of a physician participating in the Régie de l'assurance maladie du Québec.

However, the TAT ruled that "the status of the surgeon at the time of operating the worker has no impact here on her right to reimbursement of part of the costs".

Then, the Court cited several other decisions which show that the case law is clear: an employee can be reimbursed by the CNESST for private surgery, up to the amount provided for in the public network. He must pay the difference himself, if any.

Go ahead of others

A labor lawyer, who wishes to remain anonymous, explains that these reimbursements from the CNESST for private surgeries are quite common.

One of the arguments put forward by claimants is the possibility of saving costs on work stoppage benefits by returning to work more quickly.

Some might see this as an unfair situation, believing that workers are getting a pass while others wait in public, but the lawyer believes that we must avoid conflating the two files.

“We have an occupational health and safety plan that is very good for workers,” she pleads. Afterwards, the delays that can be found in surgeries, I believe that we should not mix the two, it is another debate which concerns access to care. »

1 QS is committed to creating a “right to telework” 2 End of the mandatory mask: concerns among immunocompromised... 3 Pee-wee tournament: Quebec Stars Women's team... 4 Pee-wee tournament: still a long way to go 5 Mountain Biking Frenzy Explained 6 Zidane's volley, step by step 7 Crypto assets enter their winter 8 Selling the house after the divorce: why should you... 9 Innovation and technology, the keys for Spain to continue... 10 Open doors to art, a magical night 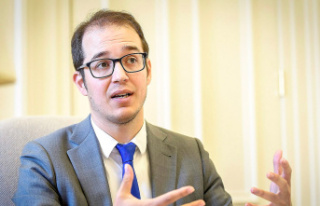 QS is committed to creating a “right to telework”