Miguel Ángel Mira, the eldense with muscular dystrophy who has knocked down all the walls through boccia

Eldense Miguel Ángel Mira is the best example that with a desire to excel and a resilience that is proof against almost anything, the highest walls can be knocked down. 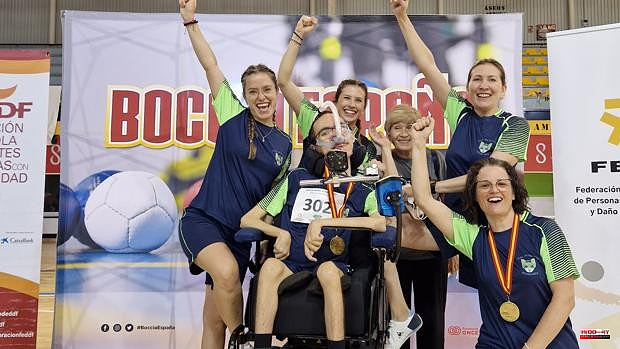 Eldense Miguel Ángel Mira is the best example that with a desire to excel and a resilience that is proof against almost anything, the highest walls can be knocked down. At 30 years old, he has just won the Spanish Boccia Cup in Seville, a sport similar to petanque and designed for people with functional diversity.

Miguel Ángel, who has suffered from muscular dystrophy since birth, triumphed in the category of athletes with less mobility, since he cannot throw the ball with his hands and does so with the help of a ramp from his mouth. With his lip and chin he manages in everyday life and also in competition, although he has an assistant, Cristina Giménez, who helps him with the movements and places the ball for him.

«I did not know boccia until my sister, who is a physiotherapist, told me about this sport and the truth is that I have progressively become hooked and in the last year I have improved a lot. I went to the Spanish Cup with low expectations as it was my first major competition, but in the group stage I realized that I did have the level to go far. Finishing first was a great joy, "explains the athlete from Eldense.

The experience with boccia has been so rewarding for Miguel Ángel and his sister Mónica that they both founded the Diversity Club for this sport in Elda. “We opened it in 2018 and now we have five athletes. Miguel Ángel, for example, trains ten hours a week with his assistants and is very excited about his next challenge, which is the Spanish Pinto Championship », explains his sister.

Miguel Ángel especially thanks the Antonio Machado school for providing him with the facilities for his training sessions and also the Elda City Council for their public support. In fact, Mayor Rubén Alfaro recently held him up as an example of self-improvement and tenacity after his success in Seville.

Muscular dystrophy has been with him since he was born, but this athlete from Eldense does not stop and intends to continue breaking down walls through sport.

1 Three women arrested for forcing a minor into prostitution... 2 The rattle of the Cathedral will ring in the concert... 3 Amparo Blázquez, Carmen Macareno, Patricia Pérez... 4 Yolanda Díaz launches her political project 'Sumar'... 5 The Eco-schools program of the Toledo Provincial Council,... 6 Health chooses the General Hospital of Valencia as... 7 Cervezas Arriaca obtains the IFS Food international... 8 Aragonese, convinced that Junts will not leave the... 9 Four million euros in sleepers to rebuild the historic... 10 President of Poland: "Did the Allies Phone Hitler... 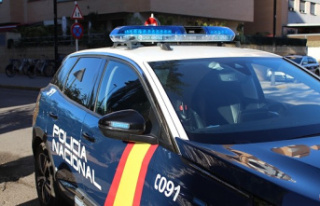 Three women arrested for forcing a minor into prostitution...