Between proposals to combat climate change and reduce migratory flows, the president of the United States, Joe Biden, has also tried to make the Summit of the Americas an opportunity to celebrate democracy on the continent, with little success. 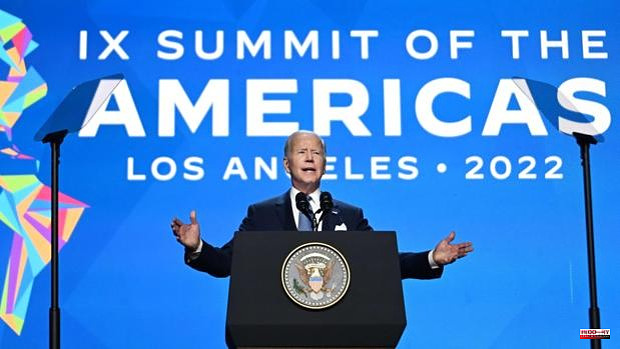 Between proposals to combat climate change and reduce migratory flows, the president of the United States, Joe Biden, has also tried to make the Summit of the Americas an opportunity to celebrate democracy on the continent, with little success. A breach has been opened by Mexico's clear and open strategy of curbing any support for regime change that affects its partners in Cuba, Venezuela and Nicaragua, and also by the affronts of a Jair Bolsonaro who emulates his friend Donald Trump and has arrived in Los Angeles with preventive complaints of electoral fraud in the Brazilian elections in October, just at a time when the investigations into the insurrection in the Capitol on January 6, 2021 are culminating.

Joe Biden ignored at the opening of the summit on Wednesday that of the 30 invited leaders there were only 21 before him, and several allied delegations from the Havana-Caracas axis, such as Mexico, who had achieved the absence of Juan Guaidó at that ceremony , considered by the US to be the president in charge of Venezuela and until now a direct interlocutor of the White House, who in 2019 broke with Chavismo. As ABC learned, one of the conditions of the Mexican delegation to send its foreign minister, Marcelo Ebrard, and its diplomatic representative for North America, Roberto Velasco, was the absence of Guaidó.

"Democracy is not only the defining feature of America's history, but an essential ingredient of its future," Biden proclaimed in Los Angeles. "We may not agree on many things, but because we are democracies, we overcome our differences with respect and dialogue," added the president in his speech on stage at the Microsoft Theater, where the Emmy ceremonies are usually held. the Grammys and other awards. Earlier, Biden did call Guaidó by phone, to reiterate his recognition of him as interim president and support for negotiations with the regime.

The Ap agency also reported this Thursday on these maneuvers by Mexico, and said, citing its own sources, that they had been supported by Bolivia, Granada, Honduras, Saint Kitts and Nevis, and Saint Vincent and the Grenadines. Just this Thursday, López Obrador assured in one of his press conferences that Mexico is at the summit but "in protest" for those who did not come to this event. “We are represented, but at the same time we do it under protest, because we do not accept that anyone be excluded, we want the unity of the countries of the Americas for the benefit of our peoples and we do not want to encourage blockades or discrimination, we do not agree with maintaining the same policy as always: interventionist, that affects the people, that has to do with the domes of economic and political power, the differences above”, he said.

Not only the Bolivarian axis puts in check that strategy of strengthening democracy of the White House, which already in December organized a world forum dedicated to that system of popular sovereignty. This Thursday Biden had his first face-to-face with Bolsonaro on the agenda, who chose to be absent from the inaugural ceremony to campaign in Brazil. The Brazilian president faces reelection in October, and the polls show him behind his opponent, former president Luiz Inácio Lula da Silva.

Bolsonaro decided to land in Los Angeles on the day the forum focused on climate change, and he did so after the AP agency revealed that his team made it a condition for his attendance that he not be criticized for anything, including deforestation in the Amazon. . The White House National Security Adviser, Jake Sullivan, clarified before the bilateral that "there are no issues that cannot be discussed in any bilateral that President Biden has, including with President Bolsonaro," and added that "the climate It will be an important topic of conversation, and it can be an area of ​​progress in the relationship between the US and Brazil, particularly around concrete and tangible actions to protect the Amazon.”

It was not, however, the only insult to Biden in his lackluster summit. In an interview granted in Brazil, Bolsonaro questioned whether the US president himself would cleanly win the 2020 presidential election, echoing Trump's complaints that he still says he was the winner, despite having all court rulings against. As the Brazilian put it: “The American people are the ones talking about [voter fraud]. I am not going to comment on the sovereignty of another country. But Trump was doing very well... We don't want that to happen in Brazil."

After Trump's defeat in 2020, Bolsonaro already echoed his false accusations of fraud, and was one of the last world leaders to congratulate Biden. When he did, he went by letter. Since then, the two have not spoken directly. With Trump, Bolsonaro and his family had a close relationship.

As he already had indications that the president of Mexico was going to be absent from the summit due to his alliance with the dictatorships of Cuba, Venezuela and Nicaragua, Joe Biden sent a close collaborator of his, former senator Christopher Dodd, to Brazil to ensure attendance. of Bolsonaro.

On climate change, the White House announced Thursday a new framework to increase US cooperation with Caribbean nations to improve access to financing for development and investment in clean energy. In addition, according to the US, five new countries are planning to join the 15 nations that currently make up a working group to expand renewable energy. All nations in that initiative have committed to a collective goal of 70% renewable energy by 2030.

Before, the White House announced a series of initiatives dedicated to improving the Central American economy and discouraging emigration, including investments committed by the private sector worth 2,000 million dollars, or 1,800 million euros, and public aid of 300 million. In addition, a reform of the Inter-American Development Bank, IDB, was announced to strengthen investments in the private sector in the continent.

This Friday the US plans to announce an immigration agreement that is still being negotiated. During the pandemic, the US has detained record numbers of undocumented immigrants. Between March 2020 and December 2021 alone, the border police detained three million undocumented immigrants and returned half of them to Mexico. The vast majority are Central Americans and Haitians. Those arrivals are also on the rise. Only in April of this year, the last month for which there are official figures, the immigration authorities detained more than 260,000 without papers. More than six million Venezuelans have fled the country in recent years.

As the White House admitted this week, the US has been negotiating with Spain to be part of that great migration agreement and that is why the Foreign Minister, José Manuel Albares, attends as an observer guest, although the Spanish government has not yet given details of your visit. According to a US official in conversation with the press, Spain has been a crucial part of the negotiations prior to this meeting. Last week, several US media reported that Spain has been negotiating with the White House to take a quota of Central American asylum seekers.

1 Official statements indicate that Egypt will pursue... 2 These are the cheapest hours of electricity this Friday 3 Hezbollah leader threatens Israel's offshore... 4 Albares plants the Summit of the Americas and travels... 5 Spain adds its first victory against Switzerland 6 Complaints about the Mathematics II exam at the EvAU... 7 Luis Enrique protects a child who jumped for Asensio's... 8 Portugal consolidates as leader of the Spanish group 9 The one to one of the Spanish victory in Switzerland 10 Sarabia, indisputable and with a goal 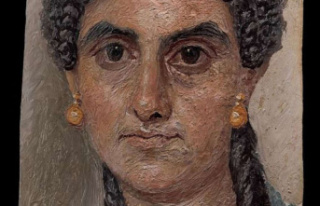