Media: Felt allegations: Schlesinger defends himself in an interview

The director of Rundfunk Berlin-Brandenburg (RBB), Patricia Schlesinger, who was fired without notice, has once again defended herself against allegations of felony and nepotism. 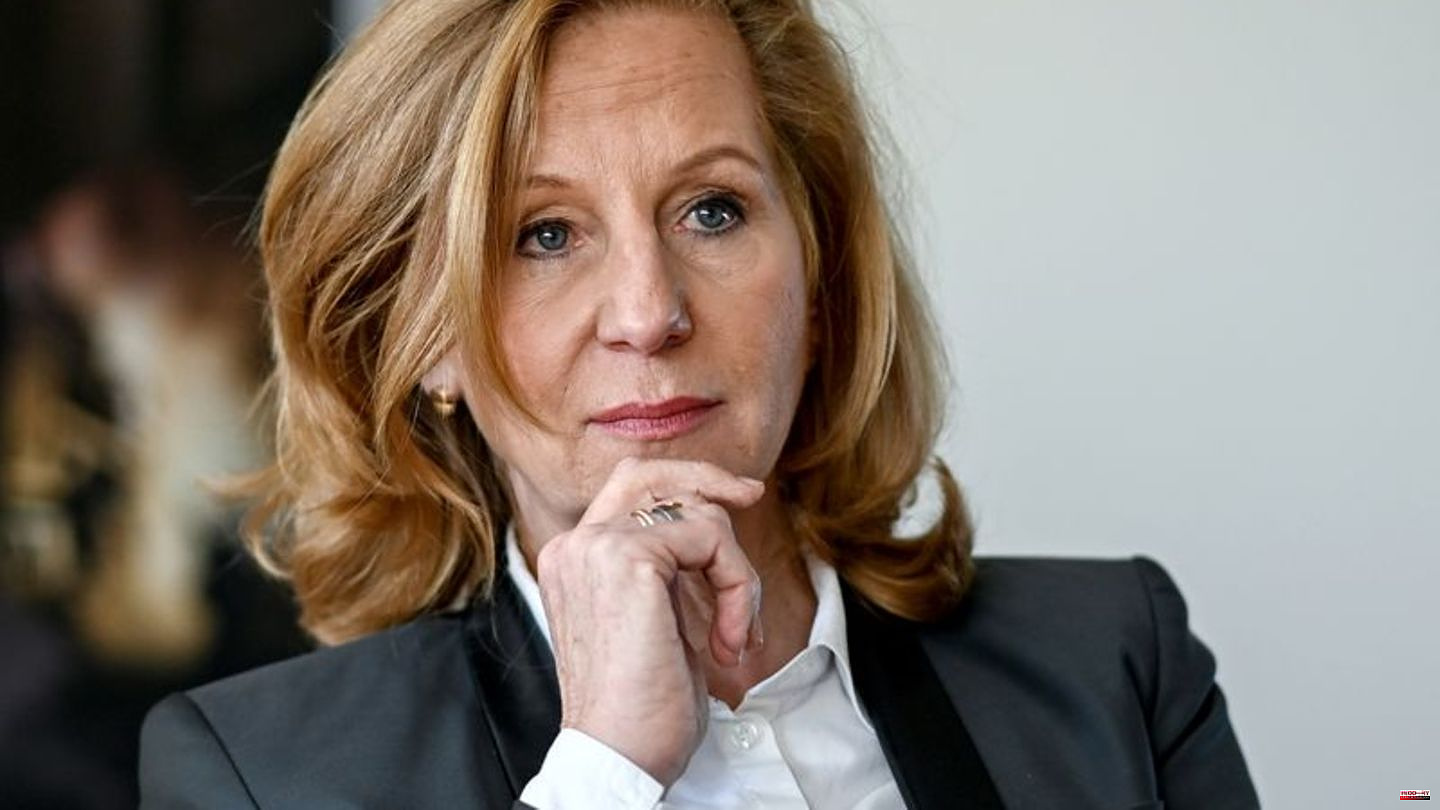 The director of Rundfunk Berlin-Brandenburg (RBB), Patricia Schlesinger, who was fired without notice, has once again defended herself against allegations of felony and nepotism. In an interview with the weekly newspaper "Die Zeit", she also expressed regret that she had underestimated the resentment against the leadership in her own house. Schlesinger left open whether she will take action against the termination without notice.

Dinner at the station's expense in a private apartment

The allegations against Schlesinger that have been raised by media reports since the end of June include a controversial practice of having dinner in her private apartment at the expense of the broadcaster, allegedly they were not billed correctly. She said: "I have accounted for everything to the best of my knowledge." Regarding the selection of guests and the topics at the dinners, she added: "There were people from politics, business, culture, from institutions and authorities sitting at the table, so we talked about politics, business, culture and public broadcasting. What is good, what's going wrong? Such conversations have fluid transitions."

After the allegations against Schlesinger became known, Berlin's police chief Barbara Slowik spoke up. She had therefore been a guest at such a dinner. She had emphasized that she herself had the impression that it was a private dinner. She was not aware that these should have been settled at the expense of the broadcaster.

Schlesinger said when asked about Slowik's impression: "All guests received the same invitation. It didn't say anything about an evening among friends, let alone a house inauguration, that was definitely not the case. Interesting, multifaceted personalities came together in this way."

It was also criticized that the RBB received a very high discount for an expensive Schlesinger company car with massage seats - the director also had a private chauffeur available. The 61-year-old said she didn't want massage seats. "I didn't configure the car myself. I don't need massage seats, that's superfluous gimmick for me." Cars wouldn't mean much to her. "I privately drive a 17-year-old VW Polo. It's out there in front of the door. Otherwise, it's an old white bicycle."

The renovation of the managerial area with chic furniture and elegant parquet also came across as bad - there is said to have been a massage chair there too. Schlesinger said: "The massage chair has become a symbol. I neither ordered nor used it." It cost 1200 euros. "It was bought because two people in the director's office had herniated discs and went back to the office very quickly." She banished him to a room at the very end of the aisle "because I found this big, shapeless thing simply embarrassing".

Dissatisfaction of the employees at the RBB

Schlesinger said at the same time that she had underestimated the displeasure of the employees in the house. This was also due to major modernization projects that the management and they have initiated in recent years. Schlesinger mentioned shifts of parts of the linear programming budget to digital and savings in production and early evening television programming.

"From my point of view, the displeasure and anger in the station are so strong that I blame myself for not seeing it, I'm sorry." She didn't iron out problems. Elsewhere in the interview, she also said: "I deeply regret that the entire public service system in particular is now under fire."

The ex-director compared the reporting of the allegations against her and the resigned station chief inspector Wolf-Dieter Wolf with a "tsunami". She also said: "The accusations come from my closest environment. That hit me particularly hard, it hurts me to this day." She didn't name any names. Internal documents have been leaking out for weeks, with the online medium Business Insider in particular reporting on many details of the allegations. The public prosecutor's office in Berlin is also investigating - the presumption of innocence applies until clarification.

Schlesinger said in the newspaper interview about the allegations, which have been increasing almost every day since the end of June: "I didn't sleep much during that time. It felt like reloading a gun that was pointed at me. Many of the allegations are not true ."

When asked if she was taking action against allegations in the media, she said: "I can still do that. Some of it is happening these days."

In the midst of the RBB crisis, Schlesinger had already expressed himself in a newspaper interview - in the Berlin "Tagesspiegel". This then resented many – especially because days earlier she had turned down an invitation to the Brandenburg state parliament for a special session.

1 This is where the separation between Eberl and Gladbach... 2 Champions League: Haller as a motivator: Reus leads... 3 "Britt - Der Talk" starts earlier: Britt... 4 Billionaire as a film critic: Elon Musk on the new... 5 Electricity prices: EU Commission: Skim off "chance... 6 Hypothyroidism: The thyroid is not working properly... 7 Iris Berben: Marriage is "too conservative" 8 Adam Levine: Third child on the way? 9 Simply eat - The pleasure column: A dream in a thousand... 10 Energy crisis: EU Commission wants to relieve consumers... 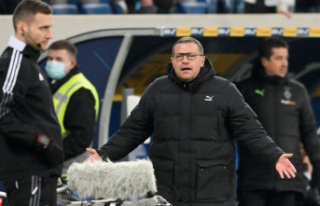 This is where the separation between Eberl and Gladbach...