In Haarlem, the Netherlands, an advertising ban for meat is to come into force from 2024, according to several media reports.

In Haarlem, the Netherlands, an advertising ban for meat is to come into force from 2024, according to several media reports. Advertising for meat products should then no longer be allowed on public screens, such as in buses or at bus shelters. This makes Haarlem the first city in the world to introduce such a ban.

The GroenLinks party had applied for the ban. Politician Ziggy Klazes, who initiated the measure for the party, told Dutch radio station Haarelem105 that you cannot tell people there is a climate crisis on the one hand and encourage them to buy products that are part of the trigger on the other . A recent study by Oxford University, which examined the impact of different foods on the environment, confirms that meat products have a comparatively high ecological footprint.

The Dutch meat industry recently launched a campaign called "Nederland Vleesland" (roughly: Netherlands, land of meat) and criticized the ban. A spokesman for the Centrale Organisatie voor de Vleessector said the ban goes too far in telling people what's best for them.

According to reports in the Guardian, there has been opposition to the ban from some quarters within Haarlem City Council because it restricts freedom of expression. A Dutch law professor also expressed concerns about the ban. It is likely that supermarket chains, for example, will sue.

The Dutch newspaper "De Telegraaf" surveyed its readers on the subject, who were also mostly critical. The majority said the advertising ban was too far-reaching and patronizing. Only seven percent believed that this measure could actually encourage people to eat less meat. 85 percent of the participants in the survey stated that they eat meat themselves.

Similar advertising bans aimed at climate damage are already in place in other Dutch cities. In Amsterdam, Leiden and The Hague, for example, for flights, cars with internal combustion engines and the fossil fuel industry. The advertising ban in Haarlem should also apply to these areas. 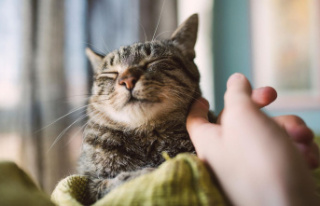