On the hunt for his first Grand Slam since 2014, Northern Ireland's Rory McIlroy took the lead from the opening round of the PGA Championship, where favorites Scottie Scheffler and Jon Rahm disappointed and a sore Tiger Woods fell out of the top 100. 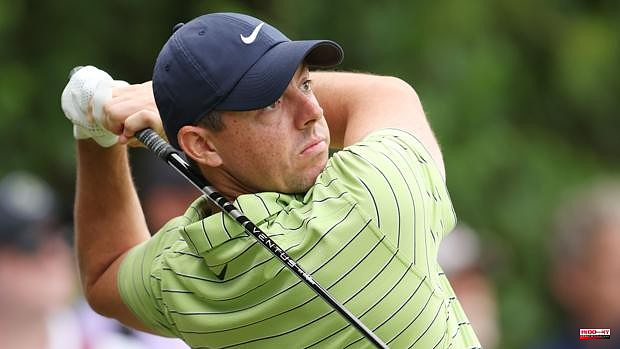 On the hunt for his first Grand Slam since 2014, Northern Ireland's Rory McIlroy took the lead from the opening round of the PGA Championship, where favorites Scottie Scheffler and Jon Rahm disappointed and a sore Tiger Woods fell out of the top 100.

Eight years later, McIlroy is once again leading a Grand Slam tournament thanks to his 65 stroke card, five under par, at the Southern Hills course in Tulsa (Oklahoma).

The former world number one shone with seven birdies, the last of which allowed him to separate by a stroke from the Americans Will Zalatoris and Tom Hoge.

In shared fourth place was the Mexican Abraham Ancer along with the Americans Justin Thomas and Matt Kuchar, all with 67 hits (-3), and in the eighth place a group that includes the Chilean Mito Pereira, with 68 (- two).

The first two in the world ranking, the American Scottie Scheffler and the Spanish Jon Rahm, concluded far from the head with cards of 71 (1) and 73 (4) strokes respectively.

The first blow in the PGA Championship, the second Grand Slam of the year, was given by McIlroy with seven birdies and two bogeys, signing his best initial round in a 'Major' along with the 2011 United States Open.

The 33-year-old Northern Irishman had not finished leading a round of a Grand Slam since his 2014 PGA Championship win, the fourth and last of the 'Big' trophies he has in his cabinet. “It was a great start to the tournament. I have been playing well when I got here », he recalled.

Five weeks ago, McIlroy dazzled on the final day of the Augusta Masters by hitting a 64-shot card that matched the best final round of the event, catapulting him into second place behind winner Scheffler.

"Obviously I've taken a lot from that last round at Augusta, I played well at Wells Fargo and the practice rounds earlier this week. When your game feels like this, it's just a matter of going out there and sticking to your game plan, executing as well as you can, and staying in your own world," he explained.

McIlroy competed in the same group as fellow former number one Jordan Spieth and Tiger Woods, who battled through pain in his second tournament after his serious car accident in February 2021.

Woods, 46, starred in an exciting start to the day with two birdies in his first five holes, celebrated by the crowd of fans that accompanied him, but he lost steam until he finished with a card of 74 strokes (4) that left him in provisional 103rd place.

"I'm in a little bit of pain right now," Woods acknowledged, weighed down by the multiple fractures he suffered in his right leg in the collision 15 months ago. "My leg doesn't feel as good as I'd like."

The Californian chained five bogeys in eight holes and closed the first day with another two in the final holes.

This performance left Tiger in danger of missing the cut on Friday, but the American showed his willingness to complete all four rounds. Now comes "a lot of treatment, a lot of ice baths and trying to get ready for tomorrow," he stressed.

At Augusta Tiger stunned the golf world by making the cut but, hampered by pain and fatigue, he ended up falling to 47th place over the weekend.

The top two finishers in the world rankings, Scheffler and Rahm, shared a group in the afternoon without finding their rhythm in the Southern Hills.

Scheffler, in search of his second Grand Slam title, got off to a solid start with four par holes and a spectacular eagle on the fifth, but then bogeyed five times in the final 10 holes to drop to a provisional 42nd place.

Rahm, for his part, fell to 84th after sealing just two birdies and committing three bogeys and a double bogey in his frustrating debut in the tournament.

His current champion, veteran Phil Mickelson, who resigned from defending his title due to the controversy generated by his comments in support of the new LIV Golf series, financed by Saudi Arabia, does not compete in this event.

1 The CIS confirms the worst fears of the left at the... 2 One question, if you don't mind: What do you... 3 Marta Torrejón: «A part of society has learned to... 4 “Monkeypox is a disease that is spread at home” 5 They request an external audit on the closure of Basurto's... 6 The Government proposes that absence from class be... 7 The first cannabis fair blocked by the Ministry of... 8 A rapper joins the Canadian Elite Basketball League 9 Chickpea tikka masala 10 Another teenager who dies on our roads

Storm: At least 16 dead after tropical storm in Madagascar

France: tomcat jumps in the station under the train – the train lets him leave anyway 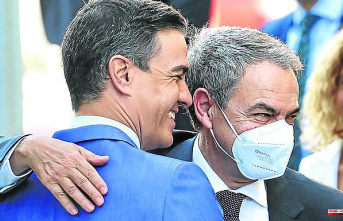 The CIS confirms the worst fears of the left at the...