The PP of the Valencian Community has collected this Tuesday the request of the Unió de Llauradors to monitor compliance with the cold treatment for oranges from third countries, through inspections and sanctions, as well as to extend this measure to other imported fruits such as grapefruit or tangerines . 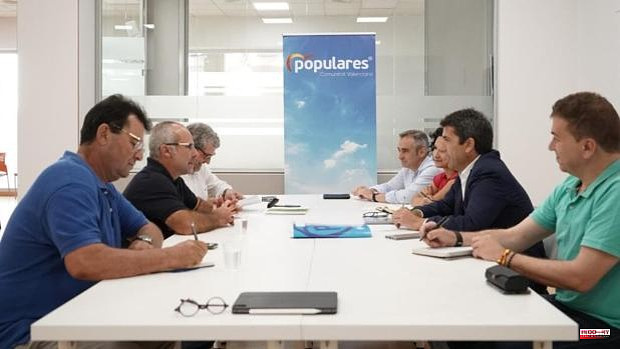 The PP of the Valencian Community has collected this Tuesday the request of the Unió de Llauradors to monitor compliance with the cold treatment for oranges from third countries, through inspections and sanctions, as well as to extend this measure to other imported fruits such as grapefruit or tangerines . Some measures that will be demanded from the EU.

In a meeting at the party headquarters, the presidents of the PPCV and the agrarian entity, Carlos Mazón and Carles Peris, have shared proposals to intensify the defense of the Valencian countryside at European and regional level, with actions such as a trip to Brussels on the return vacation.

The measures proposed by the 'popular' seek to respond to the difficult situation of the sector due to inflation and the abandonment of land.

Mazón has promised to present initiatives in several instances demanding a reduction in taxes and the quota for the self-employed, with the aim of compensating for the price crisis at source.

Other of his claims are the extension of the cold treatment to more imported fruit, as a "sine qua non condition", or promoting a 'lobby' to defend Valencian farmers before the EU with more "ambition" and capacity for action, to which has advanced its intention to organize a mission to Brussels in September.

They are also committed to reducing the "eternal and desperate" bureaucracy of the Generalitat that farmers suffer, to raise awareness about the consumption of native products and to reinforce security in the fields in the face of the increase in assaults and robberies. "The Civil Guard cannot cope," Mazón warned.

All these problems, in his opinion, prevent the generational change in a fundamental sector of the Valencian economy. "The Community will be agrarian or it will not be", he has claimed, and has advanced that the PP will collect the initiatives of the Unió in Les Corts in the face of its amendments to the budgets of the Generalitat for 2023.

For his part, Peris has agreed on the request to extend the cold treatment to mandarins, grapefruit and lemons and has assured that the 'popular' have "a lot to do" in the EU and must take into account their requests as a party with " vocation of government".

The head of the Union has advocated promoting a "clear position of 'lobby'" in Brussels to defend the citrus sector, especially now in full review of the trade agreement between the European Union and South Africa to restore the "balanced" tariff policy.

1 Pope: Traditionalist Catholics "gag", church... 2 Last minute of covid in Castilla-La Mancha: 33 dead,... 3 Pope condemns Russian 'cruelty' but praises... 4 The rock priests will give a concert in Chueca on... 5 A rare look at the birthplace of nuclear subs 6 Color filter for display and sensing using an all-dielectric... 7 This training bundle teaches you how to automate repetitive... 8 A model that predicts the exact quasi-particle properties... 9 The Government will prime the self-employed's... 10 The Ibex closes in free fall waiting for the rate... 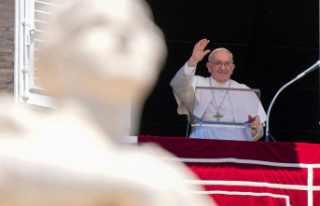