Mazón: «The mascletàs stay in the Plaza de los Luceros because they are our hallmarks»

The president of the Diputación de Alicante, Carlos Mazón, has defended this Friday the celebration of the mascletàs de les Fogueres de Sant Joan in the Plaza de los Luceros and has stressed that "there is no reason to sow panic as the Council". 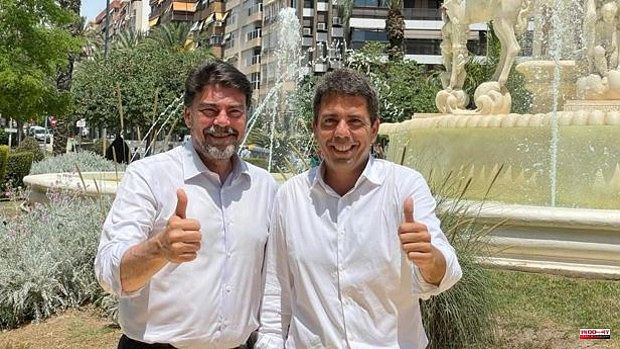 The president of the Diputación de Alicante, Carlos Mazón, has defended this Friday the celebration of the mascletàs de les Fogueres de Sant Joan in the Plaza de los Luceros and has stressed that "there is no reason to sow panic as the Council". "They are our hallmarks and our traditions."

In this line, he has criticized "the great contradiction of the Generalitat of being all day saying that it believes in municipal autonomy, but on the contrary it wants to intervene our customs", as reported by the provincial institution in a statement.

"The mascletàs stay in the Plaza de los Luceros", Mazón has sentenced, who thinks "everything that the Generalitat Valenciana is doing is crazy.

The day before yesterday we found that it said that Les Fogueres de Sant Joan belonged to the Països Catalans. The next day he begins to give his opinion about what he does not know, giving the feeling that it is a Generalitat from a little further north than from here," he criticized.

In the same way, he has shown his perplexity at this "threat" and admits that he does not understand "what the Generalitat is making this up now". In this regard, he has assured that the Luceros fountain "is perfectly restored and what the citizens of Alicante and its visitors want is that the mascletàs continue to be celebrated in this enclave".

"They are our signs of identity. We have restored it, we have reformed it, we have strengthened it and now we want to make it visible and the best way to deal with it is for everyone to know it again and for it to continue being a reference", assured the president.

Finally, he has defended that the Community be built "respecting each of the towns, municipalities, places and regions that make it up and not imposing how things have to be done, much less how the parties have to be done based on reports that don't exist and invented stories".

"Enough of interference and persecution. I want a Generalitat and a Valencian Community that is proud of the things we do in Alicante instead of telling us how we have to breathe every day," he settled.

1 The 55th Valladolid Book Fair kicks off, "the... 2 Musk plans to fire 10% of Tesla staff for a "super... 3 Dave Smith, father of 'MIDI' and synthesizer... 4 The Government of Ximo Puig refuses to modify the... 5 Zapatero: "No woman should suffer discrimination... 6 Eight patrons of a boat that arrived in Tenerife with... 7 At least three dead and several injured in a train... 8 Fátima Báñez will join the board of Iberdrola's... 9 «It is a way of recognizing the work of my brother,... 10 The Prosecutor's Office sees "relevant evidence"... 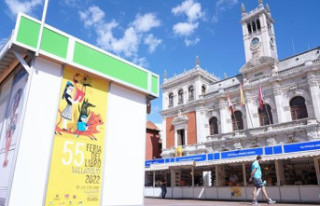 The 55th Valladolid Book Fair kicks off, "the...