Mazón: «The Gandía-Denia tram is a priority for the PPCV and we are committed to executing it from the Generalitat»

The president of the Popular Party of the Valencian Community, Carlos Mazón, stated this Thursday that the start-up of a Gandía-Denia tram "is a priority for the PPCV and we assume the commitment to execute it from the Generalitat". 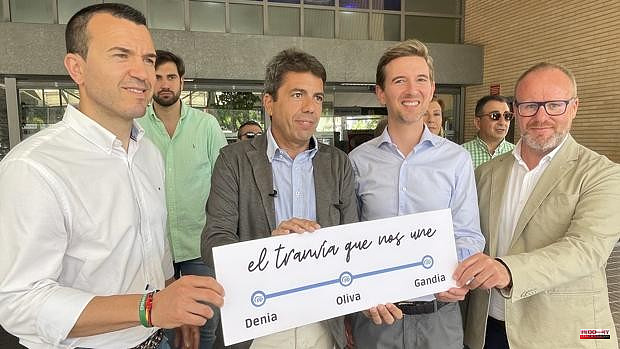 The president of the Popular Party of the Valencian Community, Carlos Mazón, stated this Thursday that the start-up of a Gandía-Denia tram "is a priority for the PPCV and we assume the commitment to execute it from the Generalitat".

Mazón has pronounced this way in Gandía, where he has explained the proposal to launch a tram that connects these two cities. “We are not giving up on the start-up of the Tren de la Costa, but we cannot bear any more delays and we have a solution that is compatible”, he indicated. The president of the PPCV has pointed out that the start-up of a tramway would be a quicker solution in time due to its own characteristics. "It is an integrated construction on the surface and without tunnels or major effects on the margins and with it it would be possible to reduce costs, impact and, above all, deadlines", he explained.

"Just 10 days ago in the Marina Alta we made a commitment that comes from the tiredness of the citizens, tired of waiting and the promises that are not kept," explained Mazón, who announced that this Wednesday the GPP in the Valencian Courts registered a proposal for the urgent start-up of the study of the achievement of a tram that connects Gandía and Denia «and that should have at least a stop at the regional hospital of Gandía and Oliva». “It has to be like this and we are going to get to work now with the help of all the administrations that want to get involved,” he indicated.

Mazón has criticized that the Government of Spain has the Tren de la Costa "sleeping the sleep of the righteous and after seven years the Generalitat has not been able to carry out a study or budget for it." “After the abandonment of the Tren de la Costa, we cannot continue without having a connection between Gandía and Denia, which form an epicenter and backbone and have a great economic, tourist and social impact.”

"The PPCV puts alternatives on the table and we are going to work on them in two ways: with the consensus of the affected neighbors and municipalities and with the commitment to execute it from the Generalitat when the PPCV opens a new page in the Community and governs", has concluded.

1 Carlos Sainz refuses to be second driver at Ferrari 2 The multimillionaire agreement of the new Santiago... 3 The PP accuses Sánchez of widening the gap between... 4 CF Montreal: number 12 given back to supporters 5 Biden supports accession of Sweden and Finland to... 6 Racing and San Sebastián de los Reyes do not play... 7 Iraola renews until 2023 with Rayo 8 Vocento incorporates the Rentingcoches.com platform... 9 Here it all starts from May 20: The culprits of the... 10 The Pyrenees is dying: more than half of its glaciers... 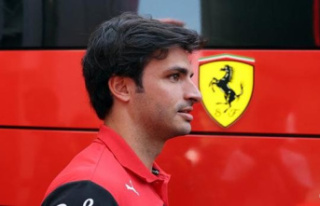 Carlos Sainz refuses to be second driver at Ferrari