Mazón: «Puig is incapable of defending the interests of the Valencian countryside neither in Brussels nor before the Government of Sánchez»

The president of the PPCV, Carlos Mazón, has recriminated this Tuesday the president of the Generalitat, Ximo Puig, because in his opinion "he is incapable of defending the interests of the Valencian countryside neither in Brussels nor before the Government of Sánchez". 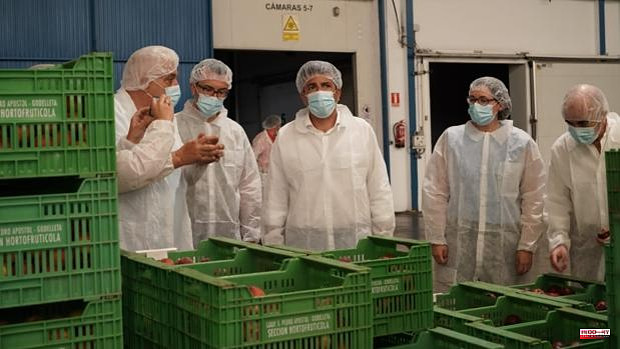 The president of the PPCV, Carlos Mazón, has recriminated this Tuesday the president of the Generalitat, Ximo Puig, because in his opinion "he is incapable of defending the interests of the Valencian countryside neither in Brussels nor before the Government of Sánchez".

The leader of the popular Valencians has visited the San Pedro Apóstol Wine Cooperative, the well and the pumping pool of the Godelleta irrigation community and the Ecovisa recycling plant. The president of the PPCV has stated that "it is essential that the Government of Sánchez include in the Júcar Hydrological Plan the transfer of water from the Alarcón Reservoir to the Valencian Community as it has always been done."

«We cannot allow Sánchez to continue harming the irrigators of the Valencian Community.

First it was the Tajo-Segura transfer and now the irrigation for the users of the Alarcón reservoir is also in danger, ”he assured.

Mazón has assured that the PPCV is "very concerned" about the situation in the fields and agriculture, "which is in an agonizing situation." "And the socialist government, through hydrographic Confederations and the Ministry itself, is taking advantage of this situation," he pointed out.

The president of the PPCV has lamented that the Valencian Community "leads the national abandonment of cultivated land and this dramatic situation is compounded by the problems of the spread of uncontrolled pests, the rise in energy and tax costs and the cuts in water for irrigation".

"Once again we are witnessing a lack of coordination between the Consell de Puig and the Government of Sánchez and that only has a few affected who are the Valencian irrigators", Mazón has affirmed. The popular leader has affirmed that “decisions are made that do not make any sense. All historical consensus is broken, from the point of view of water and transfer and Puig does nothing. He has no influence before Brussels, he does not vindicate the Government of Sánchez ».

Thus, Mazón has assured that «Puig lowers his arms and does not demand the water, the treatments and the aid that the Valencian countryside needs. In the field we need people who know about agriculture and not who are in the offices».

«The Generalitat allows every day that the rights we have are not respected compared to the rights of others. And it is time to say enough is enough and ask where Puig is to defend the sector », he has stated. The president of the PPCV has demanded that Puig put himself "on the side of the Valencian irrigators and not allow the Government of Sánchez to humiliate us more and further impoverish the agricultural sector."

«We have to raise our voice and be a reference to defend the Valencian countryside. The irrelevance in Spain and in Brussels of Puig has meant that the cold treatment for imported oranges has not been implemented, when it had been carried out since January 29, celebrating the important step that it represents for the protection of Valencian citrus fruits against pests and unfair competition”.

Mazón has reiterated «the commitment to cooperativism as a formula for job creation and rooting in the territory. It is a historical model, profoundly Valencian and with a future, that we have supported when we governed and we will do so again».

Thus, Mazón has announced that "we will eliminate obstacles, reduce costs for farmers and improve their tax treatment because we have a firm commitment to be with them, as a traditional Valencian sector, and qualified interlocutors of the economic reality of our land."

1 The BMV band reduces their sentences to a quarter... 2 Three people injured after colliding two cars in Consuegra 3 Tennis: John McEnroe evokes a boycott of Wimbledon... 4 A defendant in the Villarejo case asks the judge to... 5 Escrivá will include 10% incentives in Companies... 6 Suspicion of rape of minors: singer Jean-Luc Lahaye... 7 Mañueco charges Sánchez and Tudanca accuses him... 8 Albares will explain tomorrow to Torres the new stage... 9 These are the reasons why 258 patients were admitted... 10 The shipyards of La Naval de Sestao, the only ones... 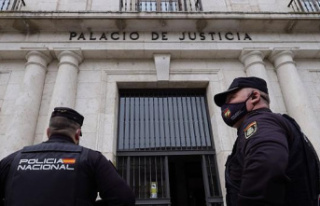 The BMV band reduces their sentences to a quarter...