Mazón: «Puig continues to advance in the dismantling and ideologisation of education in the Valencian Community»

The president of the PPCV, Carlos Mazón, stressed this Sunday that the Popular Party "will study all legal resources" to stop the different education decrees to apply the LOMLOE in the Valencian Community for being "outrageous. 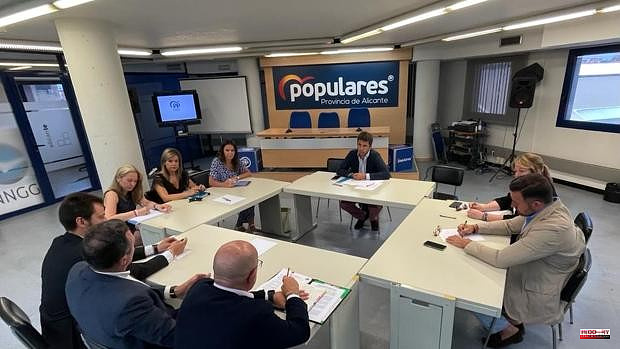 The president of the PPCV, Carlos Mazón, stressed this Sunday that the Popular Party "will study all legal resources" to stop the different education decrees to apply the LOMLOE in the Valencian Community for being "outrageous." "In fact, a large number of unions, families and teachers, from different specialties, have expressed their rejection."

Carlos Mazón has held a working meeting with representatives of Concapa and the Platform for Religion in Public Schools, who have conveyed their concern about the application of the LOMLOE.

These decrees, which regulate the curricula to apply the Socialist Educational Law in the different educational stages, "put ideology before knowledge and tell Valencian students what to think instead of teaching them to think," he explained.

In addition, "they are going to pose an attack on the quality of teaching, allowing students to graduate with failing grades, training is going to be impoverished, the contents of multiple subjects are going to be lowered and with the decrees the humanities are being greatly attacked, cutting workload of subjects such as classical culture, music or religious education directly attacking the freedom of families", he added.

The president of the PPCV has assured that "the decrease in hours and the conditions in which these subjects remain represents a very significant decrease in teaching hours and will cause numerous dismissals," he asserted.

In this sense, he has announced that from the PPCV «we will implement all the legal measures within our reach and the necessary resources to prevent this educational folly from occurring and the different decrees that represent an outrage on Valencian education go ahead. It is an attack on the quality of education, on competitiveness and on the lack of a culture of effort in which Compromís and Ximo Puig are fattening themselves".

Mazón lamented that «Puig's hallmark in educational matters is the lack of freedom of fathers and mothers, both to choose the education they want for their children, and the language in which they want to educate them. Everything is imposition and dogmatism of a Consell more concerned with imposing its model than with the quality education of our children. Puig continues to advance in the dismantling and ideologization of education in the Valencian Community».

Finally, the president of the Valencian PP has stated that "it is important to guarantee the right of families to study the subject of religion in the best conditions."

1 Ouigo puts its 'low cost' AVE tickets on... 2 They arrest a worker and two former employees of a... 3 Martí Caballé, Luis Santana, Zukan and Samuel Diz,... 4 Ten keys to the raging fire 5 More than 11,200 kilograms of stolen oranges with... 6 Arrested for assaulting, intimidating with a knife... 7 They find the body with signs of violence of a man... 8 Ximo Puig faces the post-Mónica Oltra era with a... 9 Jácome is saved from judicial burning by filing the... 10 Face to face with a new volcano with limited capacity 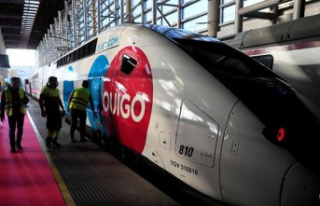