The president of the People's Party of the Valencian Community, Carlos Mazón, stated this Monday that "Puig divides Valencians by using the motto "Fent País" on the 40th anniversary of the Statute", after holding a meeting at the new headquarters of the popular with national deputies and senators and regional deputies. 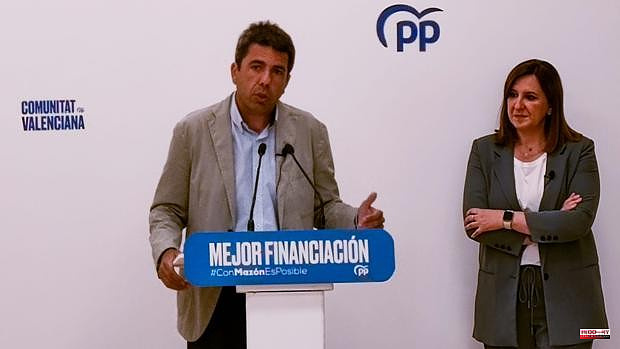 The president of the People's Party of the Valencian Community, Carlos Mazón, stated this Monday that "Puig divides Valencians by using the motto "Fent País" on the 40th anniversary of the Statute", after holding a meeting at the new headquarters of the popular with national deputies and senators and regional deputies.

In addition, it has announced that the PPCV will not participate in the events of this anniversary scheduled for June 1 with that heading. «It should have been a new reason to unite the Valencians. An opportunity to get together, to make a great convocation and celebrate the unity of the people is lost. But they have decided to continue with the division, insinuating that we are one of those countries that wants Catalan independence.

With this motto it is divided, it is not added and an opportunity to unite is wasted”, he emphasized.

The popular president has pointed out that “it is a pity that it has been decided to distinguish between what they feel as a country or not. Our country is Spain and this is our Community. Regardless of feelings, they have lost the opportunity to get back together, with a consensual slogan that could serve as a shock. We will not participate in acts that affect the separation.

«We will celebrate the 40th anniversary talking about its positive aspects, about the necessary territorial cohesion with presentations and campaigns that speak of unity and not of separation. We will not engage in further innuendo at acts of agitprop. We regret that something as respectable and relevant to our signs of identity as the Statute is used to make a policy of separation. The tripartite is to something else. That motto is a gross error that does not represent all the citizens of the Valencian Community ».

CMazón has also referred to the call for a meeting in Les Corts next Friday on the new financing model. «The PP will go where it is necessary so that the Valencian Community is treated as it deserves, stops being in line and being the most affected in Spain. We will defend the interests of citizens tooth and nail because the funding we deserve is health centers, hospitals, social policy... everything we need to maintain the welfare state", he has promised.

Mazón has called for “rigor, seriousness and unity”, because, in his opinion, “the staging of the president of Les Corts is the least striking: his own party conditioned his vote for the PGE to immediately have a new system of financing, despite the fact that they were especially detrimental to Alicante, Castellón and Valencia'.

In this context, the leader of the popular Valencians points to some unknowns: «Now we have to ask ourselves if Compromís will reiterate its support for Sánchez after four years, because the Fiscal and Financial Policy Council has still not met and without admitting the allegations presented. We will go to the meeting with the best of our intentions but with the worst of our hopes. We see Puig on his knees before Sánchez and financing that has not yet arrived. The change of model is one of the great deceptions of the tripartite to the citizens of the Valencian Community».

1 Ukraine: The death of a French journalist fighting... 2 Ukraine war: London fears for energy supply and wants... 3 Environment. Drome in the Drome: As the situation... 4 The Astrodome's summer launch at Vivres de l'art:... 5 Sainte-Maure-de-Peyriac: The party to the sound of... 6 Rochelais Basketball Stadium. "It's a shot... 7 Ligue 2. Henri Saivet was the first recruit at Pau... 8 The biggest rise in the Euribor since 2008 will make... 9 Charente-Maritime: A young driver strikes a tree in... 10 Five complaints were filed against Bearn for "wild... 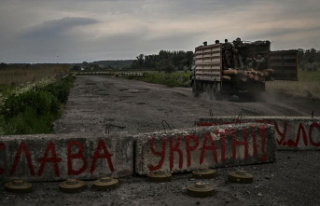 Ukraine: The death of a French journalist fighting...