Mayor's objective: the PSOE intends to strengthen its power in the capitals of Castilla y León and the PP, to recover it

With less than a year to go before the municipal elections are held in Castilla y León (on May 28, 2023), the two main political parties begin to move their gears to prepare for the new appointment at the polls. 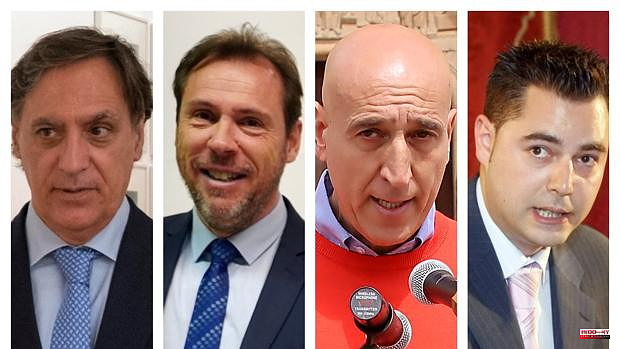 With less than a year to go before the municipal elections are held in Castilla y León (on May 28, 2023), the two main political parties begin to move their gears to prepare for the new appointment at the polls. The fact that for the first time the elections are not autonomous is going to allow them to concentrate on the design of some candidacies that, being the municipalities, weigh, in some cases, more than the 'political brand' itself. On this occasion, the rise of Vox and the presence of local formations, such as Soria ¡Ya!, UPL and Por Ávila, which in the regional ones already made (in the case of the first two) a show of force, can substantially alter the correlation of forces.

The PSOE announced yesterday that the battle is beginning and, for this, it launches the preparation of lists. Party sources assured ABC that the objective is to maintain the mayorships of the five capitals that it has in the Community (Burgos, León, Segovia, Soria and Valladolid) and fight for Palencia (especially) and Ávila. In short, they seek to maintain the local strength that they achieved in 2019 and even reinforce it.

In the ranks of the PP the aspiration is also great, although it starts from much lower down, so the effort must be substantially greater. With a single mayor's office, that of Salamanca, the intention of the popular is to recover the lost capitals and for this they do not hide, in some sectors, that the sum of Vox will be fundamental. In the provincial directions they keep silent before this possibility that, despite everything, they do not deny. In this case, the greatest hopes are pinned, in addition to Salamanca, on Ávila, Burgos, Palencia, Segovia and Valladolid. In León, Soria and Zamora, on the other hand, recognize that the task is not easy at all.

Precisely, both popular and socialists are only clear, for the moment, that those who are mayors today will once again be the candidates. The rest of the applicants is still unknown, with some exceptions. In the case of the PP, the national leadership will ultimately decide, while in the PSOE it must go through a primary process.

In Ávila, neither the PP nor the PSOE have outlined their candidates, aware that they need a very strong profile to remove José Manuel Sánchez Cabrera, from Por Ávila, from the mayor's office and stop Vox's push. In the PSOE, the current spokeswoman, Yolanda Vázquez, could be the option, although open to being confirmed in the Primary. In the PP, on the other hand, there are several possibilities ranging from Senator Patricia Calleja, to Óscar Arroyo, deputy secretary of the party in the province.

In the Burgos capital its current mayor, Daniel de la Rosa, will be the PSOE candidate. For the PP there is no decision made and there are also several alternatives with which they work. From the current spokeswoman, Carolina Blanco, to the former Treasury councilor for eight years, Salvador Foronda, an option supported by Juan Carlos Aparicio and Juan Vicente Herrera. Both popular and socialists look askance at Vox, which in 2019 allowed De la Rosa to become mayor with his abstention. They are also waiting for Ortega Lara to finally decide to make the leap into politics.

In León, for the moment, only the PSOE seems to have a clear candidate for mayor of the capital ahead of the next municipal elections. The current mayor, José Antonio Diez, has never hidden his intention to maintain his position, to give continuity to his "city project" by running for re-election. What was up in the air, at least for a few days, was whether he would do it for the PSOE, after having denounced a maneuver by the party's provincial secretary to separate him and take away the leadership of the Municipal Association. If he did not hold this position, he understood that the PSOE did not believe in his management and would not be his candidate for the City Council, he warned, but he won and will repeat and, in addition, within the party they have told him that they have him, that "he was never questioned as a candidate ».

In the PP, however, it is unknown who will be the person who tries to obtain the municipal baton. The provincial president of the party, Javier Santiago, pointed out this May that they have asked that the candidate be named "as soon as possible", because he recalled that his election is "a national competition when it comes to making the lists." The name that has sounded the strongest has been that of David Fernández, provincial secretary of the popular party and bet by the former mayor and now senator Antonio Silván, although the party president claims to have a "winning candidate." In any case, there has also been talk of the possibility that it could be the former Government delegate in León, Teresa Mata, reports Rosa Álvarez.

The PSOE aspires to recover the mayor's office of Palencia and believes it possible with the help of Miriam Andrés, the group's current spokesperson. Although he won the elections in 2019 with eleven councilors, the PP's pact with Ciudadanos gave the Mayor's Office to Mario Simón Martín, from the orange formation. Precisely, in the PP they know that they are at a disadvantage before an electorate that has not forgiven them for giving up the mayor's office in exchange for tying up the Board. There is no popular candidate here either and, at the moment, there are two possibilities on the table: either the current spokesman and former mayor Alfonso Polanco, or Councilman Víctor Torres. In addition, the deputy Miguel Ángel Paniagua has offered himself publicly.

The PP will continue to trust Carlos García Carbayo, the only mayor of the capital that it currently has. He even believes that he can achieve greater electoral revenue thanks to his management. On the other hand, the PSOE, could also bet on continuity, hand in hand with the current spokesman José Luis Mateo, although always aware that there are no other options in the primary process.

In the capital of the aqueduct, the Socialists have just repeated the strategy of, one year before the elections, removing their mayor, Clara Luquero, to give visibility to the one who will be the candidate in 2023, Clara Martín. In the PP they have also defined their bet, the current spokesman Pablo Pérez, since the formation considers that he has done a great job of opposition and is being a continuous "scourge" of the socialist government.

In one of the socialist fiefdoms, the PSOE will maintain its veteran mayor, Carlos Martínez, for whom they consider there is no rival. However, the success of Soria ¡Ya! in the regional elections, in which he won three prosecutors with many votes from the PSOE, he makes them look cautiously at the new electoral appointment since the group of voters can cause them a considerable 'broken'. In the PP, for its part, where they recognize how difficult it is to get this mayor's office, the name of José Hernando, senator and general secretary of the party in the province, is being considered.

Nobody questions in the PSOE that Óscar Puente will go for his third term although, on this occasion, he will not have the support of his partner Manuel Saravia (IU) if he complies with his announcement of not running again. However, where the unknown remains is the PP. At this point there are several names that sound strong. The first, the deputy Eduardo Carazo; the second, the one who was already a candidate in 2019, Pilar del Olmo, who was not counted on until Feijóo became president of the party, recovered her (thanks to her closeness to Juan Vicente Herrera) for the national leadership of the training and thus returned to the pools. It is not the option of the regional president of the party, Alfonso Fernández Mañueco, but it may be that of Genoa. Del Olmo, who at the time stepped away, does not hide now that he is in a career in which some also include the advisor to the Presidency, Jesús Julio Carnero, Mañueco's strong man in the current Executive, whose projection grows day by day.

In Zamora, there are still no candidates and in most cases it is unknown who will aspire to the Mayor's Office and the Presidency of the Provincial Council. Thus, the only thing that seems clear, although it is not yet official, is that the current socialist spokesman, David Gago, will be the socialist candidate to be mayor of Zamora after he has already managed without opposition to access the local secretariat of the PSOE. For his part, in IU, the mayor for the last eight years, Francisco Guarido, who has an absolute majority, always maintained that he would not aspire to a third term, but in recent months his speech has changed to condition it also to what his party sets and what his Government teammates think, so he is no longer ruled out to repeat as a candidate for Mayor. In the PP, the one who will not repeat will be Senator Mayte Martín Pozo, so all options are open with a very divided party in which the hope, like that of the Socialists, is that Guarido does not appear, reports Alberto Ferreras.

1 Family allowances: CAF continues to delay processing... 2 High mountains. Philippe Seranne arrives at La Faurie... 3 International. The Queen's Jubilee is the program... 4 The PP of Castilla y León hopes to have the mayors... 5 The aid search engine for the promotion of births... 6 Culture commits to the Miguel Delibes Foundation to... 7 Dordogne: He steals a machine for construction from... 8 Agglo de Rochefort: Change in the Executive 9 These are the new tobacco prices published by the... 10 Ukraine: Catherine Colonna, the Foreign Minister of... 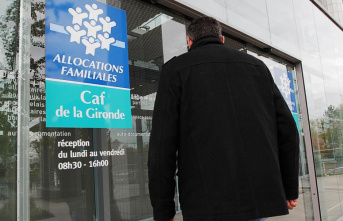