Mañueco: «The debt is the poverty that our children will pay»

The "clouds" that hang over the economy had been building for some time, and Vladimir Putin's "cruel invasion" of Ukraine "has aggravated" them, catapulting prices, with "absolutely uncontrolled" inflation, the president of the Junta de Castilla y León, Alfonso Fernández Mañueco, who censured that the central government is "overwhelmed" by the situation. 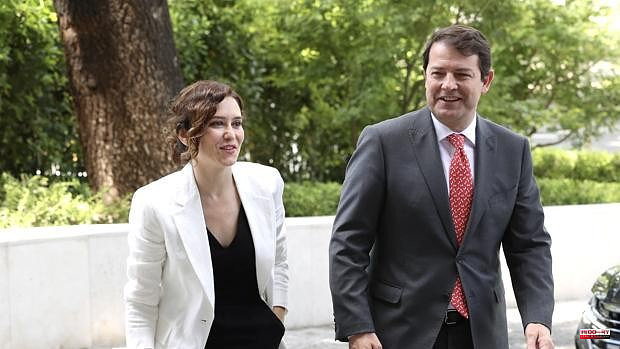 The "clouds" that hang over the economy had been building for some time, and Vladimir Putin's "cruel invasion" of Ukraine "has aggravated" them, catapulting prices, with "absolutely uncontrolled" inflation, the president of the Junta de Castilla y León, Alfonso Fernández Mañueco, who censured that the central government is "overwhelmed" by the situation. A scenario, he said, in which prices "turn into a drama" "everyday" issues such as the competitiveness of companies, making purchases day by day or refueling.

In addition, he added, the debt that "grows and grows." "And that debt is the poverty that our children and grandchildren will have to pay in the form of taxes," warned Fernández Mañueco during his speech at the closing of the Guadarrama Forum, in which the president of the Community of Madrid, Isabel Díaz Ayuso, also participated. .

His counterpart from the neighboring territory, with whom he claimed to coincide in their commitment to economic and social recovery "and, from our territories, to commit to the recovery of the country." In this sense, he pointed out that "the recovery is underway", although he acknowledged that they are also "aware" that one cannot fall into complacency and confidence, since "there is much to be done and there is no time to lose".

From the Junta de Castilla y León, he defended, measures have already been implemented such as an anti-crisis plan endowed with almost 500 million euros, which was the first decision of the new Government after taking office at the end of April. "Necessary, useful, consistent and realistic measures," said Fernández Mañueco, among which is the reduction of taxes within a bet that will lead Castilla y León to have its lowest tax rate in history. A "fiscal revolution", he affirmed, that will make the Community one of the regions with the lowest taxes, leaving "in the pockets" of families and companies 2,500 million euros of tax savings "that will allow the reactivation of the consumption, investment and job creation.

«We work to be, together with Madrid, where it is easier and cheaper to open and maintain a company» since «we consider that it is what creates employment», highlighted the Chairman of the Board. And he recalled that the Government of Pedro Sánchez "has not complied" with what was agreed on March 13 at the Conference of Presidents to lower taxes on energy, electricity and fuels.

1 Board and Government criticize each other for their... 2 Turkey changes its name in all languages ​​and... 3 Marc Márquez, successfully operated on the arm 4 Aketxe's great goal that returns the illusion... 5 Kilometric queues for the second consecutive day in... 6 The Diputación de Alicante transfers its discomfort... 7 Teresa Cardona, the new voice of crime fiction in... 8 An 89-year-old man dies in the fire at his house in... 9 The IGME will be the 'eyes' of the coastal... 10 The CNMV suspends the listing of Acerinox due to a... 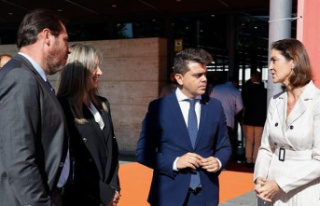 Board and Government criticize each other for their...