Mateu Lahoz, the only Spanish main referee in the Qatar 2022 World Cup 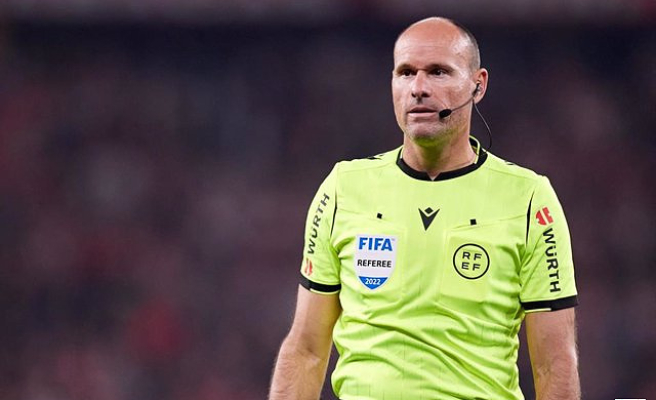 The FIFA Referees Committee announced this Thursday the lists of the referees selected for the 2022 Qatar World Cup, with Mateu Lahoz being the only Spanish representative of a team that includes, for the first time, three main referees.

FIFA has chosen 36 main referees, 69 assistant referees and 24 members of the video referee team (VAR) for the World Cup event at the end of the year in Qatar.

Among the main ones, the presence of three women stands out and a single representative of the RFEF, the Valencian Antonio Mateu Lahoz, who will be assisted on the wings by Roberto Díaz and Pau Cebrián.

"As always, we have put quality before everything else, and the referees chosen are of the highest level in the world," said the chairman of the FIFA Referees Committee, former Italian referee Pierluigi Collina.

According to the world soccer entity, more than 50 refereeing trios from around the world were analyzed as candidates to be in Qatar 2022, and those chosen went through a severe preparation process despite the ravages of the coronavirus pandemic.

The director of the FIFA Arbitration Subdivision, Massimo Busacca, ensured that the referees received all the necessary support from FIFA, which sees the preparation of those chosen as "essential".

"Thanks to an innovative follow-up and support programme, FIFA referee instructors are able to supervise all referees even more closely and intensively than before. This is a very important factor, with which we hope to see considerable improvements and progress." ahead of the 2022 Qatar World Cup," he assured.

Thus, the selected referees will participate in various seminars in June and July (Asunción, Madrid and Doha), in which videos of real match situations will be reviewed and analyzed, and they will participate in practical training sessions with footballers, which will be recorded so that participants receive immediate feedback from instructors.

Undoubtedly, one of the novelties of this list is the presence, for the first time in the history of the FIFA World Cup, of three main referees - Stéphanie Frappart (France), Salima Mukansanga (Rwanda) and Yoshimi Yamashita (Japan). )-- and three other assistants --Neuza Back (Brazil), Karen Díaz Medina (Mexico) and Kathryn Nesbitt (United States)--.

"We are pleased to be able to count for the first time in the history of the World Cup with female referees along with the assistants. These appointments culminate a long process that began several years ago with the appointment of female referees in FIFA youth and senior men's tournaments. In this sense , we will not get tired of repeating that what is important is quality and not gender", assured Collina.

After its premiere at the 2018 World Cup in Russia, the VAR will this time have 24 members in the video refereeing team (VMO). If in the previous appointment these members were basically from Europe and South America, in Qatar the referees in charge of the VAR will also be from Asia, Africa, Central America and North America.

As for the Spanish representatives in the VAR room, the Basque Ricardo De Burgos Bengoetxea, the Canarian Alejandro Hernández Hernández and the Valencian Juan Martínez Munuera will be present in Qatar 2022.

1 Huawei Watch: discover the new Huawei Watch GT 3 Pro 2 Catalonia aspires to host the 2031 Ryder Cup 3 Stéphanie Frappart will referee World Cup matches... 4 "We want to get to the last game alive with our... 5 France breaks spring heat record for 38 consecutive... 6 Blood donation and Covid: “We accept all donors,... 7 The finalists of the XXXII International Award for... 8 The Generalitat formalizes the progress of the school... 9 Don Juan Carlos plans a second trip to Spain in June... 10 Government engineers suspend strike 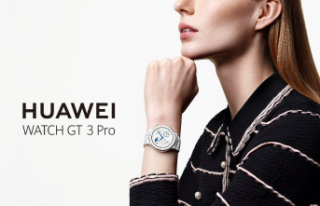