Led by the 30-year-old Borussia all-rounder, Gladbach celebrated their redeeming first win after three competitive defeats. Coach Daniel Farke's team won 3-1 (2-1) against VfB Stuttgart thanks to a quick comeback goal from Hofmann in the fourth minute. They were "caught cold", said Stuttgart's Chris Führich and added to the streaming service DAZN: "Of course the Hofmann has his qualities."

In front of 53,178 spectators, goalscorer Marcus Thuram (25th) scored again for Borussia. In the fourth minute of stoppage time, Patrick Herrmann, who had just come on for Hofmann, scored the final point. With their first win against Stuttgart in almost four years, Borussia jumped to seventh place in the table at the start of the 13th matchday.

Hofmann demonstrates his value for Gladbach

The Swabians, for whom Tiago Tomás (35th) was successful, are still waiting for their first away win this year. The team of interim coach Michael Wimmer remains in relegation trouble in 15th place with eleven points.

The key to Gladbach's success was Hofmann's early lead, which seemed like a liberation. Only 17 days after his shoulder joint fracture in the cup defeat against second division SV Darmstadt, the national player was back in the starting XI and immediately demonstrated his enormous value for Borussia. With a dropkick he threw a preparatory work by Alassane Plea into the VfB goal.

Hofmann could not have demonstrated more impressively that, despite the injury, he is ready for the World Cup in Qatar in two weeks. Only with increasing playing time did his let go.

Another early deficit for VfB

With the early deficit, VfB once again proved their sleepiness at the beginning of the games. Hofmann's goal was the eighth goal conceded in the first quarter of an hour this season - no other Bundesliga team is currently conceding so many goals so early. The Stuttgart performance increase in the game after about half an hour came too late.

The VfB defense behaved in an adventurous manner and not suitable for the Bundesliga when they conceded the second goal, which was played wonderfully. Stuttgart's interim coach Wimmer had completely replaced the central defense compared to the 2-1 win against Augsburg. In the newly formed defence, Pascal Stenzel initially came up empty against the strong Plea, before Konstantinos Mavropanos, who had just joined the team, caught the eye with a positional error against Gladbach goalgetter Thuram.

The Frenchman converted the precise preliminary work of his compatriot Plea into his ninth goal of the season. Thuram is currently the top scorer in the league together with Bremen's Niclas Füllkrug and Leipzig's Christopher Nkunku.

Again trouble with the video evidence

Only now did Stuttgart wake up and play more forcefully and energetically. The guests took advantage of the defensive weaknesses of young Gladbach right-back Joe Scally before the break. The Stuttgart team tried again and again through his defense - once with success when Marvin Friedrich made a mistake in right central defence. Even veteran Tony Jantschke could not save as a replacement for the ailing Nico Elvedi. The second round was balanced. Gladbach played well and were then able to celebrate the third goal with the final whistle.

The guests got angry about it. After about a quarter of an hour, Gladbach's Ramy Bensebaini should have been sent off after a slap in the face by Waldemar Anton. Referee Matthias Jöllenbeck pulled out a yellow card and, after watching the scene on the monitor, also stuck to his decision. "100 percent red card in my eyes," said Anton and emphasized when he saw the scene: "That's crazy, unbelievable." 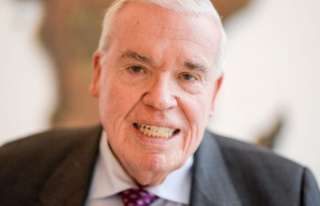