In the middle of a sea of ​​banners – “my body, my decision”; “preserve reproductive freedom”, “prohibitions outside our bodies” or “abortion in all 50 states is a human right”–, the sign that Heather wears requires an explanation: “I am here for her”. 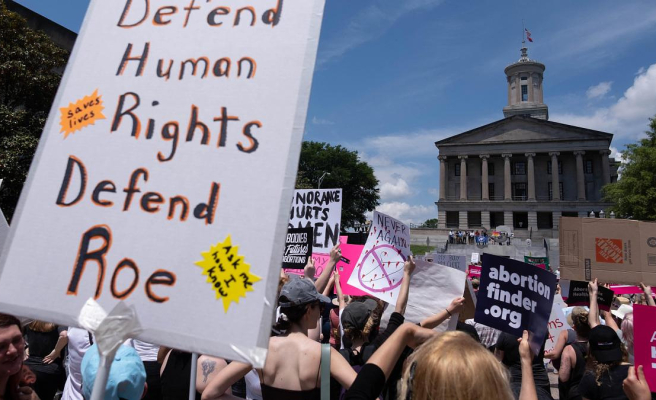 In the middle of a sea of ​​banners – “my body, my decision”; “preserve reproductive freedom”, “prohibitions outside our bodies” or “abortion in all 50 states is a human right”–, the sign that Heather wears requires an explanation: “I am here for her”.

She is his grandmother. “She had an illegal abortion, her life was in danger, in an Upper West Side warehouse in the 1930s. She nearly died and, as a result, she was unable to become pregnant again. That is why my mother was adopted,” she explains.

Heather, who fears returning to the medieval caves that Belle, her grandmother, faced, is one of the tens of thousands of people who demonstrated in New York this Saturday, as well as in 400 other marches throughout the country, against the that the reversal of the judgment of the Supreme Court of the United States in the Roe versus Wade case, which legalized the interruption of pregnancy at the national level in 1973, seems imminent.

The main protest in New York started in Brooklyn and, crossing the famous bridge, those summoned reached lower Manhattan. “My body, my decision” they sang. The atmosphere was enthusiastic, due to the massive response, but markedly solemn.

“It is very important to demonstrate because for the first time in half a century we can lose the right to choose. I can't sit still, silent. It would be submission,” says Joy Cusick, real estate agent.

Keep a few seconds of silence before answering the following question. “I would tell Judge Alito that I am doing this for my daughter. She would tell them that women's legal right to choose is still valid 50 years later,” she stresses.

Samuel A. Alito Jr is the ultra-conservative magistrate of the Supreme Court who wrote the draft that would annul abortion in the country and would remain in the hands of each state, of which 23 have practically already announced that they will ban it in practice. Four other conservative judges supported that draft, so they have a majority.

That text was leaked on May 2, which caused an unprecedented crisis in the judicial institution. The matter is to be made official this June.

Clarence Thomas, another of the ultra-conservative magistrates, criticized this leak this Friday. He argued that this erodes his credibility. In that act, however, he was not asked any questions about the attempts of his wife, Ginni Thomas, to perpetuate Donald Trump in the White House.

Washington, Chicago, Boston, Los Angeles, Austin or New York, to name a few cities, poured into the streets. “My uterus has more regulations than your weapons”, underlines the sign that Melissa Cohen wears in the Big Apple.

“The Supreme has exceeded its borders. I am a lawyer and what Alito is trying to do is unprecedented, never in the history of this country has a right been pushed back, they have always expanded, ”she remarks.

The bad thing for Cohen is no longer just abortion, but the direction of the United States. “We are heading towards fascism”, he laments.

1 Biden uses war and abortion to launch the legislative... 2 North Korea: 15 new deaths from "fever"... 3 Caring 4 Richard Branson: "My mother taught me that life... 5 Mango's American Dream 6 Wave of layoffs at Silicon Valley start-ups 7 The shortage of technological talent triggers the... 8 Candidates are sought for mayor of Barcelona 9 The CNI, the Russians and the independence movement 10 THE DIALOGUE MUST CONTINUE 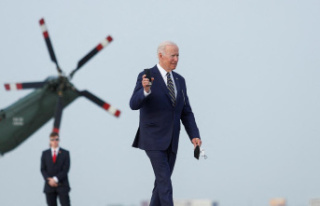 Biden uses war and abortion to launch the legislative...