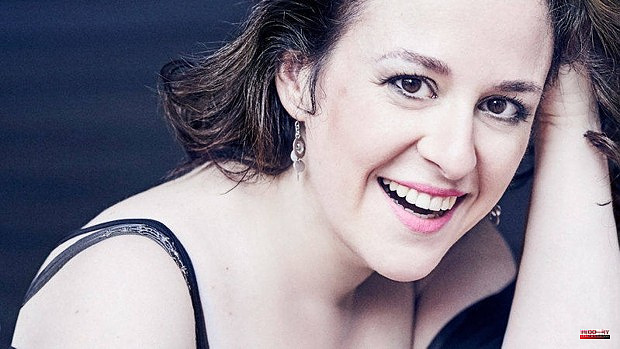 I needed a concert like this. As much as it's hard to believe, critics are also people, and the mood with which we arrive at auditoriums also influences our perception of music, as well as that of the rest of the public. Our profession teaches us to leave the noise we bring from the street in the slogan to be able to focus on what is purely artistic, but we do not always fully achieve it. And I, I must admit, that day I needed a concert like this, after several days in the middle of the controversy between the tenor Roberto Alagna and the Liceo. I needed a concert like this, to remind me with convincing evidence that there are still musicians who put music above all else. Sincere, honest and dedicated, who enjoy going on stage.

Marta Mathéu and Francisco Poyato gave a lesson in this regard.

The recital was divided into two blocks. On the one hand, works by Toldrà and the 'Five black songs' by Montsalvatge, a repertoire well known to Mathéu, who has tackled it countless times. On the other, a selection from Schumann's 'Myrten' collection, which the soprano was making her debut on stage. It is convenient to dwell on this detail, to celebrate that the Schubertíada, not only in its programming in Vilabertrán but also in Barcelona, ​​decisively supports local talent. It is not acceptable, at this point, to ask our singers to address only the great repertoire of national authors. We also want to listen to them with the great international repertoire, and it is becoming more and more common to do so. The fact that Mathéu has not had the opportunity to sing his version of 'Myrten' to us until now should move us to reflection, but above all to joy, because he is in a full moment, on the verge of pleasantly surprising us with his 'Norma' in the Liceo, and her voice has found colors, nuances and power that definitively place her as a benchmark for lyrical singing in our country. Beside him, Francisco Poyato once again exhibited good taste and excellent ability to accompany singers. He is a pianist of absolute reference when it comes to lied.

The harmony between the two became evident from the first song of the collection, 'Widmung', in which the verses "You are rest, you are peace" are dyed dark to convey that emotion so typical of romantic infatuation that the work transmits. of Schuman. At the other extreme, the ethereal clarity of moments like the end of 'Hochländisches Wiegenlied', that «komm zurück» that ends in a sharp and beautiful pianissimo.

All in all, as Schumann's repertoire was debuting, Mathéu was not as confident as he was later in a delicious Toldrà and, above all, with some simply memorable 'Canciones negra'. Mathéu brought out her entire palette of resources there, at the service of exceptional music, which should be programmed more and more. From the lightness of 'Punto de habanera' to the dark symbolism of 'Chévere', Ella Mathéu gave a masterful lesson and demonstrated once again that she has a beautiful instrument that she uses as she pleases. Her energy makes her on stage like a wave that floods everything. The catchy 'Canto Negro', with a version that took Cuban rhythms to the extreme, was the culmination of an evening that would have deserved a much more crowded room.

1 Florentino Pérez will only be able to accuse Iberdrola... 2 CC.OO. and UGT raise the strike at Correos to the... 3 Like this it has been the injury of Alexander Zverev 4 Checo Pérez's apology after his gap in Monaco 5 The doubts generated by PSG's financial fair... 6 Spanish products triumph at the 'Superior taste... 7 Duquende and Ricardo Ribeiro create the canastero... 8 Suma designs a strategic plan to improve citizen services... 9 Internists ask for a meeting with the Xunta and do... 10 The European Union announces sanctions against Putin's... 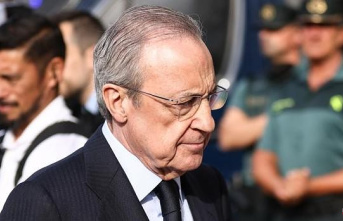 Florentino Pérez will only be able to accuse Iberdrola...