The XXVIII edition of the International Music Festival of La Mancha has been presented in Quintanar de la Orden, an act of reaffirmation and optimism after the suspension of the 2020 edition and the reopening of the year 2021, said the Councilor for Culture, José Ángel Escudero . 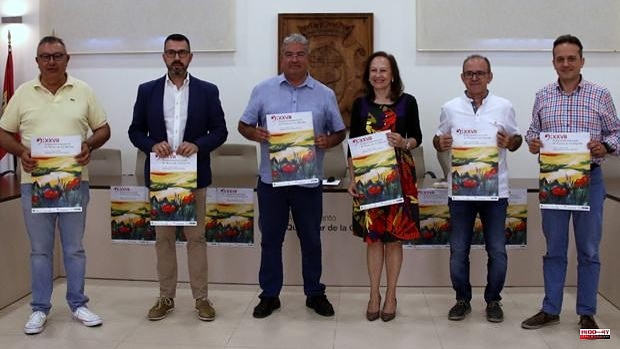 The XXVIII edition of the International Music Festival of La Mancha has been presented in Quintanar de la Orden, an act of reaffirmation and optimism after the suspension of the 2020 edition and the reopening of the year 2021, said the Councilor for Culture, José Ángel Escudero .

The mayor of Quintanar de la Orden, Juan Carlos Navalón, affirmed that "we are returning to the festival with a marked desire for durability, more so in these times when the situation makes projects tend to disappear" and highlighted the presence of figures from great national and international stature along with other great local musicians.

The director of the festival, Consuelo Díez, reviewed the concerts that will take place between July 8 and August 6, with especially outstanding moments such as the performance of the soprano Montserrat Martí Caballé and the baritone Luis Santana; the presentation of the classical-romantic guitar duo 'La Lira Nocturna'; the Basque group Zukan

–specializing in national and international contemporary music—; the Galician guitarist Samuel Diz, in a recital marked by the female composers of the generation of the Republic; Quintanareño pianist Francisco Cañizares – who began to attend the festival as a public at the age of four and who today becomes one of its protagonists-; the Prochain Arrêt saxophone ensemble; the screening of the opera Selene, by Tomás Marco, and the two concerts by the Municipal Symphonic Band of Quintnar de la Orden. He also wanted to highlight the enormous quality and beauty of the poster made by Tomás Verdugo.

Next, Sebastián Heras detailed how the recovery of the Diego Ortiz Courses will be undertaken, which will finally be able to resume their activity after the pandemic. His allusions to two of the protagonists of the present edition of the festival were especially revealing, since Pedro Pablo Cámara and Francisco Cañizares were students of the Diego Ortiz courses. "Today they are top-level figures at the Festival," he detailed. The student concert will focus mainly on baroque and romantic music and the teachers will be Ana Alcaraz, Radovan Cavallin, Pedro Pablo Cámara, José Antonio Masmano and José Vicente Guerra.

To finish, he referred to the two concerts of the Municipal Symphonic Band. The first of them will take place in the parish of Santiago de la Espada and will be the largest held in this church. The two works presented are huge religious pieces. The first of them, Gloriosa, by the Japanese Yasuhide Ito, "is a song of resistance by Japanese Christians who suffered persecution and death." In turn, the work Los Arcángeles, by the Italian Franco Cesarini, is, according to Sebastián Heras, "more symphonic and with greater instrumental colour".

The second concert, held in collaboration with the Denomination of Origin La Mancha, is "a feast of the senses, in which music and pairing mix very well, with works clearly referring to wine and food".

Both Consuelo Díez and Sebastián Heras thanked the City Council of Quintanar de la Orden for their absolute commitment to the La Mancha International Music Festival and the courses, as well as all the collaborating entities, such as the El Dorado Art Space-Amelia Moreno Foundation ; the convent of the Franciscan Fathers; the Denomination of Origin La Mancha; the parish of Santiago de la Espada and the IES 'Infante Don Fadrique'.

1 Ten keys to the raging fire 2 More than 11,200 kilograms of stolen oranges with... 3 Arrested for assaulting, intimidating with a knife... 4 They find the body with signs of violence of a man... 5 Ximo Puig faces the post-Mónica Oltra era with a... 6 Jácome is saved from judicial burning by filing the... 7 Face to face with a new volcano with limited capacity 8 The Generalitat sees "a point of irresponsibility"... 9 Russia bombs downtown kyiv as world leaders meet in... 10 At least 20 dead in a South African nightclub in unknown... 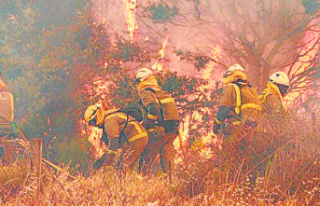