Marshall plan for Ukraine will include anti-corruption measures

The figure has been calculated by the Ukrainian Prime Minister, Denys Shimyhal, who considers that the reconstruction of his country, once the war is over, will cost some 750,000 million dollars. 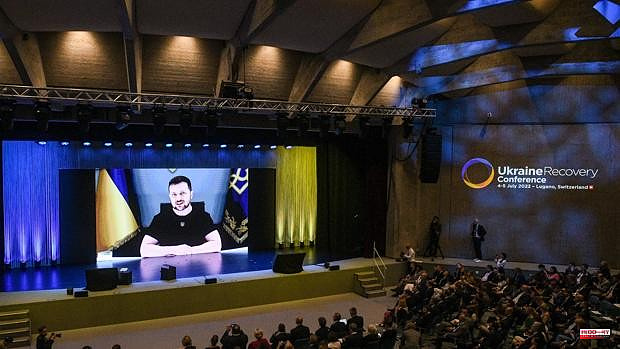 The figure has been calculated by the Ukrainian Prime Minister, Denys Shimyhal, who considers that the reconstruction of his country, once the war is over, will cost some 750,000 million dollars. He insists that Russian assets blocked by international sanctions must be contributed to that goal. He has requested this at the Lugano Conference, which takes place this Monday in Switzerland, in which the international community begins to design the Marshall plan for Ukraine. The meeting had been convened before the Russian invasion and its original objective was to discuss possible reforms that would help Ukraine in the fight against corruption, but the Russian attack has imposed reconstruction as a priority for political leaders, businessmen and representatives of institutions that have met in Lugano, although the president of Switzerland and host of the conference, Ignacio Cassis, has recalled in his speech that "reconstruction and reform are not in competition, but reinforce each other".

In his opinion, these negotiations must lead to "an effective political process." This comment was not trivial. Ukraine ranks 122nd on the list of 180 countries examined by Transparency International, which suggests that much international aid could be lost along the way if it is not remedied first.

President Volodimir Zelenski has addressed the assembly via videoconference to request contributions from "the entire democratic world" and has advanced that "the task will be colossal, even if it focuses only on the liberated territories." For security reasons, Zelensky was unable to attend the meeting, but from a distance he took care to remind the nearly one thousand officials from Ukraine's allied countries, international institutions and private sector agents that the contributions will be "the greatest contribution to world peace".

Although the meeting is not intended to be a conference of donors, but to diagnose the needs and only begin to design the project, some of the attendees have already expressed their willingness to participate. The United Kingdom has promised to support the reconstruction of the city and the kyiv region, as confirmed by the British Foreign Office, which has offered to organize the Ukraine Recovery Conference in 2023. The European Union will undoubtedly be one of the large taxpayers and the President of the Commission, Ursula von der Leyen, has announced the creation of "a platform to coordinate European efforts, identify investment needs, coordinate action and channel resources". "Since the beginning of the invasion, the EU has mobilized some 6.2 billion euros in financial aid," she recalled, "and more will come, because we will commit ourselves substantially to reconstruction in the medium and long term." Von der Leyen expressed in Lugano her wish that the reconstruction process "also help strengthen Ukrainian institutions." "Ukraine can come out of all this as a stronger and more modern country, with a stronger judiciary and institutions, with successes in the fight against corruption and also with a greener, more digital and more resilient economy," he said. , helping to define that one of the great tasks of this 'Marshall Plan' for Ukraine will be to keep the Ukrainian oligarchs at bay.

Both kyiv and Brussels are already cracking down on the country's richest men. The most visible case is that of Viktor Yanukovych, a former president, whose villa on the outskirts of the capital of about 2,500 square meters was emptied by its owner of abundant works of art, rich furniture and numerous jewels that he took with him to Moscow. Yanukovych has been declared persona non grata in Ukraine, but another oligarch, Rinat Akhmetov, who promoted him in his political career and took him to the top of the state, still owns what is probably the biggest fortune in the country today. Forbes magazine valued her at around $7.6 billion last year. Akhmetov is the most prominent name on the list of Ukrainian oligarchs who control the country through a network of companies and relationships, and Zelensky is working to limit the power of these men, who have lined their pockets as a result of privatizations, after the collapse of the Soviet Union in the 1990s, and that they even managed to establish political parties to serve their personal interests.

"To better understand the role of the oligarchs, one only has to imagine Europe in the Middle Ages, with kings fighting feudal lords for power," explains Volodimir Ermolenko, director of the Ukraine World website. The writer and journalist admits that the excessive power of this small number of people is a burden for Ukraine, although he also believes that the competition between these powerful men has prevented a single authority like in Russia from prevailing. In November last year, President Zelensky introduced a law aimed at weakening the oligarchs and the war has finally caused serious financial problems for all of them, so they have lost influence.

The meeting in southern Switzerland was also attended by the Czech Prime Minister, Petro Fiala, who has just assumed the rotating presidency of the EU for six months, as well as his Polish counterpart, Mateusz Morawiecki, whose country hosts the largest number of Ukrainian refugees and has been willing to organize a donor conference.

1 Badosa: "No one likes to be on center court for... 2 Pope defies resignation rumors and hopes to visit... 3 Hezbollah drone provocation is criticized by the Lebanese... 4 Sánchez takes the first step to increase investment... 5 End to hell squat of Blanca and Miguel: the sick marriage... 6 Ukraine creates a $750B "recovery plan"... 7 Japan visits Russia and China warships close to disputed... 8 General declares that the military must leave Sudan... 9 Rescued 4th Crew member from a sinking ship south... 10 French president reshuffles Cabinet after election... 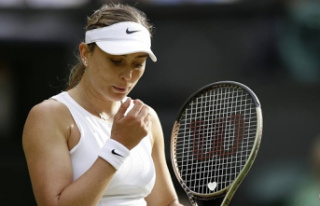