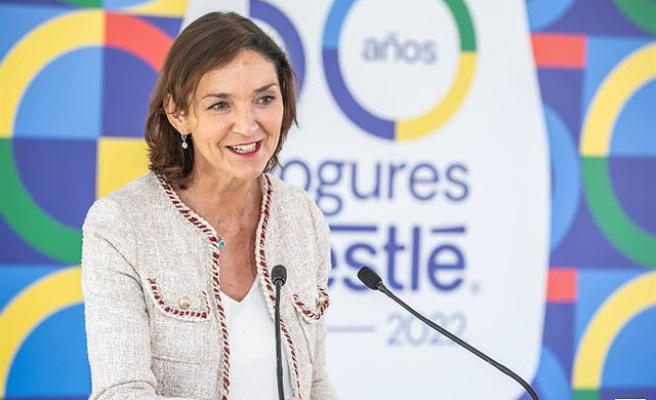 The Minister of Industry, Tourism and Commerce, Reyes Maroto, has advanced this Monday that in mid-June a line will be convened to accompany the modernization of the agri-food industry, a strategy that in a first call will be endowed with 400 million euros from to the extra 800 million --until completing 1,800-- of the agri-food PERTE announced last week by Pedro Sánchez.

After thanking the company Lactalis Nestlé for its "confidence in Spain" and valuing the work of the brand's employees on the occasion of the 50th anniversary of the manufacture of the first Nestlé yogurt in Spain, he cited the agri-food Perte as a strategy to "offering a historic opportunity to strengthen an agri-food industry that is one of the most important in this country and is contributing to economic development."

For Maroto, projects such as the Nestlé one in Guadalajara are a magnificent example of public-private collaboration, an affirmation after which he has shown his commitment to the modernization of a sector such as dairy, which, as he specified, is of great importance in Spain. .

The head of Industry has influenced the work of companies such as Lactalis Nestlé to ensure that in the midst of a pandemic their products "would not be missing" on supermarket shelves.

"The reason for Nestlé's success is that it seeks ways to improve people's health," said the minister, extolling that this extreme is "at the core of its business model."

Citing the 'La Lechera' yogurts, always marketed in glass, they are for the minister an "example" of caring for the environment.

For Maroto "it is important to say that the dairy sector is the second most important in the agri-food industry in the country", and he stands out for something that "places Spain at the forefront, such as the demographic challenge".

Thus, it ensures that the dairy sector chain "generates more than 60,000 direct jobs" forming a "highly internationalized" sector, as is the example of the Marchamalo plant.

He concluded his speech by encouraging all companies in the sector to take advantage of the opportunity that all these projects represent, "unique to contribute to a more competitive and sustainable industry", he concluded.

For his part, the mayor of Marchamalo, Rafael Esteban, has referred to the work carried out by industries such as Lactalis Nestlé during the pandemic, with specific reference to the donations of more than 35,000 products that he made, something that "is an example of solidarity " and also "a pride for this mayor".

For Esteban, "it is a real honor to have grown up with these products", and he recalled that many generations have passed through this plant. "We are going to continue working hard to ensure that the challenges you face as a company have the best economic and social goals", he stated.

The councilor has highlighted the "service guarantee" of this company, which he has put as an "example of solidarity" showing his pride in this company with roots in the locality, making itself available to the industries that are settled or settle in the town to help them in whatever way this council can.

1 Madrid has solvent tenants who cannot find housing,... 2 The Copa del Rey 2023 basketball will be played in... 3 Sestao River-Lleida and Espanyol B-Arenas in the semifinals... 4 Granados (PSOE) asks Feijóo to act to "clean"... 5 Valladolid, capital of biomass 6 11,500 applicants for 1,035 places in the oppositions... 7 Núñez Feijóo visits Ceuta this Tuesday to demand... 8 IN PICTURES | Queen Elizabeth II cheered at the first... 9 The advance of the Toledo POM will be presented, finally,... 10 Masterchef 10 burns its own failure: La 1 broadcasts... 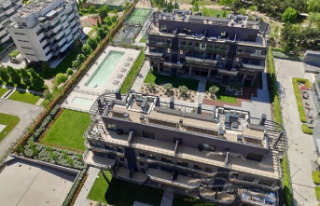