Mario, the criminal squat who is in prison for trying to kill an opponent of the national police 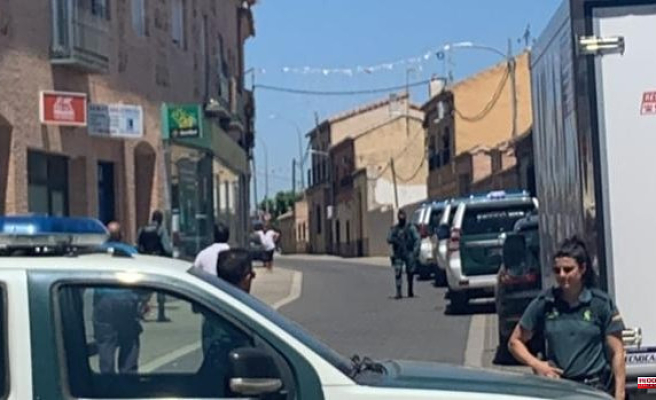 Since then, in this Toledo town they say they breathe easier. Mario entered prison on Monday accused of trying to kill Jorge, a "good kid" who is running for the national police. The attack with a knife had happened two days earlier, early Saturday morning, on Molino Street.

"Jorge crossed his path," they explain graphically in the town.

It happened about six o'clock about 300 meters from the apartment where Mario lived, at number 3 bis on Calle del Duende. “He was squatting on the first floor, by himself,” says a neighbor who has known him since he arrived half a year ago in this town of about 8,000 inhabitants, 5,000 of them registered.

"You only saw him at night, because he didn't go out in the morning," adds that source, although others point out that Mario lived in the apartment along with a partner in misdeeds, "a guy who drives without a license at 200 kilometers per hour and Everybody knows".

"He is a habitual criminal," say others in the town, eleven kilometers from the Toledo courts where Mario had to appear on Monday. “He comes from the Polígono de Toledo neighborhood and it is not the first time he has used a knife to steal or defend himself,” say police sources in the regional capital, who point to Mario as one of the alleged perpetrators of the latest cable thefts in the nearby municipality of Nambroca.

For the cultural week and the festival week, which are consecutive, the City Council erects some construction booths so that the clubs have their food, ice and drinks stored. They are installed in the street of Doctor Díaz Benito, confluence with that of Molinos, where the stabbing occurred. According to the neighbors, Mario would be bothering some of Jorge's friends, who approached, "he told him whatever it was and, without saying a word, stabbed the boy several times in various parts of the body." Mario ran away.

“At that time there were neither local police nor Civil Guard agents,” they criticize. “We cannot consent to remain unprotected, that parties are held without any type of protection or security agents,” read a message broadcast by Facebook to call for the demonstration that took place on Sunday in the Plaza del Ayuntamiento. "We are not going to allow what they have done to Jorge to happen to anyone again and that there are no agents for immediate arrest," he added.

According to the recommendation of the Federation of Municipalities and Provinces (FEMP), the security ratio should be 1 local police for every 667 inhabitants, while the European Union (EU) indicates 1.8 agents for every 1,000 inhabitants. Based on this, Nambroca should have many more police officers than the two currently working, although there is a third position that has not been filled for more than a decade.

Mario was later arrested by the Civil Guard, who also recovered the weapon with which Jorge had been stabbed. It was around three in the afternoon, with the presence of agents from the Citizen Security Unit (Usecic) of Toledo, given the characteristics of the individual.

Two days later, he was handed over to the Investigating Court number 1 of Toledo, acting as a guard. After taking a statement, the head of the court ordered a reported provisional prison sentence without bail.

At the same time, Jorge recovers from his injuries at the University Hospital of Toledo, where he underwent surgery. His attempted murder moved his neighbors, who took to the streets to protest. "If he had not gone to prison and gone out into the street, they would have busted him," they pointed out this Wednesday in the town, where Jorge's parents had requested calm and more police presence in writing.

1 Objective: Save the mosaics at the entrance to the... 2 Siro workers in Toro (Zamora) vote "no"... 3 Request to send armoured vehicles to Ukraine by the... 4 The Prosecutor's Office investigates Cristina... 5 Quintanar implements an incident communication service... 6 They rescue the eleven crew members of a Galician... 7 Germany will send IRIS-T air defense system to Ukraine... 8 Erdogan declares that Turkey will not continue bilateral... 9 Germany announces more arms shipments to Ukraine but... 10 Biden offers to supply Ukraine longer-range missiles 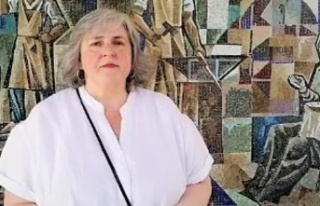 Objective: Save the mosaics at the entrance to the...