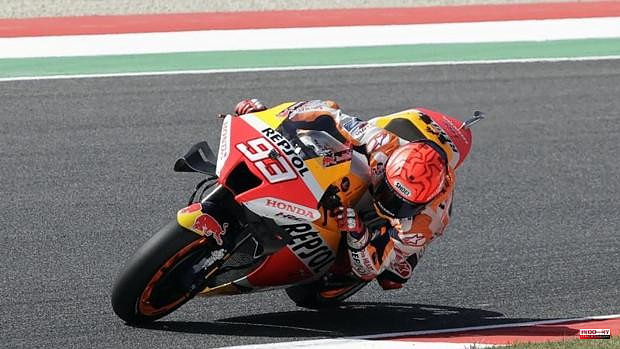 Marc Márquez will undergo surgery again to undergo surgery for the fourth time on his right arm and will stop competing indefinitely. The rider himself announced it after qualifying this Saturday, in which he did not have a good performance and suffered a new crash. “I am suffering too much, every weekend is a nightmare”, he explained together with the Repsol Honda team manager, Alberto Puig. And he has explained that next week he will be intervened in the United States. It must be remembered that the eighth world champion has had physical problems since he suffered a fall in Jerez in 2020 that caused serious damage to the humerus of his right arm.

A problem that was joined by his problems of diplopia (double vision), which have prevented him from competing in several tests.

"I don't know how long I'm going to be out, but I want to take the right steps. It will surely be a long time, of course », has recognized Márquez, who has not fully recovered from the surgical intervention to which he underwent 18 months ago. Puig took the floor to explain that the doctors "saw that the rotation of the right shoulder is brutal" after the investigations of Dr. Joaquín Sánchez Sotelo, from the Mayo Clinic. "We have to think about the future, in the year 2023," added the Honda executive. Márquez has revealed that he began to consider this option in Jerez: «When I had to withdraw from training I knew I couldn't continue like this. The suffering was much greater than the fun. It's a big sacrifice, but I'm sure there will be a reward."

Alberto Puig had already recognized in the morning the problems that Marc Márquez is having this season. “He has suffered a lot. It's not being easy, but... let's see what happens now. This circuit is very fast, there are very fast chicanes. You have to throw the bike away very quickly and if you're not physically fit, you're going to have problems. You have to have a lot of strength, you come out of a chicane, you get into another... You have to pull a lot from the top and it cost you last year and it's costing you now, "he explained to the DAZN microphones after he passed Q1 .

The rider is still looking for a solution to the arm injury that he has dragged on since the crash in Jerez in 2020. However, it seems that it is still resisting them. "What is clear is that he is having problems," assured Puig, who also recognized the difficulties he was encountering with the bike: "We are not hiding. The Honda is not doing well and we are not helping our riders as much as we should. And so, we are trying to find solutions, but it would be a mistake to think that our bike works. We have to improve it, and that's where we are. At the moment, we have not arrived. 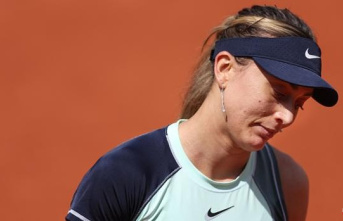 Badosa withdraws from Roland Garros due to injury