This Monday a man threw a 52-year-old woman onto the New York subway tracks. 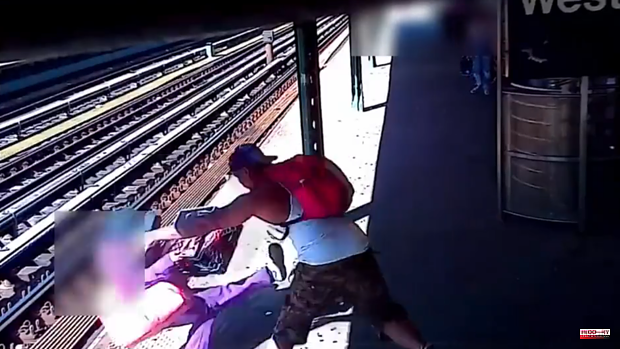 This Monday a man threw a 52-year-old woman onto the New York subway tracks. It happened in the Bronx, specifically at the Westchester Ave/Jackson Ave subway station. The suspect was arrested on Tuesday thanks to citizen collaboration, as confirmed by the Big Apple police.

The video of the event has gone viral in less than 24 hours, which facilitated the work of the agents to find the aggressor. In addition, the agents offered a reward of 3,500 dollars for any information that facilitated the arrest of the suspect.

In the images you can see how the man, who is wearing shorts, a tank top and a cap, grabs the woman, throws her onto the subway tracks and leaves the platform.

The victim, who managed to get off the tracks before a train passed by, is in stable condition but has sustained multiple head and arm injuries. She was taken to Lincoln Hospital after the assault, according to police. The attack takes place against a background of escalating violence in the United States.

1 The president of Paradores: «Tourism must understand... 2 What Conservatives might succeed Johnson in the UK... 3 Joaquín Sabina must pay a debt of 2.5 million euros... 4 A child dies in the shipwreck of a boat in the waters... 5 They find the body of a woman with signs of violence... 6 The pilgrim image of the Mare de Déu will tour the... 7 China and Cambodia reach an agreement on port; US... 8 The European Union approves the directive on parity... 9 Bale offers himself to Getafe, who are studying his... 10 Japan criticizes Russia over its fishing pact 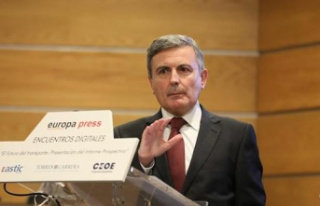 The president of Paradores: «Tourism must understand...