Majority support of the workforce for the plan that saves the 1,500 jobs in Siro

The workers of the Siro factories said 'yes' this Saturday to the new proposal of the investment partner to revive a company that has been in low hours for a long time with a debt that is close to 300 million euros. 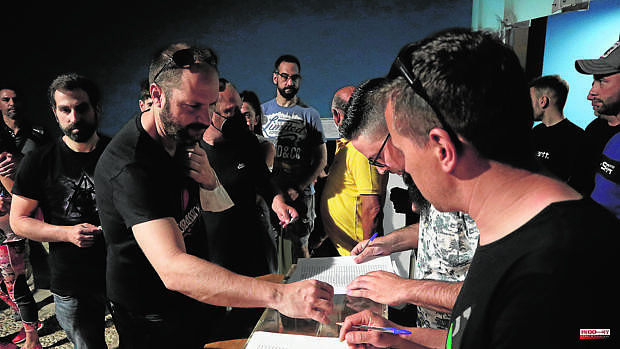 The workers of the Siro factories said 'yes' this Saturday to the new proposal of the investment partner to revive a company that has been in low hours for a long time with a debt that is close to 300 million euros. With this support from the plants in Toro (Zamora), Venta de Baños and Aguilar de Campoo, in Palencia, the clouds of crisis in the food group are finally dissipating, since the new proposal from the foreign fund, made up of Davidson Kempner and Afendis, will mean an injection of 100 million that allows to avoid bankruptcy, give liquidity to a group that could not even face the May payrolls, and save the more than 1,500 direct jobs that the firm has in Castilla y León.

The first to give the green light to the document that was agreed last Friday after a five-hour meeting at the Ministry of Industry between the works councils, the company and the investment partners were the workers of the Toro plant in Zamora, who previously, as those of Venta de Baños, had refused to accept the first feasibility plan presented to them. 92 percent of the staff gave their support to the latest proposal minutes after the Minister of Industry, Reyes Maroto, attended the assembly to explain the details of the preliminary agreement that was reached in Madrid hours after a meeting also held between the Board, committees and management.

The head of Industry, Commerce and Tourism - who said that since last February she had led the talks between creditors, the new investment group and the company's management to guarantee the future of the firm - wanted with her presence in the meetings of workers support the agreement and thus demand the support of the staff. And it is that, as he pointed out, there was no plan b and he put the workers in the dilemma of "talking about the future or closing" and warned that if the proposal for the future is not approved, he must sign social peace with the workers in the next four years Siro would go bankrupt on June 19.

The company lost 47 million last year and needs "in the short term to enable 130 million", of which 80 will be to pay suppliers and 50 for treasury and payroll. The Ministry, according to Maroto, mediated between the banking pool of creditors so that they would assume part of the losses based on their exposure to the company and sought an external investor who has contributed one hundred million.

In addition, after the pre-agreement reached on Friday, in the last few hours conditions have been improved by agreeing on the recovery of purchasing power of eight percent after the four years of salary containment established by the viability plan and better conditions have been achieved in incentivized dismissals , which can come in especially handy for employees who have been with the company for almost forty years and can thus have "a dignified departure".

Later, the minister traveled to the Palencia town of Venta de Baños, where almost 800 people work in one of the two Siro plants and where there was also concern about the critical situation. The initial plan included the closure of the biscuit factory, while in the current offer they have "earned two years" in which it will remain open so that from then on, or have continuity because "things are going well" or a new investor is found to keep it running, the minister assured.

Precisely the support of the biscuit plant was the most majority with almost 98 percent of the employees in favor of a plan that allows them to glimpse a future that just a week ago was very dark with the announcement of the closure by the company. “We are very happy”, assured yesterday the president of its Company Committee, María del Mar Rodríguez, because she has supported herself “with a large majority” in a center that was destined to end its activity. "That we have two years of margin and a commitment on the part of the Ministry to go looking for a solution among all is to be appreciated," he said, before pointing out that the stoppage of activity in all the Siro plants that the company announced a few years ago seven days after the rejection of the employees to the first proposed feasibility plan would have been a major "hammer blow" for the town. "We want there to be a future and we want to move forward," she said.

In the other of the Venta de Baños plants, which includes the special employment centers, support for the new conditions from investors was also broad, with 85 percent support. Those who did not vote were the employees of the Aguilar de Campoo plant, also in Palencia, because they were the only ones who validated - a month ago - the previous proposal and the current one involves some improvements. For this reason, what they did was agree to give the joint approval to the proposed industrial plan.

It is a "message of hope", indicated the president of its Works Council, Alfredo Alonso, about the new conditions agreed with the company and the investment group. "It allows us to face the future with optimism," she assured before the minister arrived at what was the last destination in the round she made to explain a pre-agreement to Siro employees, which she herself praised late in the afternoon via Twitter that has been assumed by the workers.

For their part, the UGT and CCOO unions also celebrated the support, but not without criticism. Specifically, the secretary general of the Workers' Commissions, Vicente Andrés, disfigured the role of the Board in managing the business crisis and considered that the extreme right "has once again made a fool of itself" because it has put employment interests ahead of "his obsessive strategy" to end trade unionism.

The general secretary of the PSCL, Luis Tudanca, once again highlighted the role of the Minister of Industry, Commerce and Tourism, Reyes Maroto from Valladolid, in resolving the Siro crisis and affirmed that her work has been essential.

On his Twitter account, Tudanca assured that “it has been exciting to see her in each assembly, with the workers, standing up and fighting alongside them for their future. This is good politics. And it's something to be proud of."

1 Spain's 1st heat wave due to hot air 2 UN-brokered talks about Libyan elections resume in... 3 In Venice's Ghetto, restored Renaissance synagogues... 4 WTO chief says ministers are working hard to achieve... 5 Two security guards reduce a man while sexually assaulting... 6 Ferrari disaster, Red Bull blow 7 France holds parliamentary elections in crucial test... 8 A historical abstention higher than 50% can complicate... 9 The champion Great Prospector, the fastest in the... 10 Clamor in Talavera for the burial of the AVE: «We... 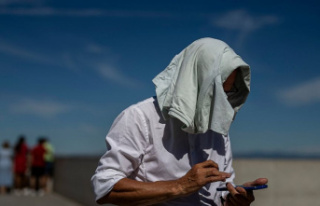