Officials of America's largest Protestant church, Southern Baptist Convention, published a 205-page document on Thursday, May 26 listing those who were accused of sexual violence.

Officials of America's largest Protestant church, Southern Baptist Convention, published a 205-page document on Thursday, May 26 listing those who were accused of sexual violence. This list was published a few days following an independent investigation that found that the Church had for many years practiced obstruction and divisive behavior vis-a-vis victims of sexual assaults.

The Southern Baptist Convention stated in a statement that the list was being made public for first time. It is an important, but initial step towards addressing the problem of sexual violence and reforming the Convention. communicated.

Although the document has been around since 2007, it was kept secret by an employee of the Church. According to the report, despite the existence of the list, officials did not do anything to ensure that the named individuals no longer held important positions.

This list contains hundreds of sexual assaults that often lead to convictions. Sometimes, the names and other details of suspects are not listed. Although the names of victims are not provided, their ages are often listed. Some sexual assaults on children under five years old are reported.

Sunday's report revealed that alleged victims of sexual abuse and those seeking to speak out in the Church for almost two decades have faced resistance, obstruction, and even hostility. From members of the executive board.

The Southern Baptist Convention stated Thursday that it hoped "churches will proactively use the list to protect, care for and care for those most vulnerable."

The scandal involved nearly 400 priests, educators, volunteers, and teachers over two decades and more than 700 victims. It was discovered in 2019 by the Houston Chronicle, and San Antonio Express-News investigations.

With a network that includes thousands of churches, the Southern Baptist Convention has more than fifteen million members, mainly in the south of the United States. 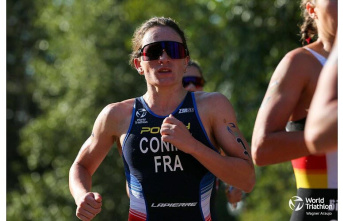