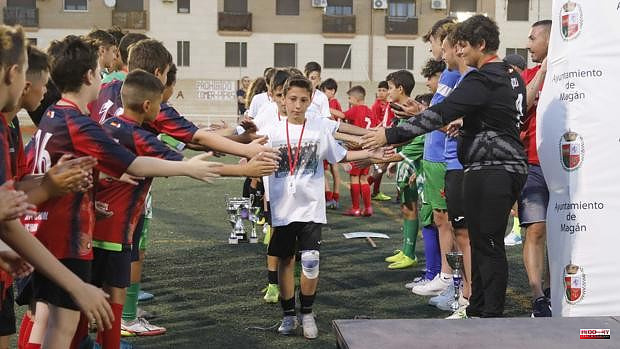 In children, the Racing Sur Technification School repeated its triumph, second was the EF Inca, third was the Villaseca City Council and four was the Magán City Council.

In addition, in the 'Fair Play League', the first classified was EF Yeles, followed by CD Ontigola and AD Seseña.

In total, the two championships have brought together more than 275 kids during seven months of sports competition, in which more than 800 goals have been scored. There have been 25 Saturdays of coexistence between football schools in Toledo and Madrid, from the beginning in the month of November 2021 until the closing.

The mayor of Magán, José Luis Martínez, pointed out at the closing ceremony: "In sporting events like today's, where the effort of our youngest athletes is rewarded and where families get together to enjoy sport, we are obliged to recognize the work well done, because this reaffirms us in the line marked by this municipal government where once again our town, Magán, is once again a reference in the organization of grassroots football promotion championships».

1 Katie Britt, U.S. Rep. Mo Brooks in Alabama Senate... 2 After Wall St's further decline, Asian stock... 3 Unemployment up very slightly in April, a first for... 4 Ukraine: Brussels wants to facilitate the confiscation... 5 Ukrainian cartoonists take over Charlie Hebdo 6 At what age is it legal to carry a gun in the United... 7 PS Plus Premium's Horizon Forbidden West Trial... 8 Tour of Italy: Girmay needs rest and will wait to... 9 The moratorium on loans to those affected by the La... 10 Surprised by Stacey Solomon's touching tribute... 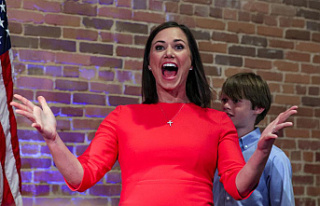