Luis Enrique: "The group has been good, it was enjoyable"

Luis Enrique took positive lessons from the draw against Portugal during Spain's debut at this edition of League of Nations. 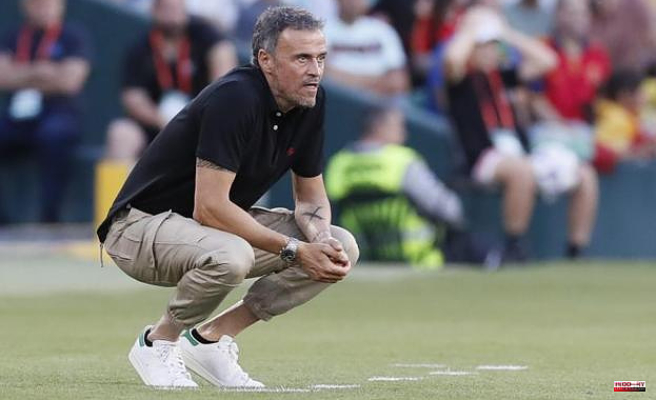 Luis Enrique took positive lessons from the draw against Portugal during Spain's debut at this edition of League of Nations. It is hard to endure this pressure for ninety minute but the team has been great, I enjoyed it. "We could have won, but we have also lost," said the Asturian coach, who was satisfied with the result against a tough opponent.

Morata is not a player with soaring stats, but he has everything we need. He is a great footballer," he said. The Asturian striker was once more the one who was chosen to lead La Roja's attack. "You must trust the coach. Ansu is coming along to help us in long-term, he still hasn't got the rhythm necessary to compete but he is working", he said later, in reference to the possibility to line up the young pearl Barca, still in full swing setup and which the coach analyses in the long-term, with his sights on the World Cup at Qatar.

Now, we need to rest and recuperate and then watch and analyze the game as soon as possible. Luis Enrique said, "In general, I am satisfied," with the view of half the glass.

"We played a good match, but we didn't finish it off, but there was a great team behind us with very talented players. To keep working and think about tomorrow's training, Morata analysed his part. He was the author of Villamarin's Spanish goal.

1 Record: 75% of bonus money is eaten by gasoline 2 The closing of the borders triggers the 'flip'... 3 Car sales will fall 60% compared to the year before... 4 Doctors over 65 stop the "bleeding" of the... 5 Experts worry about UNESCO guidelines changes as countries... 6 In tests, the world's fastest passenger jet achieves... 7 Which tennis player has won the most Roland Garros? 8 Pilar Lamadrid already points to the Mediterranean... 9 Anfitrion Festival brings flamenco ballet, theatre... 10 The IES Virgen del Carmen de Jaen joins the Order... 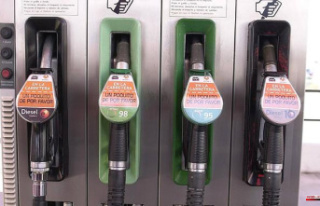 Record: 75% of bonus money is eaten by gasoline