López Obrador, on the victims of Uvalde: "There is no doubt that the majority are of Mexican origin"

Uvalde, the epicenter town of last Tuesday's terrifying elementary school massacre, is located in Texas and is located just an hour's drive from the Mexican border. 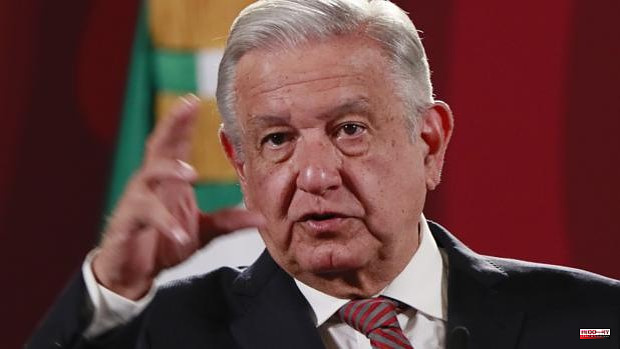 Uvalde, the epicenter town of last Tuesday's terrifying elementary school massacre, is located in Texas and is located just an hour's drive from the Mexican border. Its citizens are 78.38% of Latino origin, exceeding 80% if we take into account that 2.7% of the 15,000 inhabitants belong to two or more races.

The president of Mexico, Andrés Manuel López Obrador, has assured in his morning press conference that the "majority of the children who were murdered were children or grandchildren of Mexicans."

Salvador Ramos, also Hispanic, although born in the United States, was the author of the shooting that killed 19 children and two teachers.

At the entrance, the sign of the fateful 'Robb Elementary School', one of the four existing schools in the small town, welcomes you in English and Spanish because 90% of its students are also Latino.

The Mexican president was unable to determine the exact victims who would have been born in Mexico, however, he emphasized that there would be no doubt that the majority are of Mexican origin. With more than 40 million Mexicans residing in the northern superpower, especially in the American border states, and reviewing the surnames of the victims, the question is clear: López, three García (including one of the teachers), two Torres, Bravo, Flores, Mireles, Garza and two Rodríguez who were cousins.

In addition, the town of Uvalde is located just one hour and 17 minutes by car from the city of Piedras Negras, belonging to the Mexican state of Coahuila, in front of the Texas town of Eagle Pass, separated by the Rio Grande. López Obrador pointed out that “that entire region of Texas belonged to Mexico” pointing out the surnames of Spanish origin to continue the condolences: “It hurts us a lot. We sorry".

President López Obrador expressed his solidarity with the families of those murdered, to whom he sent "a hug" and with the United States for the difficult times. Without going into details, he wanted to end with a sentence: "Well, we suffer the same thing here," he concluded, avoiding organized crime.

It is not the first time that Mexicans have been among the victims of these massacres, as evidenced by the nine who were killed in the shooting that occurred in the border city of El Paso, in August 2019, by a young white supremacist who killed 23 people and he injured 23 others.

1 The PC of Mexico tries to silence the denunciations... 2 Dvicio: «We have grown tired of continuing to turn... 3 The manufacturer of the Spanish super glue launches... 4 Asaja Castilla-La Mancha asks for explanations on... 5 One deceased and one injured after colliding a van... 6 These are the twenty-five best teachers in the Valencian... 7 The terrible moment a police officer responding to... 8 Llorente maintains the act in the Diputación de León... 9 The politicians of Castilla y León say goodbye to... 10 The use of Basque has been stagnant for 30 years in... 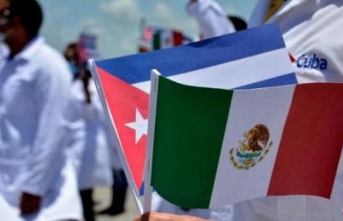 The PC of Mexico tries to silence the denunciations...