Lose weight without exercise?: Inject it, be thinner - the dangerous hype about the "miracle diet drug" Ozempic

A new diet trend has the United States firmly in its grip. 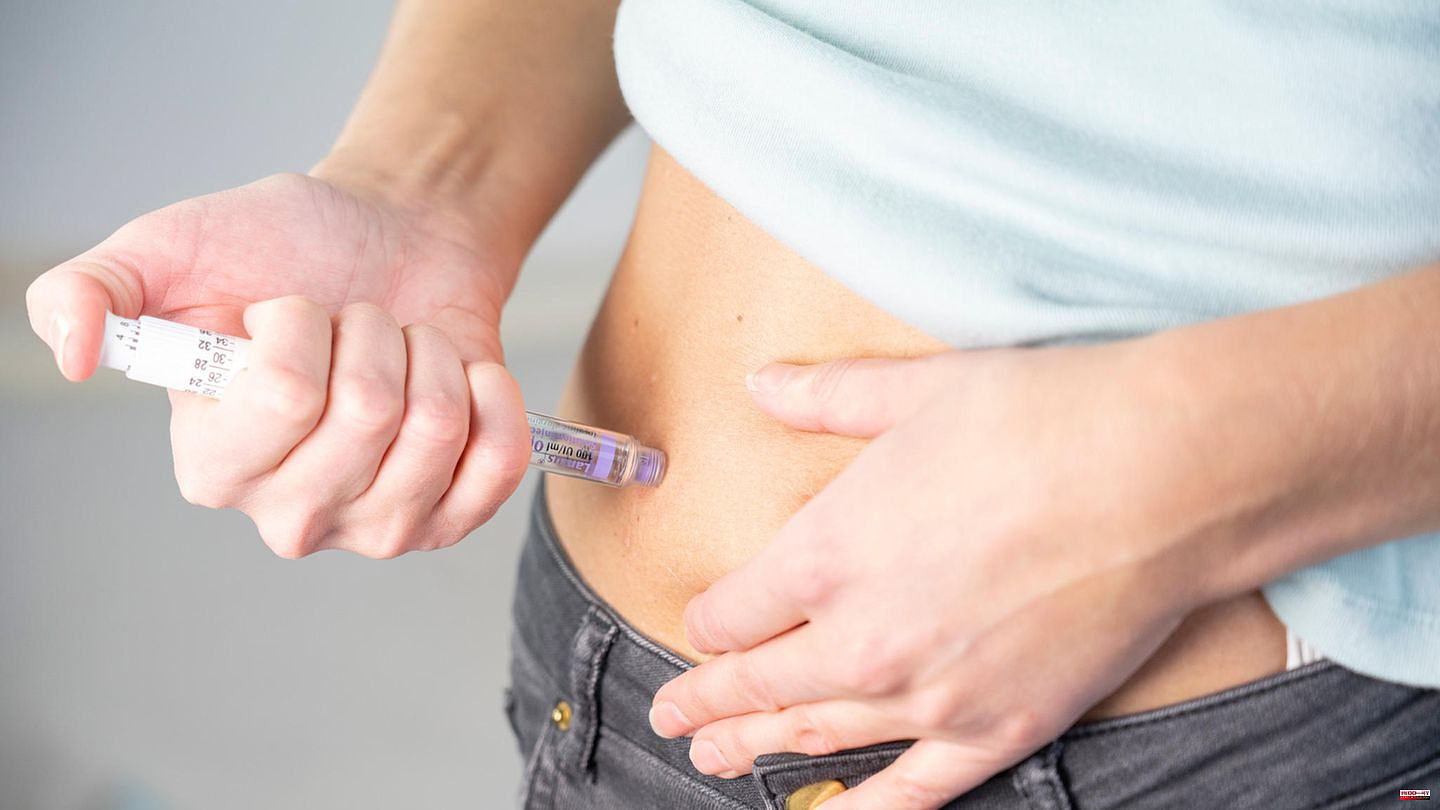 A new diet trend has the United States firmly in its grip. And it sounds almost too good to be true: no exercise, no particular focus on healthy eating, just a small injection and you'll lose weight. What's behind the hype surrounding the drug "Ozempic"?

Not only celebrities like Elon Musk praise Ozempic as a diet revolution. On Tiktok, thousands of users document their success after taking the drug. It comes in small syringes that are injected into the upper arm or lower abdomen once a week. The application provides information about the area for which the drug was originally developed. Ozempic is approved as a diabetes drug in the US and Europe. The ingredient semaglutide is decisive for the effect.

"Semaglutide can help lower blood sugar," explains Professor Harald Schneider in an interview with the star. Schneider is an internist, endocrinologist, diabetologist and member of the German Society for Endocrinology (DGE).

The advantage is that these drugs work in people who have high blood sugar levels, but usually do not lead to a dangerous hypoglycemia as with some other preparations, according to the doctor.

But the fact that Ozempic is now being used as a diet is mainly due to the side effects. In contrast to other diabetes drugs, the ingredient not only affects the blood sugar level, as Schneider explains: "Semaglutide acts on the pancreas, where the hormones insulin and glucone are released. But also in the stomach by delaying gastric emptying . This can make us feel full longer. And also in the brain by reducing hunger pangs and increasing satiety."

When these side effects were noticed, the manufacturer carried out a study with people who were affected by obesity, i.e. severely overweight, but who did not suffer from diabetes. The subjects lost an average of 15 percent of their body weight. The hype surrounding the drug was born. The pharmaceutical manufacturer therefore brought out another drug specifically for the treatment of obesity: Wegovy.

According to Schneider, many see Ozempic and the higher-dose Wegovy as a breakthrough in the treatment of obesity. "I also see this development as positive for the time being. I have many patients for whom I think it would be good if there was effective drug treatment."

But for many people, their health is not the primary concern when they inject themselves with Ozempic. Apparently people of normal weight often use it to lose weight. And that is exactly what makes the trend dangerous – on several levels.

"In people of normal weight, it can be dangerous to take it. You don't know whether the medication might have a stronger effect and whether there might be more serious side effects. In a 50-kilo woman who injects it, we have a different concentration of the drug in her the cells than a 150-kilo man," explains Schneider.

Basically, the problem is that these drugs were not designed for people of normal weight and were therefore not tested, according to Schneider. As the British "Guardian" reports, some of the people who have taken Ozempic as a "lifestyle drug" are actually suffering from severe side effects. A 53-year-old woman who took Ozempic to lose weight, although not overweight, reported severe side effects after injecting the drug. She suffers from constant fatigue, dizziness and an increased heart rate.

Schneider also describes something similar: "The side effects range from nausea to specific abdominal pain, a feeling of fullness to vomiting. These are complaints that are not uncommon, but often have a certain habituation effect. This means that they mainly occur at the beginning of the therapy and the body get used to it, so that many people hardly have any complaints in the long run."

In addition, there are even more dangerous side effects that could theoretically occur, according to the doctor. Among other things, chronic pancreatitis and the development of gallstones. There is also a rare form of thyroid cancer that has not yet occurred in humans, but in animals during the development phase of the drug.

Many experts also see the effect of the drug in the brain as a great danger. Sufferers report that their bodies physically rebelled against food after being injected with Ozempic. They found food in general repulsive, and the mere thought of it made some feel nauseous, cramp and unwell. Those affected report this in online forums. Her relationship to food has changed fundamentally. Some even wrote "I hate food".

A syringe that supposedly fills you up, makes food disgusting and at the same time regulates blood sugar levels: The "Guardian" already speaks of an "eating disorder in a syringe".

Schneider wouldn't subscribe to that phrase, as he says, "It depends on who is using this drug. An obesity patient who has really tried everything and gotten nowhere with conservative measures would really benefit. In people who already If you have an eating disorder, it becomes dangerous. For example, in people with anorexia or bulimia. Such a drug could exacerbate this disorder."

But despite all the risks: losing weight with Ozempic is a big hype, especially in the USA - even if those who take it as a "lifestyle drug" have to dig deep into their pockets for it. A monthly ration costs between 900 and 1300 dollars – i.e. four syringes. And the hype causes another problem: the free sale in the USA leads to supply bottlenecks for diabetics and obesity patients, i.e. those who really need the drug.

In the spring, the maker of Ozempic and Wegovy, Danish pharmaceutical giant Novo Nordisk, reported that it was struggling to keep up with the surge in demand. Doctors in the US and Australia have been urged to give Ozempic priority to diabetic patients rather than to people who want to use it "off-label" to lose weight.

Schneider also sees himself indirectly affected by the supply bottlenecks: "We are already seeing supply bottlenecks at Wegovy. The drug has been approved in Europe since the beginning of the year. But it has triggered such a run in the USA that the manufacturer has started supplying the US market "I can't keep up at all, so I don't sell it in other parts of the world. A lot of my obese patients would benefit from it, but I can't prescribe it to them because it's not available."

The endocrinologist sees Ozempic or Wegovy as unsuitable as a “lifestyle drug” and to achieve rapid weight loss anyway: “It’s not like you lose a lot very quickly. Rather, a process is set in motion that lasts longer Most of the time, the maximum effect is reached after a year or even longer."

In addition, such a drug is no guarantee of long-term success: "This is a drug that lasts as long as you take it. Similar to blood pressure medication," says Schneider. If you stop taking it, you risk a yo-yo effect, as with other strict diets. "The feeling of hunger comes back, all these changed regulatory mechanisms are terminated again, the body will react against it again and the weight will increase again. That means that it would usually be a long-term drug."

In general, such a remedy does not replace a long-term weight loss program. "It would be absolutely wrong to administer such a drug without any change in lifestyle. The studies that the manufacturer carried out were always embedded in an overall concept that included medical and nutritional support and exercise. This is the only way this drug should be given become," explains Schneider.

This will probably also be the case in Germany. Unlike in the US, Ozempic and Wegovy are only approved as prescription drugs in Europe. So there will be no free market in this country. 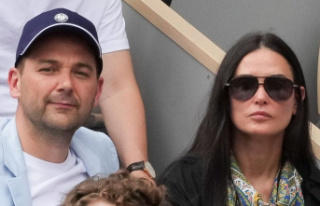