A work, a poster, a paper written in pencil. 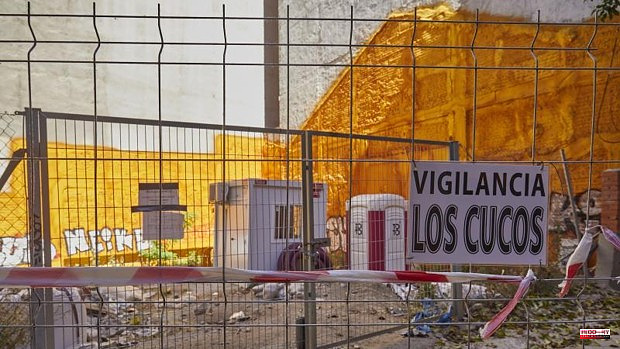 A work, a poster, a paper written in pencil. The three pieces fit together quickly: 'Vigilancia Los Cucos'. And on the page, a name: Joaquín Los Cucos, accompanied by a mobile number.

-Good afternoon, Joaquín, are you dedicated to construction site safety?

-I haven't done that for a long time, now I only dedicate myself to scrap metal.

But the small sign, in sight of everyone on Gaztambide street, does not deceive. "Whoever has put the poster there will be a son p...", maintains the indicated. The conversation ends quickly, who knows if due to the suspicions aroused. The extortion of builders to monitor works has become, over the years, an endemic evil that affects almost the entire sector

. Veiled threats at the foot of the fence, whose objective is to control security and ensure that material theft will not take place. The problem, however, appears when it is the contractors themselves and their acolytes who are behind these thefts in case the agreement does not come to fruition. Here are the ins and outs of a business with too many factors at play.

The first, according to sources from the Armed Institute, is control by territory. The families, Spanish and Romanian of gypsy ethnicity, dedicated to this activity are distributed by areas to maintain the balance of the business. To do this, the neighborhoods and municipalities of each one agree and undertake not to go further under a serious warning: if any clan fails to comply with the tacit agreement, the rest of those affected will form an alliance so that it pays the consequences. This newspaper has been able to verify how the Barbas move through the area of ​​Arturo Soria, Piovera and surroundings; los Cucos, through Moncloa, Argüelles and some neighborhoods of Chamberí; and the Sheriffs have been seen in the Corredor del Henares, with a greater presence in Torrejón de Ardoz. Although the range of surnames and nicknames does not end there.

Despite the intimidating nature, the sources consulted emphasize that this type of group is not usually violent, beyond the verbal. The 'modus operandi' always starts with the search tasks, that is, combing the streets and enclosed plots in search of works that have just started: "When they start cleaning the ground or clearing debris, they already stop by and talk to the builder or the promoter offering a static watch, usually between 8 p.m. and 8 a.m. the next day. A schedule that they do not always carry out, aware that no one will storm the premises by warning with graffiti or on posters the name of the family established there.

Another issue is the amounts of money these 'employees' receive, much lower than those paid to any private security company. Payments are either made in the black or through small contracts through front companies, which the extortionists themselves create in order to launder the profits. «In the end it is a vicious circle, where what the builders want to avoid at all costs is being robbed and having to stop the works. And if on top of that they save some money...”, warns an agent from the Armed Institute, who is clear that without a complaint it is very difficult to prosecute this practice.

Although the controversy extends throughout the region, the most critical points are located in the outskirts, newly built developments with a multitude of projected buildings. This is how a former crane driver points out, with the necessary contacts and experience to know that nothing has changed for some time now. "During the construction of the Puerta del Hierro hospital they came and threatened the security guard so that he would not go to work the next day," he recalls, convinced that larger projects have an easier time escaping possible blackmail. "Because some of the most advanced joint ventures were involved, they did not succeed," he adds. The victory, however, was not shared in other places where he worked.

"We spent some time making some luxury villas on the M-503 highway, the one that passes between Boadilla and Majadahonda, which in theory were going to be for Atleti players," he recalls, before pointing out that in that project they did achieve their goal. It also reveals that no builder is safe until the work is finished: «In fact, the most delicate moment is when there is little left to finish because the material left there has more value, the concrete, the tiles to tile...». It so happens that in some buildings, tools and other valuables are stored in a box that hangs from the crane. “It is illegal, because you have to leave the crane without a fixed anchor so that the wind can move it, because if not, even if it is very difficult, it could tip over,” he justifies.

Regarding the impersonation of surveillance posts, from the Black Marea Association for Private Security they focus on the intrusion suffered and the lack of professionalism of those hired. “We have to have an official degree, pass the psychotechnical exams and tests before the National Police or take a 180-hour course and also pass exams before the same Corps,” explains its spokesman, Rubén Gallego. Requirements, all, that the clandestine eyes of the works do not have. Nor does Joaquín, from Los Cucos, who before hanging up asks:

-And what are you, a promoter of San Blas? Nothing, I can't help you.

1 The great gun 'lobby' holds its annual meeting... 2 Sunflower planting increases by 50% in Castilla y... 3 The Board asks for "forgiveness" where Gallardo... 4 Those of legal age will be banned from the ‘light’... 5 Five million in 'peonadas' to lower surgical... 6 23 accused of drug trafficking acquitted after the... 7 Gunman's final 90 minutes fuel questions about... 8 China's FM Visits Kiribati, Where Fishing Grounds... 9 Russia condemns West's sanctions and seeks to... 10 Three more funerals for Buffalo victims during week... 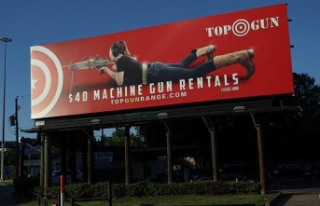