Looters discover an underground temple under a house in Turkey

A team of Turkish archaeologists has discovered an entire Iron Age underground complex with samples of rare ancient art under a house in the village of Başbük (southeastern Turkey). 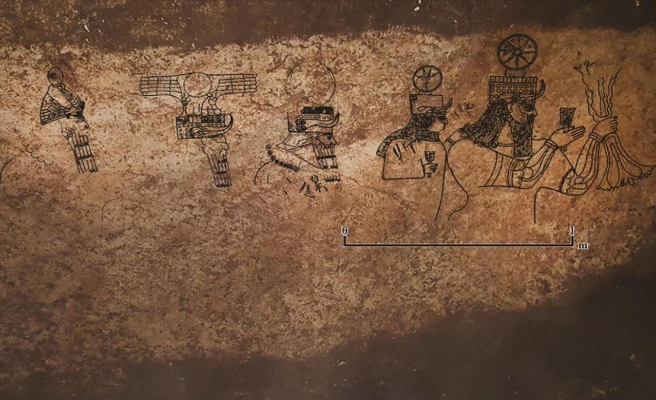 A team of Turkish archaeologists has discovered an entire Iron Age underground complex with samples of rare ancient art under a house in the village of Başbük (southeastern Turkey). The site was originally found by looters. Still, researchers have managed to carry out a salvage excavation and discovered that the remains are from the time of the Neo-Assyrian Empire, from the first millennium BC.

The artistic work, which is unfinished, represents a procession of Syrian-Anatolian deities with Aramaic names and in Assyrian style, showing the integration between the different cultures of the Empire. The complex is carved out of bedrock and extends for at least 30 meters below a two-story house.

The site first attracted the attention of tomb raiders, who were eventually arrested by the Turkish authorities. That was when the specialists were able to carry out an excavation of the underground complex followed by a study of its rock panel, as explained in an article published in the journal Antiquity.

The Neo-Assyrian Empire originated in Mesopotamia and became the largest ever seen at the time. It spread to Anatolia between 900 and 600 BC, when this work of art was probably created. “When the Assyrian Empire exercised political power in southeastern Anatolia, the rulers expressed their authority through art in the Assyrian courtly style,” explains Dr. Selim Ferruh Adalı.

The inscriptions that accompany the representation, however, do not speak of conquest, but instead tell a story of integration. The texts are written in the local Aramaic language, rather than Assyrian, and the artwork features religious themes from Anatolia and Syria.

In fact, the inscriptions indicate that the figures are local deities, despite being Assyrian in style. This allowed the researchers to identify four of them, including the storm god Hadad, the moon god Sîn, and the oldest representation in this region of Syria's chief goddess, Atargatis.

“The inclusion of Syrian-Anatolian religious themes shows an adaptation of Neo-Assyrian elements in ways that we did not expect from previous finds,” says Selim Ferruh Adalı. "They reflect an earlier phase of the Assyrian presence in the region, when local elements were more emphasized," he adds.

According to Assyrian and Aramaic mythology, Hadad is a god of thunder and rain who makes plants grow or destroys them. He is equated with the Egyptian god Set, the Greek Zeus or the Roman Jupiter. Sîn (also known as Sinai, Nanna, Nannar, Suen, or Zuen) was often referred to as En-zu, meaning 'lord of wisdom'. Atargatis, for her part, was the Syrian goddess of vegetation and fertility, protector of life and the prosperity of agricultural communities.

The archaeologists were also able to identify an inscription that could refer to the name 'Mukīn-abūa'. This person was a Neo-Assyrian official during the reign of Adad-nirari III (811–783 BC). He may have been given control of the region and investigators speculate that he may have been using the complex to blend in and win over the locals.

The unfinished nature of the structure, however, suggests that it was unsuccessful. Something that impacted the activities of the site builders, perhaps a riot, may have led to its abandonment. The researchers hope that future work can shed light on the culture and politics of the ancient empire.

"Since it was a salvage excavation, we were not able to fully survey the site," says Dr. Adalı. "Future excavations will eventually be carried out at Başbük and will uncover more details about this mysterious underground complex," he concludes.

1 Oques Grasses, Rigoberta Bandini, Nil Moliner and... 2 Dalí's Christ of Glasgow, in autumn 2023 3 Esmuc recovers the opera ‘Il filosofo di campagna’... 4 “I needed to give Loquillo a twist” 5 The European tour of Brian Fallon and The Howling... 6 The cloister that was moved stone by stone twice 7 Dalí's lost interview 8 Consumption sanctions 19 online gaming and betting... 9 An NFT that reinterprets Casa Batlló sells for 1.38... 10 Etisalat buys 9.8% of Vodafone for 4.4 billion dollars 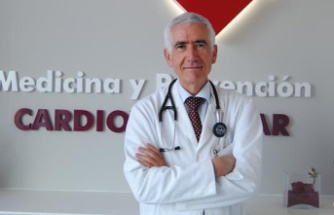 Seven out of ten Spaniards have not had a cholesterol check 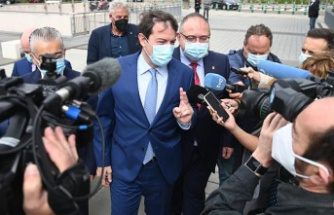 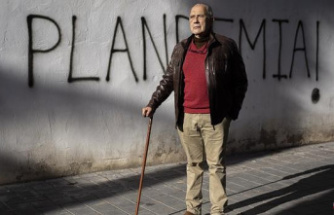 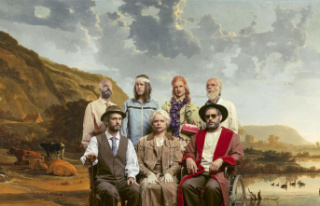