The United Kingdom on Friday targeted relatives of Russian President Vladimir Putin accused by London of financing his "luxurious" lifestyle, in a new wave of sanctions in retaliation for the invasion of Ukraine. 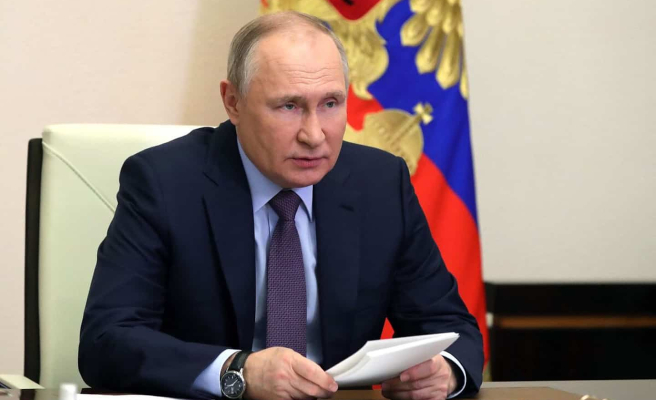 The United Kingdom on Friday targeted relatives of Russian President Vladimir Putin accused by London of financing his "luxurious" lifestyle, in a new wave of sanctions in retaliation for the invasion of Ukraine.

Among the 12 people, relatives and financiers, targeted by these sanctions, are his ex-wife Lyudmila Ocheretnaya and Alina Kabaeva, a former Olympic gymnast who "according to rumors is Putin's current partner", according to a press release.

The media have attributed to the Russian president a relationship with Alina Kabaeva for years, which Vladimir Putin denied in 2008.

"We are exposing and targeting the occult network that supports Putin's luxurious lifestyle and tightening the noose on his inner circle," British Foreign Secretary Liz Truss said in the statement.

“We will continue to apply sanctions on all those who aid and abet Putin's aggression until Ukraine prevails,” she added.

During a meeting with her G7 counterparts in Germany, Liz Truss pleaded on Friday for more weapons to be delivered to Ukraine and called for new sanctions.

According to British diplomacy, Vladimir Putin officially has only a reduced heritage, including in particular an apartment in Saint Petersburg, two cars from the Soviet era of the 1950s, a trailer and a small garage.

"In reality, Putin relies on his network, family, childhood friends, and a chosen elite who have benefited from his power and in return support his lifestyle," said the British Foreign Office in a statement, referring to the Vladimir Putin's links to a yacht worth £566 million (664 million euros) and the "Putin's Palace", estimated at a billion dollars and officially the property of one of his relatives, Arkady Rotenberg, sanctioned in December 2020.

"These are people who voluntarily lurk in the shadows to help Putin hide his wealth," a British official told reporters, speaking on condition of anonymity.

Alina Kabaeva president of the National Media Group (NMG). Previously sanctioned Rossiya Bank owns a third of that group and is "clearly a conduit" for Putin's money, the official said.

Igor Putin and Roman Putin, two cousins ​​of the Russian leader, are also among those targeted by British sanctions, as well as Alexander Plekhov, a "close friend" who controls the Vital Development Corp.

"We have identified tens of billions of assets" linked to Putin's relatives, the British official said.

Since the beginning of the Russian invasion in Ukraine in February, London claims to have sanctioned more than a thousand people and 100 entities, including oligarchs representing more than 117 billion pounds sterling (137 billion euros).

The UK has now targeted "almost all individuals and entities who have been assessed as being closest to it, but of course we will continue", the official said.

1 COVID-19: Quebec reports 30 new deaths and a marked... 2 Lightning-Maple Leafs series: Matthews calls for courage 3 Juliette Binoche, protagonist of the 70th edition... 4 The Virgen del Carmen de Toledo school launches the... 5 Francoist and Nazi medals of a German woman who died... 6 The organizer of 'The Bus of Love' in Carranque... 7 Koen Bouwman makes combo: stage and mountain 8 Shireen Abu Akleh, "the voice of Palestine",... 9 Excess mortality in Canada: COVID-19 is not the only... 10 Other Quebec acquisitions for the Alliance 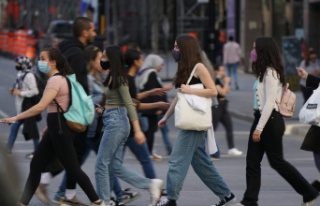