Lloret: "Before running as a candidate, I asked the Lozanos for permission"

Nacho Lloret says so, and it's true: "Toledo is in fashion. 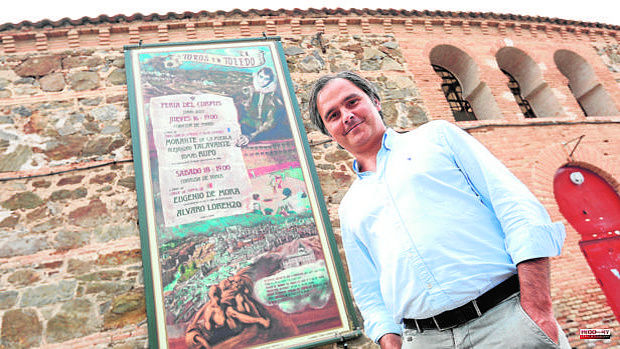 Nacho Lloret says so, and it's true: "Toledo is in fashion." He talks about bulls, naturally. From the recent San Isidro fair in Madrid, the most important in the world, where the province's bullfighters have been protagonists. Tomás Rufo, from Pepino, opened the big door in his alternative confirmation and was about to go out again on his shoulders on his second afternoon. Ángel Téllez, from Mora, arrived among the crowd, he performed the best bullfighting with his left hand that has been seen in Las Ventas, he won a new contract and yes, in a poster with more guarantees, he established himself as the winner. Álvaro Alarcón, from Torrijos, small in stature, giant by achieving three ears, which no bullfighter in the last 15 years.

Álvaro Lorenzo, from Toledo capital, who touched hair in his two bullfights and took a tip goring. Or Gómez del Pilar, from Cedillo del Condado, brave like few others, who with an ear in his esportón went to portagayola and fell seriously injured, piercing his buttock up to 20 centimeters. And if we are talking about cattle ranches, there is Alcurrucén, whose fourth bull, red, collaborated so that Morante de la Puebla signed one of the most resounding slaughters in his history in Madrid. Or the hat of the Count of Mayalde, who came out in fifth place, in the rain, with which Paco Ureña felt that his trap did not go down the drain.

Now a long-awaited Corpus lands after two years of pandemic. Nacho Lloret, a young businessman, has taken over the controls of the square at the request of the community of owners and taking over from the Lozano family. «The opportunity arose and it is a place with a history and category that seduces you. Corpus Christi is one of the emblematic dates of the season, a challenge. Before running as a candidate, I almost asked the Lozanos for permission because I am not the one to dispute this position with them. Knowing that they didn't want to continue, I asked them if it didn't bother them and they told me the other way around, that they thought it was fantastic. I think they have done a great recovery job over the years », he comments.

The big news will be that Toledo will have two bullfights in its big week for the first time since 2013. The first will be this Thursday, June 16, with Morante de la Puebla, Alejandro Talavante and Tomás Rufo against bulls from Hermanos García Jiménez and Olga Jiménez. And the second, on Saturday 18, a heads up between Eugenio de Mora, who celebrates his 25 years of alternative, taken precisely in the Mendigorría arena, and Álvaro Lorenzo with the bulls of the Count of Mayalde. Single ticket prices range from 20 to 115 euros, although there is a subscription for the two festivities that is between 40.50 and 175.50 euros.

«Giving only a bullfight seemed poor to me. Toledo's moment is special and it's about taking advantage of it. In the coming years, there are wickers to consolidate, not a long fair, but a fair with two runs that are of interest”, Lloret considers. Likewise, the businessman from Mare Nostrum Arena reveals that in the agreement with the community of owners a specific duration has not been set. "It's a new journey and I know that if things go well, we can have a long way to go," he believes.

After all, making the posters is very easy. "Having seen San Isidro, we would have loved to have had Ángel Téllez or set up a bullfight with Álvaro Alarcón," he acknowledges. Asked if there have been last-minute negotiations to put the Mora bullfighter in one of the two bullfights, the businessman says: «Let's see, he has tried. I can't tell you more."

Apart from the Corpus fair, Mare Nostrum Arena has also promoted the 'I Domingo Ortega Trophy' for bullfighters without picks. Students from the Bullfighting School of Toledo will compete in the contest with others from Albacete, Alicante, Colmenar Viejo and Valencia. Four practical classes will be held in squares in the province (Madridejos, Consuegra, Nombela and Garciotún) and a final bullfight in Toledo on August 18, at night and broadcast on television. 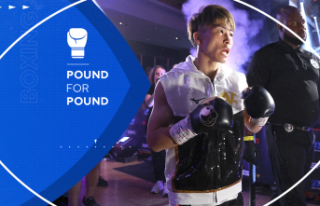