Liverpool wins the FA Cup, which leaves Salah's injury as a hangover

Liverpool, Real Madrid's rival in the Champions League final, was proclaimed champion of the FA Cup this Saturday by beating Chelsea in the final, resolved in an exciting penalty shootout (5-6) after the match ended no goals. 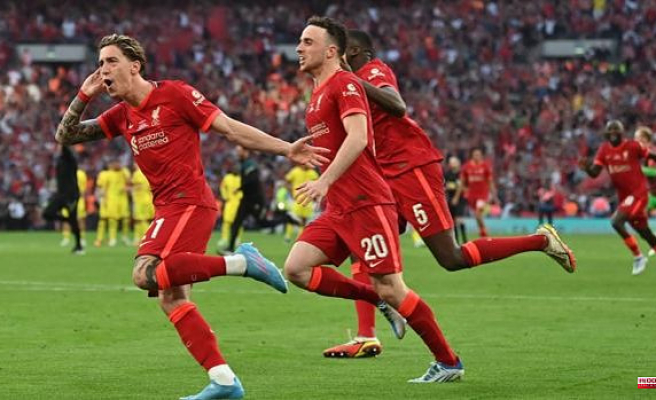 Liverpool, Real Madrid's rival in the Champions League final, was proclaimed champion of the FA Cup this Saturday by beating Chelsea in the final, resolved in an exciting penalty shootout (5-6) after the match ended no goals. For the first time since his arrival at Anfield, Jurgen Klopp opens the showcases to deposit the only trophy that eluded him in England. The German coach, who has already lifted the Carabao Cup this year, gives the red team the eighth title in this competition and is looking for poker because his team is also still alive in the Premier.

The demanding end of the season, in which he is also immersed in the fight for the Premier League and has the Champions League final on the horizon, takes its toll on Jurgen Klopp's team, who this Saturday had to remove Jurgen Klopp from the pitch Salah after suffering physical discomfort in the first part.

When the final was running through its first half hour of play, the Egyptian lay down on the grass in pain. Liverpool's medical services jumped onto the field of play to help their footballer who, shaken, did not stop shaking his head in denial. Finally he had to leave the field after receiving a heartfelt hug from his coach, Jurgen Klopp, who sees one of the key pieces of his team in danger for the Premier League final and for the Champions League final against Real Madrid.

Liverpool, Madrid's rival in Paris next Saturday, May 28, came out much more plugged into the FA Cup final than Chelsea, dedicated to bailing out water in the first few minutes. The Londoners, however, balanced their forces as the minutes went by and had their chances to open the break before the break. The clearest one was Marcos Alonso, who was not successful in a one-on-one against Alisson, whom he ended up hitting in the leg after his shot. Another scare for Klopp because the goalkeeper had to be attended by the assistance. The goalkeeper recovered, but moments later Liverpool lost Salah, who left the pitch desolate.

After the break, Marcos Alonso also took center stage by crashing a stick shot into the stick. In an open final, Liverpool pressed in the last minutes trying to avoid extra time. He was close to the goal because Luis Díaz, very active throughout the game, hit the post in the 83rd minute. Chelsea saved themselves again just a minute later when another Robertson shot hit the post. With fear in their bodies, the Londoners managed to take the final to extra time.

Liverpool took the initiative, but the physical effort took its toll and their players did not create clear chances. Neither did Chelsea and the final had to be decided on penalties. Mendy, by stopping a fifth pitch to Mané, prolonged the agony at Wembley, but could not prevent Chelse from losing the final on the seventh pitch. Alisson saved Mason Mount's shot and Tsimikas hit his own, giving Liverpool the title.

Klopp, who until this year had not been able to get past the round of 16 in the FA Cup, lifts his first title, the eighth for Liverpool throughout its history.

1 Pedro Sánchez: Europe's enemies "are not... 2 The vulnerable of war 3 Alfonso Rueda is sworn in as president of the Xunta 4 Turkey opposes the entry of Sweden and Finland into... 5 NATO: from languishing to growing after the outbreak... 6 NATO: Finland informs Putin of its membership project,... 7 Lisa Cook, the first African-American woman on the... 8 Alfonso Rueda is appointed president of the Xunta 9 The Government raffles the vetoes to the National... 10 Finland supports entry "without delay" into... 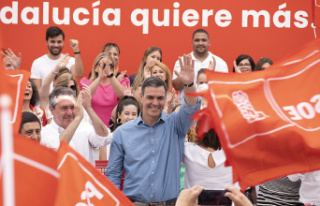 Pedro Sánchez: Europe's enemies "are not...