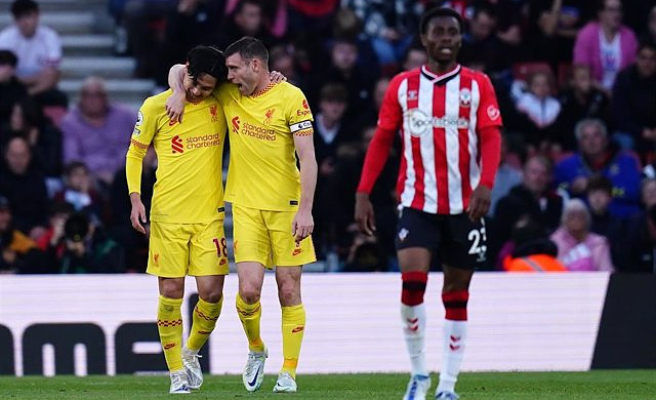 Liverpool defeated Southampton on Tuesday (1-2) in a match on matchday 37 of the Premier League thanks to goals from Minamino and Matip, which served to overcome the initial impudence of the locals, who were much better than the ' reds'.

Jurgen Klopp's team, Real Madrid's rival in the 'Champions' final, continues to fight for a Premier that will be decided on the last day, next Sunday at 5:00 p.m. Manchester City will start with an advantage thanks to the point advantage they maintain.

Pep Guardiola's men could have been champions this Tuesday if Liverpool hadn't won and had to put on overalls to emerge victorious from St. Mary's Stadium. And all because Redmond put the company uphill with a right hand from the edge of the area that surprised Alisson Becker.

The shot hit Milner and the trajectory became unstoppable for the Brazilian goalkeeper. Just five minutes later, at 18', the equalizer came with a shot from Firmino but the referee annulled it for offside. After half an hour, now without controversy, it was 1-1.

On this occasion it was Minamino who shot inside the area after a first-class pass from Diogo Jota. The goal released the mane of a Liverpool that wanted to extend the league tension until the last breath and it will be so. The only bad news for Klopp's men was Joe Gómez's injury just before half-time.

In the second half, Liverpool sealed the comeback with a rare header from Matip, who scored the final 1-2 without even needing to jump. His header touched Walker-Peters and the rest was history because the match ended without further shock. In this way, Liverpool stands with 89 points, one behind City in the absence of a final round.

1 CF Montreal's new logo soon to be unveiled 2 Ligue 2 play-offs: cruel disappointment for Paris... 3 One million more soldiers for the Alliance 4 The latest creation of a wizard of unique wines: Atalaque... 5 13-year-old missing in Gatineau 6 Betclic Elite: Paris dominates Boulogne-Levallois... 7 Maxime eliminated from Koh Lanta: "Giving up... 8 Louana eliminated from Koh Lanta: "Some did not... 9 Koh Lanta: who are the two eliminated? Episode 12... 10 Ceferin: "Real Madrid's presence in the... 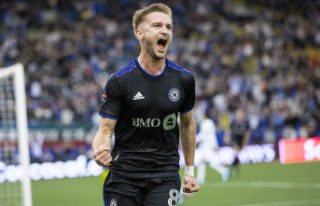