The war continues in Ukraine for an 83rd day as Russia says some 265 Ukrainian fighters entrenched in the Azovstal steelworks have surrendered to pro-Russian forces and taken prisoner. 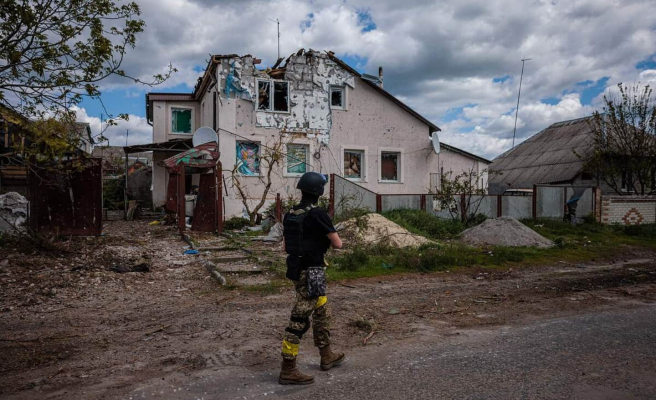 The war continues in Ukraine for an 83rd day as Russia says some 265 Ukrainian fighters entrenched in the Azovstal steelworks have surrendered to pro-Russian forces and taken prisoner.

6:04 am | In eastern Ukraine, New York under fire from Russian fire

At four years old, the little boy already knows how to recognize the whistle of Russian missiles falling on New York.

"Here's one," said the boy calmly, a few seconds before the explosion of a building, not far from there, sounded.

His mother, exhausted, does not even bother to bend down. After nearly three months of war between Ukraine and Russia, Valéria Kolakévytch has heard so many artillery shots that she instinctively knows which ones will land nearby and which ones will strike a little further away.

5:16 am | Russian soldiers killed in Ukraine: young, poor and from ethnic minorities

Their number is a carefully guarded secret and largely understated by Moscow. Among the thousands of Russian soldiers who have died in Ukraine, many are very young, from the poorest regions of their country, and often from its ethnic minorities, experts say.

The body of a Czech man has been found in Ukraine, the Czech Foreign Ministry announced on Tuesday and media have identified him as a volunteer who was shot dead.

0h45 | The difficult resumption of daily life in Kharkiv

Three women plant flowers for a composition on a roundabout in central Kharkiv. A few kilometers away, at the northern exit of the city, men are filling sandbags to set up a dam.

This double-image illustrates the life of Kharkiv, which tries to resume a normal daily life. The regional capital was one of the Ukrainian cities most affected by the war, suffering a several-day assault and fighting in its suburbs in late February and early March, then coming under regular shelling.

The noose around the city has loosened for a few days, but the war continues. Significant damage was inflicted on all infrastructure, and many residents have yet to return.

The Russian army continues to be driven out of the territories it occupied north of Kharkiv. Important battles are taking place further south, in the Donbass.

1 Dr. Manuel Doblas receives the highest world distinction... 2 Samsung Galaxy S22: its price cut before the sales 3 “In two weeks, there will be nothing left”: in... 4 Ezentis will set the number of board members at its... 5 Russia assures that the Ukrainian military evacuated... 6 Libya: rival government leaves Tripoli hours after... 7 Urkullu resumes his international agenda and will... 8 Elisabeth Borne, surrenders in Ukraine, unemployment... 9 Chanel, third in Eurovision, 5,181 in the INE 10 Catalonia raises a tax per cigarette to encourage... 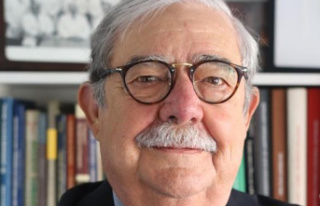