The first German import terminal for liquefied natural gas (LNG) will be opened in Wilhelmshaven on Saturday in the presence of Federal Chancellor Olaf Scholz (SPD). 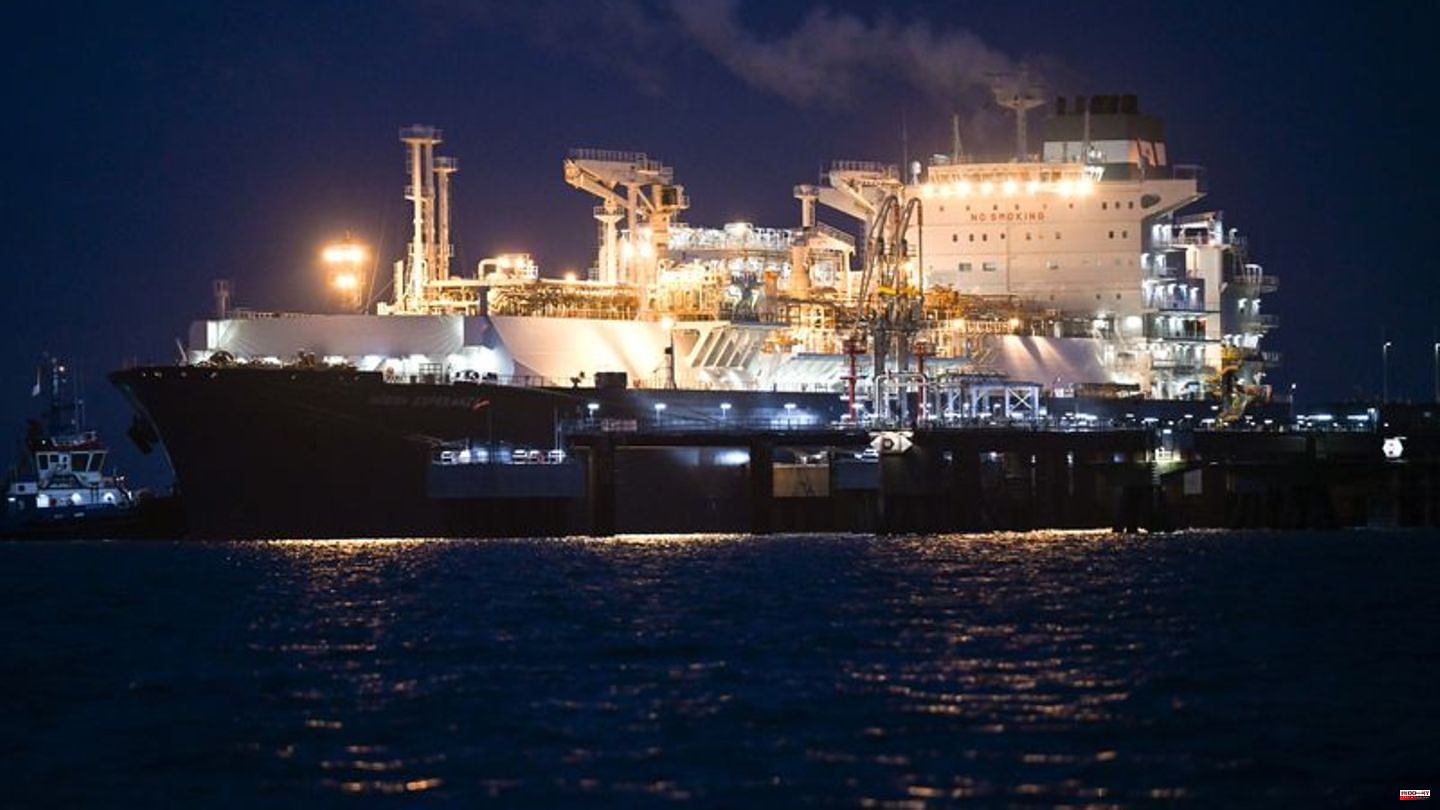 The first German import terminal for liquefied natural gas (LNG) will be opened in Wilhelmshaven on Saturday in the presence of Federal Chancellor Olaf Scholz (SPD). Economics Minister Robert Habeck (Greens), Finance Minister Christian Lindner (FDP) and Lower Saxony's Prime Minister Stephan Weil (SPD) will also attend the ceremony (11 a.m.). The floating terminal off the North Sea coast of Lower Saxony is intended to help close the gap in Germany's gas supply caused by the lack of deliveries from Russia.

Four more terminals are to be built by the end of next year: one each in Brunsbüttel (Schleswig-Holstein), Stade (Lower Saxony) and Lubmin (Mecklenburg-Western Pomerania) - and another one in Wilhelmshaven. According to the Economics Ministry, together they can absorb a third of the natural gas volume required to supply Germany. Scholz gave the go-ahead for the construction of the terminals in Wilhelmshaven and Brunsbüttel on February 27, three days after the start of the Russian war of aggression against Ukraine, in his "turning point" speech in the Bundestag, which is now regarded as historic.

In an interview with the "Süddeutsche Zeitung" (Saturday), Scholz said that he would press ahead with the construction of further LNG terminals next year and hoped for further supply contracts. "The federal government is in constant contact with the gas importers and is also promoting the conclusion of long-term contracts," he said.

According to the Chancellor, gas from Norway, the USA, the Gulf region and the Netherlands will also secure Germany's supply in the winter of 2023/24. "We can assume that, like this year, if nothing unforeseen happens," says Scholz. For the winter of 2022/23 he had already assured several times that there would probably be no shortage.

The plant in Wilhelmshaven is operated by the gas importer Uniper. Within just a few months, a new connection pipeline around 26 kilometers long and a new pier were built for the terminal. The technical heart of the system is the special ship "Höegh Esperanza", which was already loaded with LNG and moored at the pier on Thursday. In the future, it will convert the liquefied natural gas delivered by tankers into the gaseous state and feed it into the German gas network. That should happen for the first time next week.

The terminal caused a lot of criticism from environmental and climate protection groups. The German Environmental Aid wants to take further legal steps to limit the operation. A first lawsuit is already pending. "The climate crisis and the energy crisis must not be played off against each other," said DUH federal director Sascha Müller-Kraenner. He fears that the targeted reduction in emissions of climate-damaging gases will be jeopardized by excessive imports of liquefied natural gas.

The Federal Ministry of Economics points out that a capacity buffer is needed, for example in the event that a system fails. The German imports should also secure the energy supply of other countries such as Poland, Austria, the Czech Republic, Slovakia and the Ukraine.

Minister Habeck assured in the ARD "Tagesthemen" that everything will be built in such a way that the climate goals are achieved. Without these terminals, Germany could have slipped into a shortage. "We are acting under great pressure here to ensure security of supply in Germany," said Habeck. This also means that participation processes would be shortened and that "unusual paths" would be taken when expanding the infrastructure.

The activist Luisa Neubauer sharply criticizes the federal government for its climate policy. There is stagnation in the expansion of renewable energies, money for climate protection and energy saving, said Neubauer, who is one of the best-known representatives of the Fridays for Future climate protection movement in Germany, the German Press Agency. "A coalition that started out as a progressive coalition caused many people to feel resigned to the climate and disappointed this year. That can and must change, with policies that seriously protect against crises and ensure justice."

Technical information from the Höegh shipping company on the "Höegh Esperanza" Höegh notification on charter agreements from May 5th, 2022 Press release from the Federal Minister of Economics on planned FSRUs in Germany from September 1st, 2022 NLWKN notification on the water law approval from December 16th, 2022 Federal Environment Agency on LNG

1 Uganda: Hippo swallows two-year-old boy - and spits... 2 New Year's Eve: Head of the German Medical Association... 3 Alpine skiing: Weidle third in St. Moritz - Goggia... 4 TV show: Jungle Camp 2023: These stars are there 5 Duchess Meghan and Prince Harry: They have published... 6 Hollywood: Are women or men worse on set? Jennifer... 7 New interview: Princess Charlene of Monaco talks about... 8 Inclusion: Mother of a child with Down syndrome: "An... 9 War in Ukraine: Klitschko reports repairs to the water... 10 Royals: Despite the Netflix documentary: Harry and... 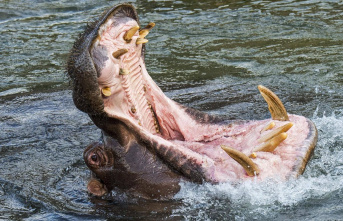