Line 10 of the Valencia Metro comes into operation: from the center to Nazareth in 16 minutes 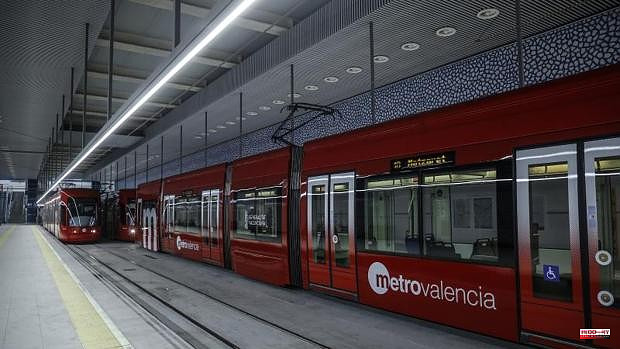 At 1:30 p.m. this Tuesday, the L10 service of the Valencia Metro started, the new line that connects the Alacant street station with Nazaret and which represents the first inauguration of a new road in the Valencian network since 2007.

A few hours earlier, authorities had taken part in the first journey of the new metro-tram, which runs through the stops of Alicante, Russafa, Amado Granell-Monteolivet, Quatre Carreres, Ciutat de Les Arts-Justícia, Oceanogràfic, Moreres and Nazaret.

Work on Line 10 of the Valencia Metro, originally T2, began in 2007, was halted in 2011 and resumed in 2019 to undertake the infrastructure and track superstructure works in the underground and new surface sections; architecture and equipment; signaling and communications; electrification and substations; and the construction of the warehouse and temporary workshop in Nazareth.

This line (Alicante-Nazareth) has a length of five kilometers, eight stations (three underground: Alicante, Russafa and Amado Granell-Montolivet; and five in surface: Four Races, City Arts and Sciences-Justice, Oceanogràfic, Moreres, and Nazareth ) and is located in the east of the city of Valencia.

It is estimated that the commissioning of Line 10 of Metrovalencia will reduce CO2 emissions by one thousand tons during the first year of operation, and by 2,000 tons per year when the expected demand of 4 million trips per year is reached.

It is worth noting the forecast to extend this line given that its first kilometers of route will be shared by the future Line 11, which will be diverted in the City of Arts and Sciences (Pont l'Assut de l'Or) to Grao, and Line 12, which will take an alternative route, after the Amado Granell-Montolivet station and before the Quatre Carreres stop, until it reaches the La Fe hospital.

The inauguration was attended by the President of the Generalitat, Ximo Puig; the mayor of Valencia, Joan Ribó; the Minister of Finance and Economic Model, Arcadi Spain, and the Minister of Territorial Policy, Public Works and Mobility, Rebeca Torró.

The president stressed that restoring the connection of the neighborhood of Nazareth with the rest of the city through the L10 means fulfilling a "pending duty", and stressed that this is a work that unites the city, since it connects the center with the City of Justice, the City of Arts and Sciences and Caixa Forum, which will be launched in a month, and the neighborhood of Nazareth.

In the same way, he explained that the new line constitutes an instrument of social cohesion, given that it allows all the residents of the city to have equal opportunities by making more infrastructures, more accessible facilities and facilities for their use available to them.

In addition, he pointed out that the L10 will make it possible to halve the time it takes to travel from one end of the line to the other, given that the tram route between Alacant station and Natzaret station will take sixteen minutes, and between Alacant and Ciutat Arts and Ciències-Justicia, the journey will be eleven minutes.

Ximo Puig has referred to the Valencia tram as an "emblematic" project of the Generalitat for promoting the city and its public transport, and has recalled that the first metro line was launched in 1988 with President Lerma and the first tram , in 1994 with Minister Enrique Burriel, who made Valencia the first Spanish city to reintroduce the tramway.

For his part, the mayor Joan Ribó has highlighted the importance of this line, which connects with a "mistreated" neighborhood like Nazaret and has highlighted the Amado Granell-Monteolivet stop, which pays tribute to the Valencian who liberated Paris from the Nazi occupation.

To do this, in addition to the name of the stop, on one side there is a large mural by cartoonist Paco Roca that recalls the figure of Granell. Ribó thanked the artist for his collaboration.

During his speech, Puig stated that "it is time for sustainable mobility" for which more green energy is required, for which he has called for joint work to multiply the production of renewable energy.

Lastly, he underlined the support that European funds will provide for launching new projects that allow lines to be recovered and lower fares to help families, such as the Metrovalencia Frequency Improvement Plan, which has 235 million; the Alicante-Elche Metropolitan Mobility Network, with 316 million, or the Castelló Metropolitan Mobility Plan, with 117 million.

1 Vox and Cs attack the "mess" of the PP with... 2 A new asphalting plan begins that will reach all the... 3 Only 13,000 professionals and almost a million reservists:... 4 Tenth setback of Justice to the restrictions on the... 5 The Government opens the door for dairy producers... 6 Finland's NATO membership: Parliament votes in... 7 Ukraine: peace negotiations suspended, Moscow does... 8 Basque exports set a record in the quarter, but imports... 9 The Salamanca DA2 reviews the vast career of Lee Friedlander... 10 Balance of the municipal device of San Isidro: 7 detainees,... 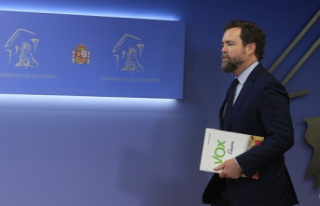