Ligue 1: Monaco doubles Marseille, Bordeaux no longer has any illusions

Everything will therefore be decided next week. 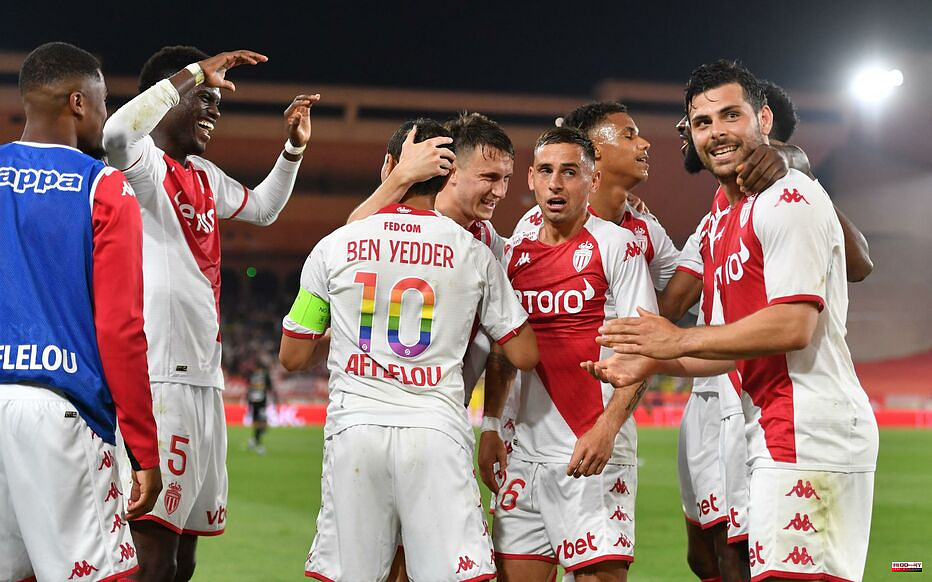 Everything will therefore be decided next week. We will have to wait a little longer, until next Saturday and the last day of Ligue 1, to find out who will accompany PSG in the Champions League and who will slide into Ligue 2. While Kylian Mbappé's partners were taking a health walk in a match without stake in Montpellier (0-4), the goals and twists multiplied on the other lawns of Ligue 1.

Marseille trembles for the Champions League

The fight for European places promised to be thrilling, captivating. She was. And, a week before the verdicts, the big loser of the evening is called Marseille. Dominated in Rennes (2-0), in a clash between direct competitors for the second ticket for the Champions League, the players of Jorge Sampaoli carried out the bad operation of the 37th day. For several weeks, they have multiplied failures and disappointments (they were beaten in the semi-finals of the Europa League Conference by Feyenoord in early May). The latest this Saturday when, defeated in Brittany, they saw Monaco dislodge them from their place of dolphin of PSG.

"It's hard to lose 2nd place, especially since we've been 2nd all season so it hurts a little tonight," confided Sampaoli. Now it is no longer up to us. But there remains this last decisive match at the Vélodrome (…). We were overwhelmed especially on actions without the ball. And when we had the ball, we lacked precision (…). We weren't at the level we expected. The Rennais were better in duels, better on both surfaces and more efficient. »

62 - @WissBenYedder has now scored his 61st and 62nd goals for Monaco in Ligue 1, making it the 4th best total, tied with Yvon Douis. Triple.

Untenable, irresistible Monegasques, for weeks recording their ninth success in a row. After being led 0-2 by Brest, they reversed the situation in a few minutes thanks to the inevitable Wissam Ben Yedder (4-2). The French international striker scored a hat-trick in 11 minutes. With his 22, 23 and 24th achievements, he is getting closer to Kylian Mbappé, leader of the scorer rankings with 25 goals.

Tied on points, Monaco, who travel to Lens (7th) next week, have the advantage in goal average over Marseille, who will receive Strasbourg (5th). "We didn't start well, the players were too tense but we always believed in it, savors Philippe Clément, Monegasque coach. Without believing in it, you can't do anything special. A few months ago, we would have lost this match and dropped to 0-2. We have a grand finale on Saturday. We have nothing to lose. And, for the first time this season, we will be able to watch during the last 10 minutes what the others are doing, to find out how to do it. Tonight, I had asked everyone never to know the results of the opponents before the end. And I have to be honest, some results made me happy. »

“We knew how to be patient, calm, calm, sure of our strengths, explains Wissam Ben Yedder. Now we have to move on to the last match. It's now 9 straight wins. One is missing. From Paris SG, we continue. We are calm, sure of our strength. But nothing is ever over. We want second place. We have our destiny in our hands. We will try to put everything in place to win this match.

Fourth with a goal difference clearly favorable to their opponents, Rennes can still hope to grab 3rd place, synonymous with the preliminary round for the prestigious continental competition. “Now there is one last game to finish well, warns Bruno Génésio, Rennes coach… We are not expecting any gifts from Lille. The championship has been very uncertain from the start, with sometimes very improbable results. It's going to be a great last day, even if we would have liked it to be settled earlier. »

The other loser of the evening in the race for Europe is called Nice, beaten on its lawn by Lille (1-3), the former club of Christophe Galtier. Les Aiglons are now 6th.

1 Montpellier-PSG (0-4): Idrissa Gueye, the absence... 2 Coupe de France: proud, cosmopolitan, penniless...... 3 Montpellier-PSG: "We will do everything to make... 4 Boxing: Tony Yoka loses the first fight of his conquest... 5 Montpellier-PSG (0-4): author of a double, Messi makes... 6 Montpellier-PSG (0-4): Paris is not yet on vacation 7 High energy costs: Cities save on street lighting 8 Ligue 1: Monaco is the new dolphin of PSG, Nice is... 9 Ligue 1: Bordeaux-Lorient interrupted a few minutes... 10 The government party in Sweden backs its accession... 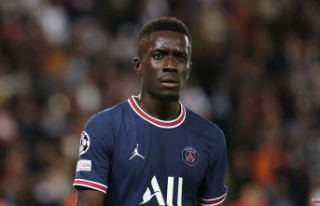