Lightning strikes a children's home near Caen: rooms, belongings and memories go up in smoke

"I heard a big boom," testified a neighbor. 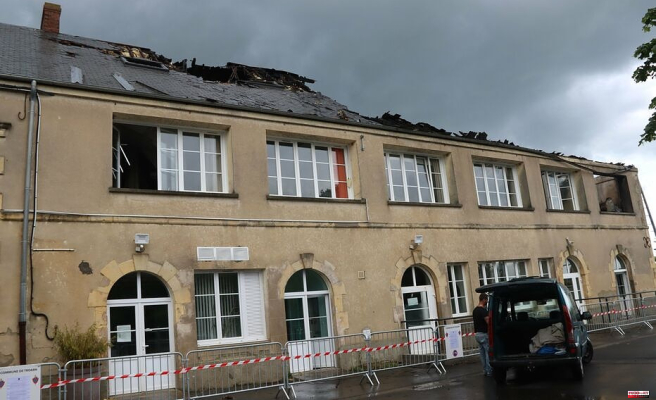 "I heard a big boom," testified a neighbor. This Sunday, May 15 shortly before 7 p.m., in full storm alert, lightning strikes the Troarn Children's Home, east of Caen (Calvados). There are a few of them on the floor of one of the buildings of this home, immediately evacuated, unharmed and brought to safety by educators. And for good reason: the lightning started a fire. Smoke rises from the building. Residents quickly called emergency services.

"The lightning completely fried the alarm system," says Christine Bastin, deputy director of the Œuvre Notre Dame association, which manages the site. A colleague, who is also a firefighter, called me to tell me that they were responding to the scene and that it was severe”. The flames devoured the roof and caused heavy damage in two hours, before the emergency services managed to bring the disaster under control.

In the aftermath of the blaze, the mines are tired in the teams of the Children's Home of Troarn. While the children are playing outside, the management takes stock: "The roof is destroyed, the floor is partially also. The rest is very damaged. It's completely devastated." Five rooms were located in this building, where live a dozen children welcomed in the home. "Very few cases have been saved," laments Christine Bastin. Clothing and school things are redeemable. But there were photos, cuddly toys and keepsakes... It's hard for already fragile children."

Psychologists called in as reinforcements

The eleven young people living in the blasted premises, aged 6 to 15, are "shocked". Despite everything, they found the strength to go to school on Monday morning. A psychologist is at their bedside. Another is mobilized in support of the employees of the structure. The children will overcome the trauma together since they are relocated to the site, in the other buildings, with the other groups. To protect them, the management preferred to keep them away from media solicitations.

The Troarn Children's Home will now "deal with the emergency. We will have to buy things back and erase this trauma. The Department of Calvados supports and will accompany the association, "slips the communication of the institution, in charge of child protection. In the privacy of the site struck by lightning, the teams close ranks. Sunday evening, when the electric shock had cut the power, the employees made a picnic, while reassuring the children about the events in progress. "In the bad memory, we try to create some good ones," hopes the deputy director.

While the electricity gradually returned on Monday, life resumed at the Children's Home, where a slight smell of smoke still wafts. Damage, such as images of the blaze and memories of lost belongings, will still take time to fade.

1 The German Minister of Finance foresees “negative... 2 Public debt rises again in March and rebounds to the... 3 Neinor Homes launches a €25 million share buyback... 4 The RFEF denies having hired detectives to spy on... 5 It's not just cognac and pineau: Charentais wines... 6 Sánchez sees a priority to end violence based on... 7 Picardo assures that the EU and the United Kingdom... 8 Masymas offers 250 jobs to reinforce the workforce... 9 Elon Musk announces that the takeover of Twitter cannot... 10 Road closures and punctual collapses in Barcelona... 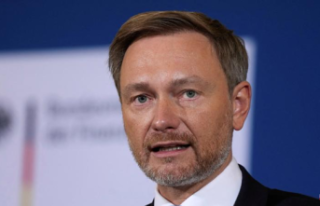